Guns you wish you had back

Ya ever sold a gun and later wished you had it back. I have several and regretted it. this one tops the list. man this thing was a blast but I traded it for something else I thought I had to have

This one is second probably. it was semi auto.

Fourth, actually this may be second 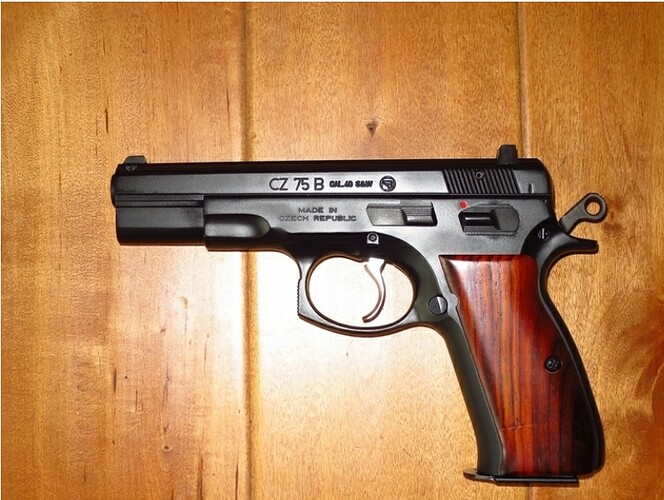 I sold my Radio SMG that was one of the original 8 guns made with the blue one used in Robocop 2. You can see it in this video of Monica shooting it.

I had an older model Colt ar9mm wish I still had, also a Remjngtoin black apache

Couple of M1 Carbines, a Garand, 1903a3, FAL, Browning High Power, a decked out PSL54, a real nice Cetme and a very nice Stainless Colt 1911…those top my regrets…but the list is long…verrrrrry long.

The Madsen M50 is a great shooting gun but I never have bought one because I hate the single stack mags it uses.

I had an FBI issued GLOCK 20
That was assigned the HRT. On top of that it was the first pistol I ever bought. That Glock was super accurate STOCK as it was from the factory it could group Hydra Shock (an anemic 10mm load But it was great for showing off especially vs 1911 guys) in .5” groups all day long at 25 yards. Another half dozen loads it was sub 1” with.

I miss that gun so much.

I had both a T-series and a C-series Browning Hi-Power. Both were in excellent condition with the T-series being completely original. I was an idiot to let them go. One day, I will get another good one in my collection.

oh yah
my 1936 Colt Government 38Super, I just went to buy another one (ten years newer) and could buy a really good used car for what they wanted.

I traded my Beretta 84FS for that horror show of a pistol grip shot gun for my husband. Having fired that f-ing thing recently, I really regret that trade.

Don’t hold back tell us how you really feel about it.

Ohh also thanks for reminding me and opening that wound

Some don’t seem to like them, but I wish I still had my Beretta 92FS.

Enfield P14 .30/06 with bayonet and lotsa stripper clips. I would never have wanted it in battle, but it was history and was in really good condition. I didn’t need to send it down the road.

Only one I wish I still had.
A colt commander in .38 super.
The first auto loader I actually learned how to shoot well.