Shooting and firearms from the female perspective. 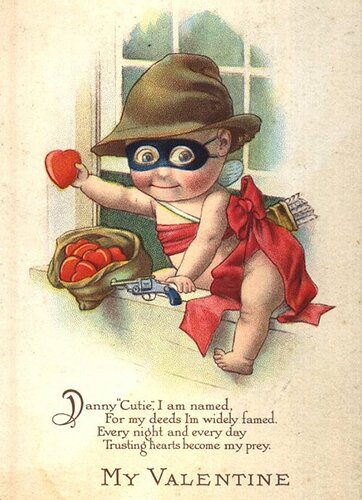 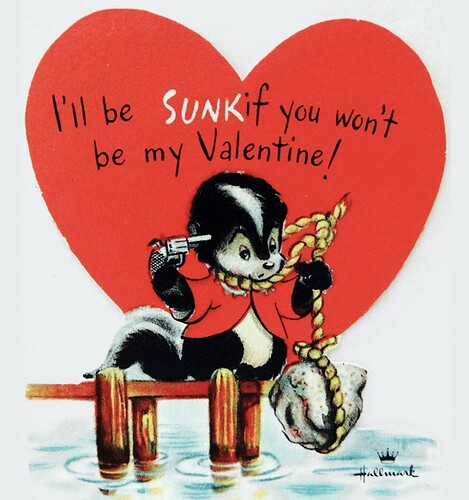 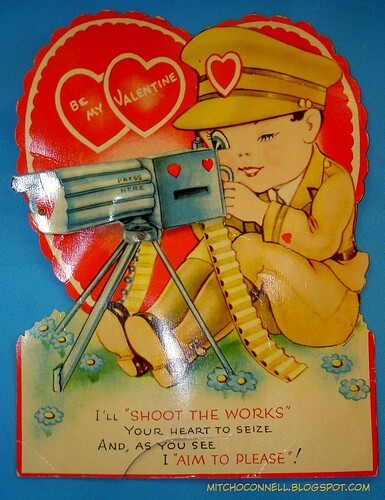 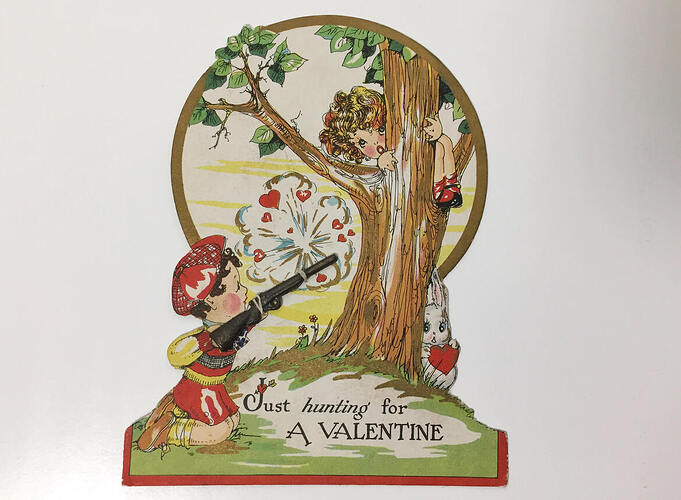 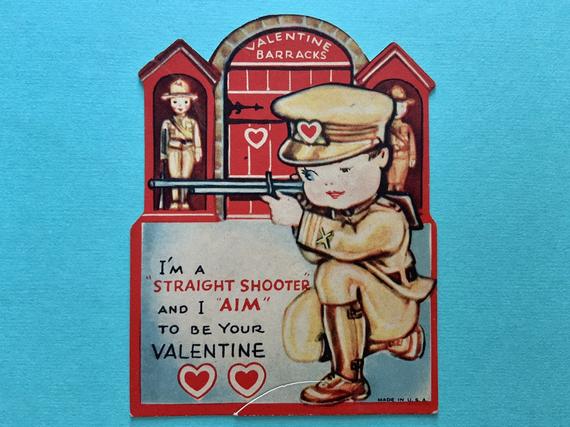 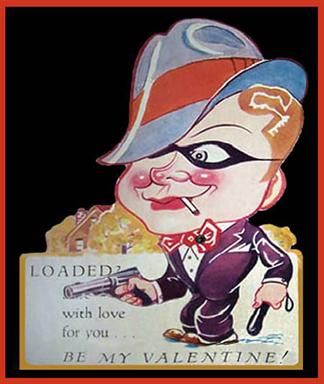 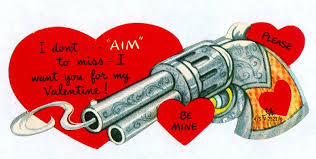 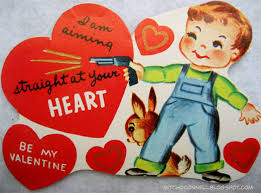 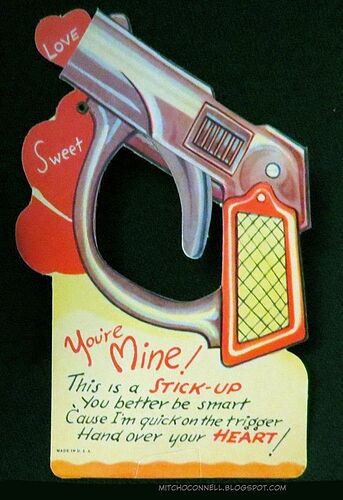 day, I should have had all the avatars don cupid hats

When I was younger & single, it was known as “Happy Venereal Disease Day”

When I was younger 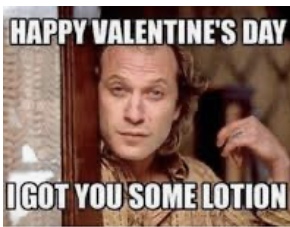 That Wilma was something!!!

That Wilma was something!!! 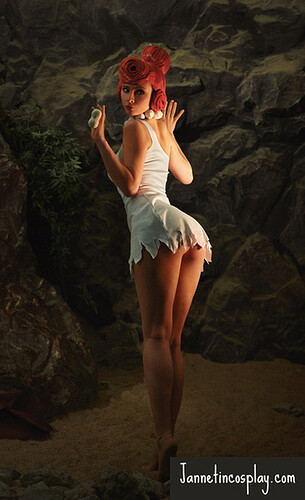 I’d give her the old brontosaurus bone!

When I was younger & single, it was known as “Happy Venereal Disease Day”

That’s why we stayed away from the gals in PA.

St. Valentine had his head chopped off in defense of marriage. 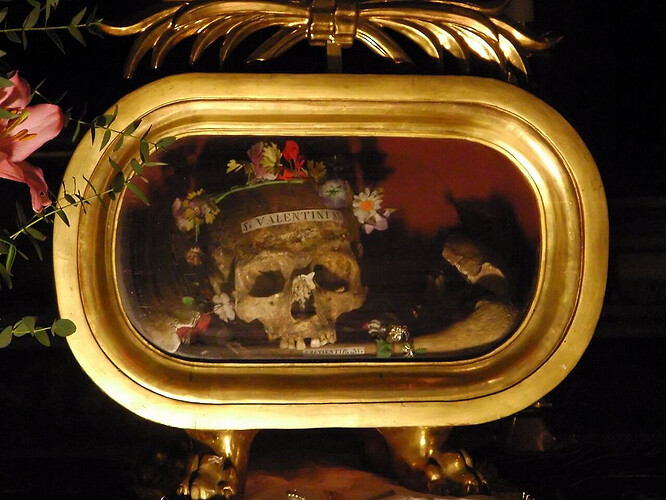 Under the rule of Claudius the Cruel, Rome was involved in many unpopular and bloody campaigns. The emperor had to maintain a strong army, but was having a difficult time getting soldiers to join his military leagues. Claudius believed that Roman men were unwilling to join the army because of their strong attachment to their wives and families.

To get rid of the problem, Claudius banned all marriages and engagements in Rome. Valentine, realizing the injustice of the decree, defied Claudius and continued to perform marriages for young lovers in secret.

When Valentine’s actions were discovered, Claudius ordered that he be put to death. Valentine was arrested and dragged before the Prefect of Rome, who condemned him to be beaten to death with clubs and to have his head cut off. The sentence was carried out on February 14, on or about the year 270.

Wondered how @Belt-Fed got hitched back then…

So all these years I been blaming Valentine and I should have been mad at ol’ Claude . Thanks to that knucklehead I have to spend money every Feb.14th on food or candy or flowers when I could be buying ammo .

My wife bought me a Colt AR for Valentines one year, Sporter HB

I should remind her

I am gonna give ya a

beer and raise you 2 beer’s 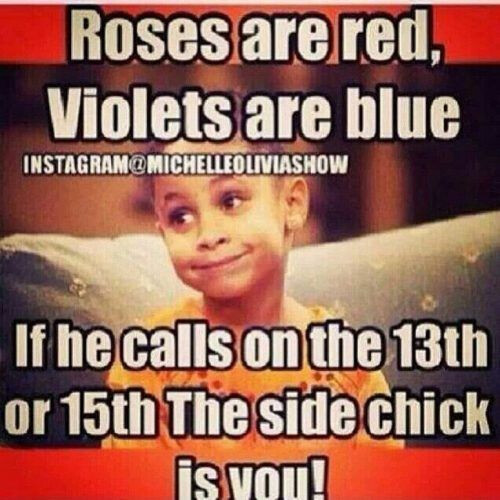 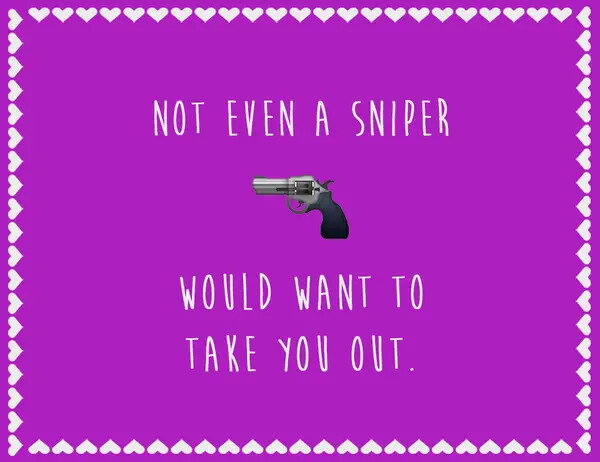