Has bushmasters quality gone up?

It’s a tough thing to love what a company makes to only have them sell the company and then the quality goes out the window.
Unfortunately Bushmaster is one of those companies. Bushmaster got its hold on the market by way of Colt. Colt decided to neuter their rifles sold to the civilian market. All the while the civilian market just wanted a more accurate representation of the military’s rifle. Enter Bushmaster, they would give the customers what they wanted (along with a few other companies). During this Colt still didn’t care for the civilian market until the losses of not offering what people wanted overwhelmingly showed them the losses of “playing to the government contracts”. Think of it like the domestic H&K.

Well a few weeks ago I seen that CDNN has a interesting parts kit. All Bushmaster parts and the total complete rifle including shipping and transfer cost was $455.95! On Bushmasters website the same rifle costs $895.00! Big difference if you install 3/4 of a lower parts kit, a BCG, and a charging handle.

All the parts are mil-spec and look good. 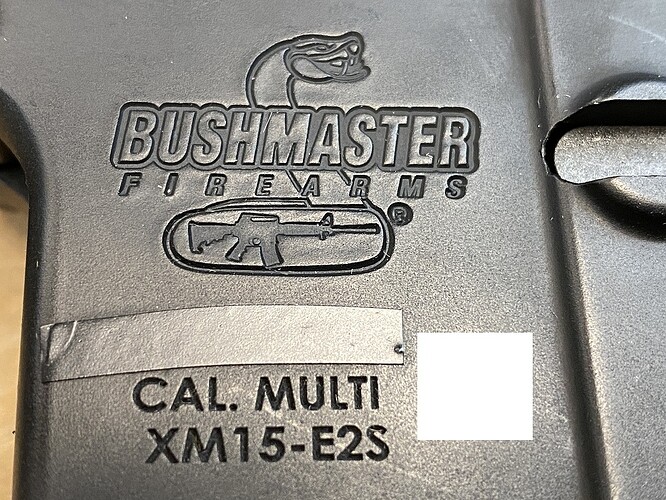 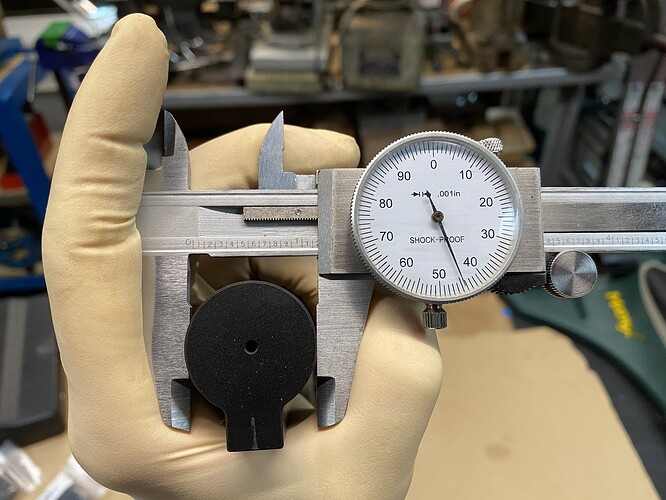 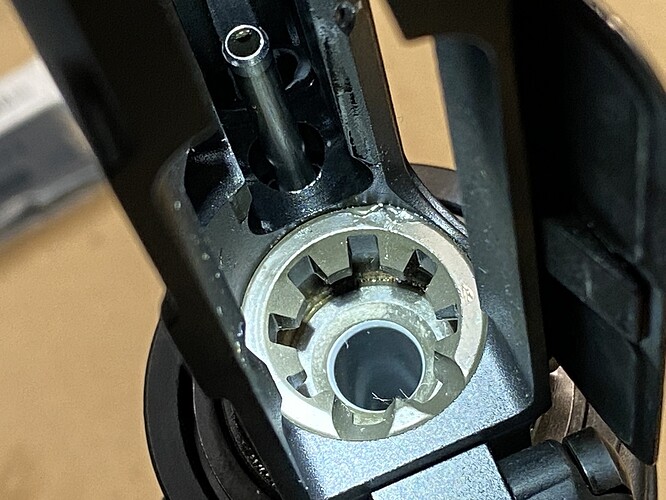 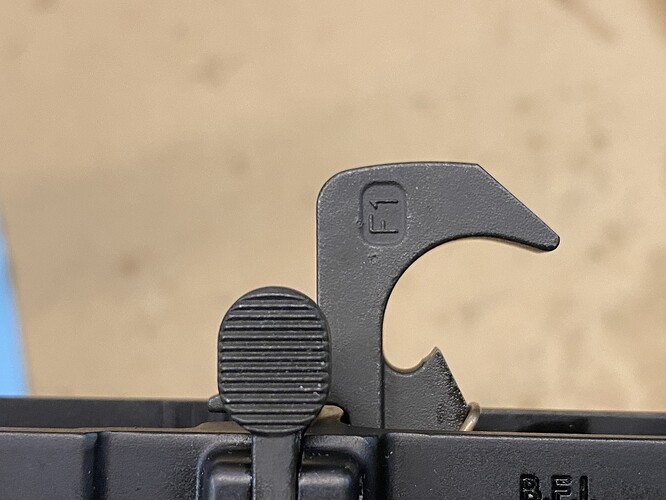 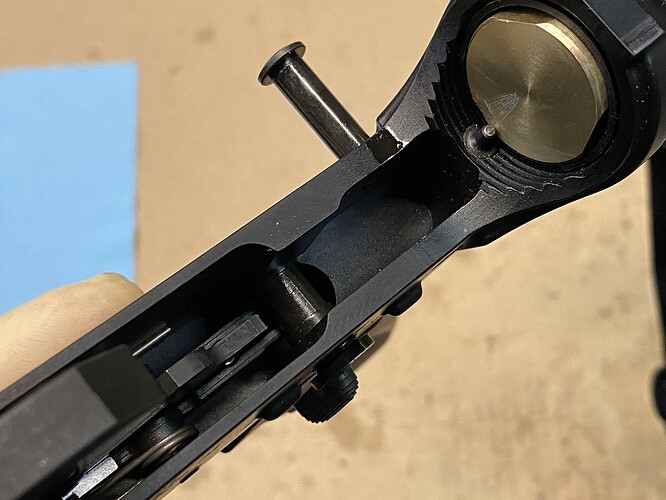 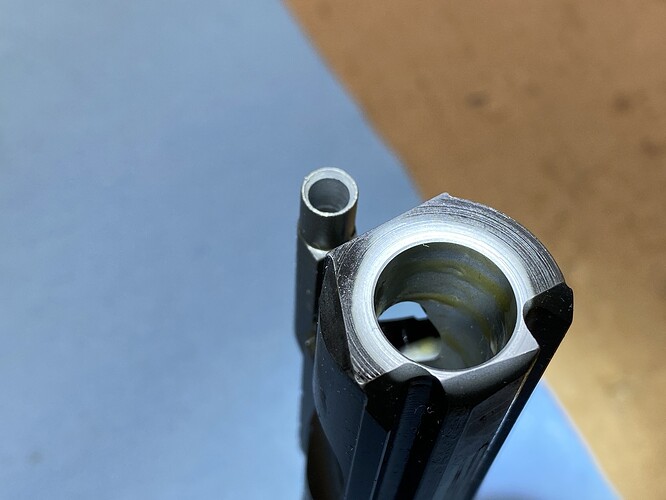 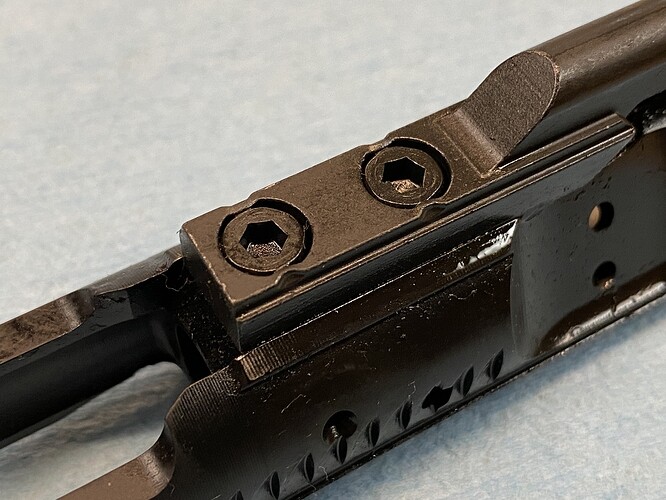 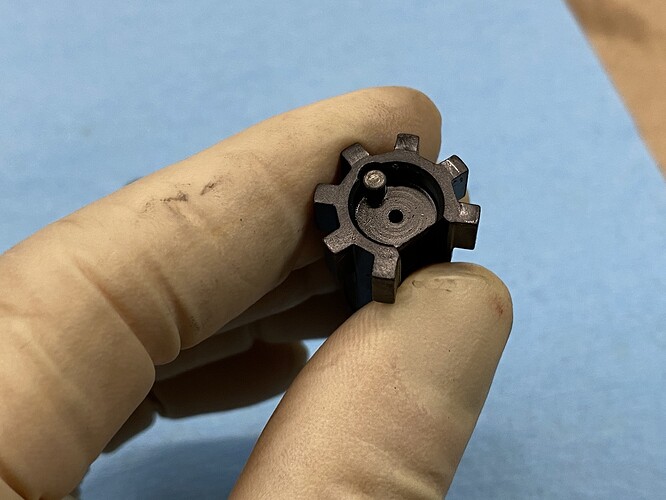 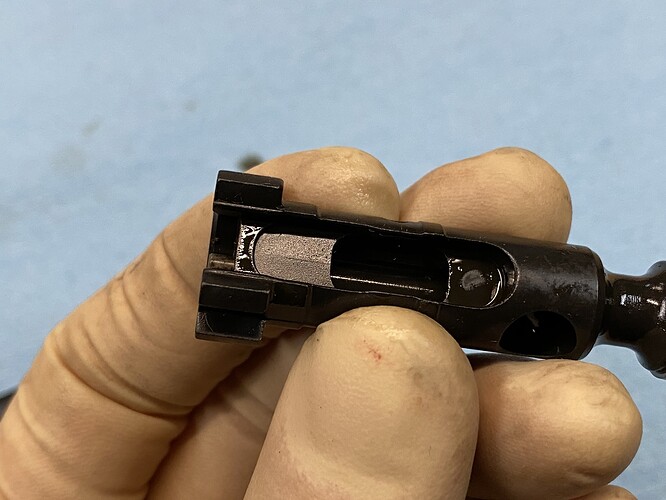 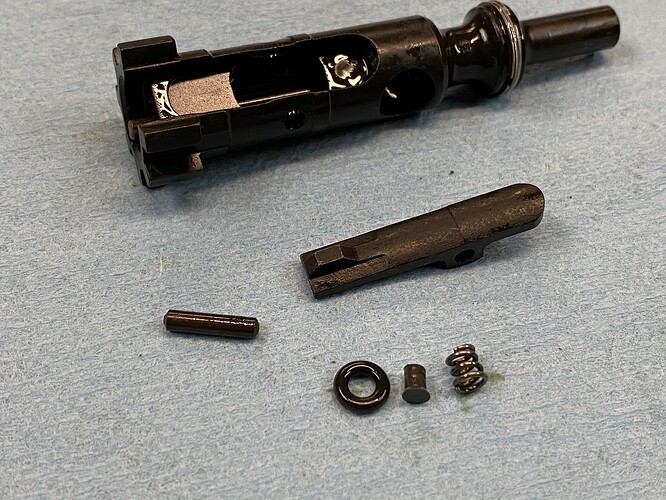 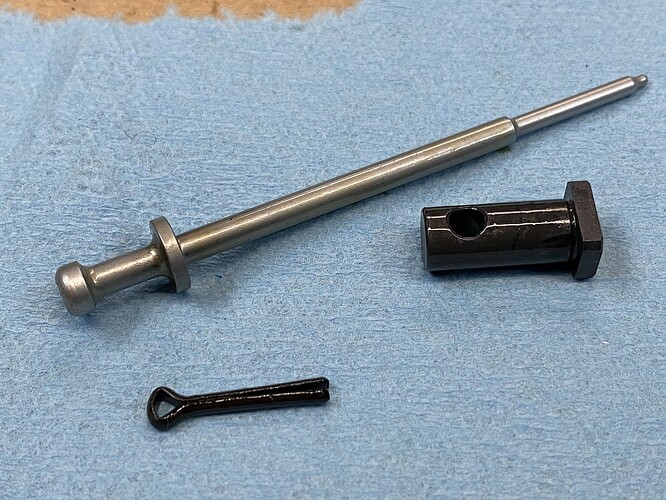 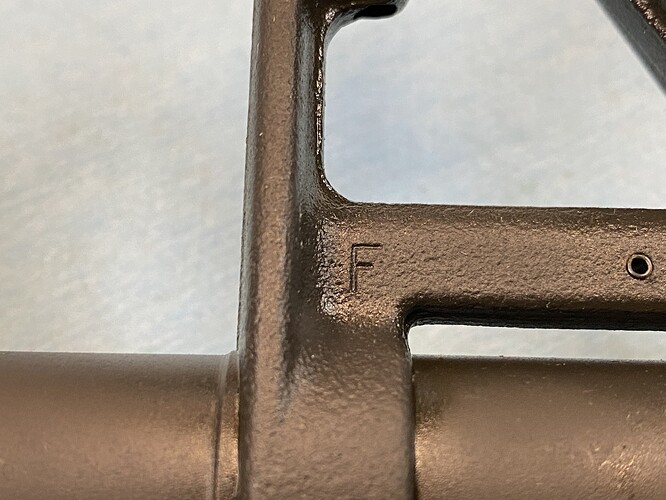 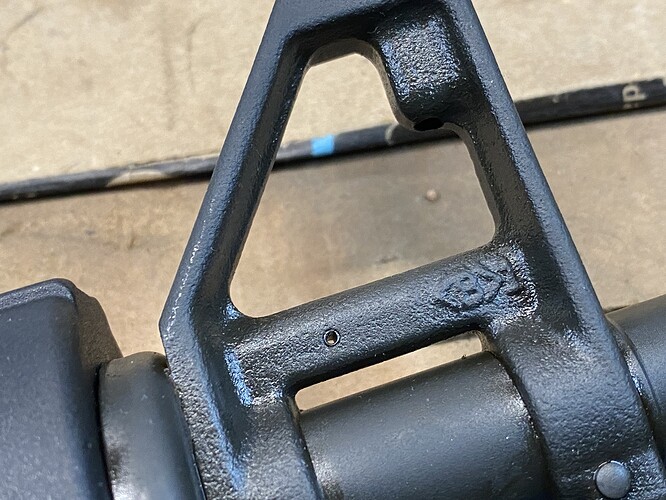 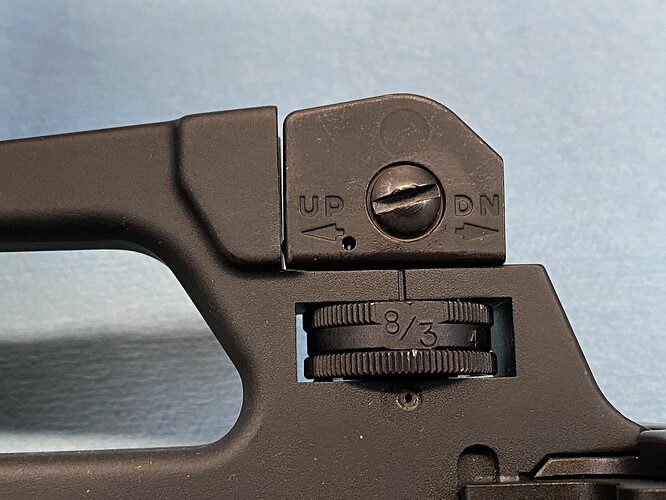 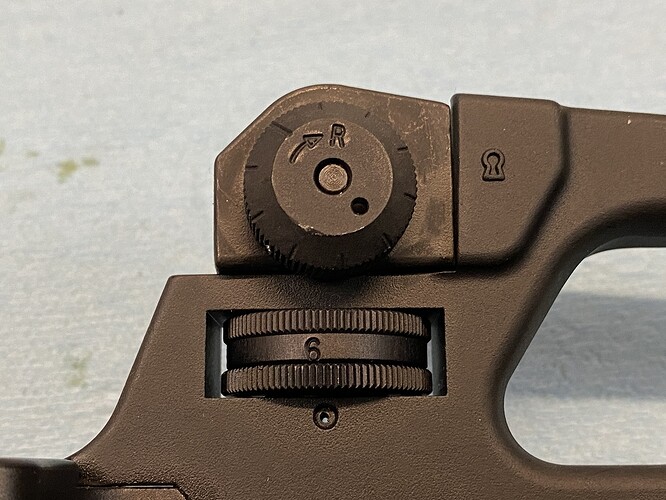 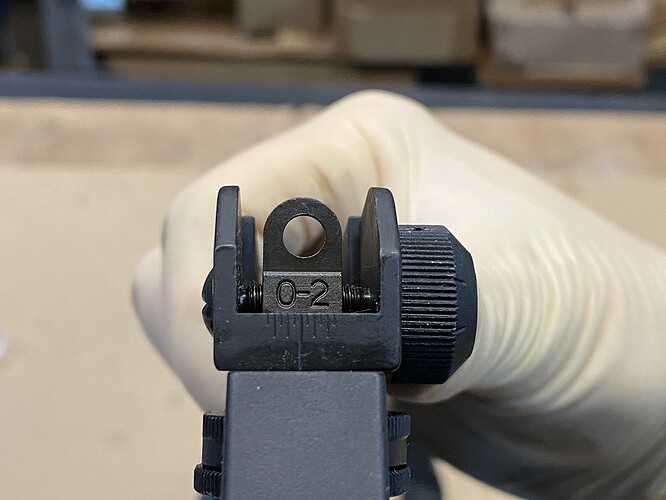 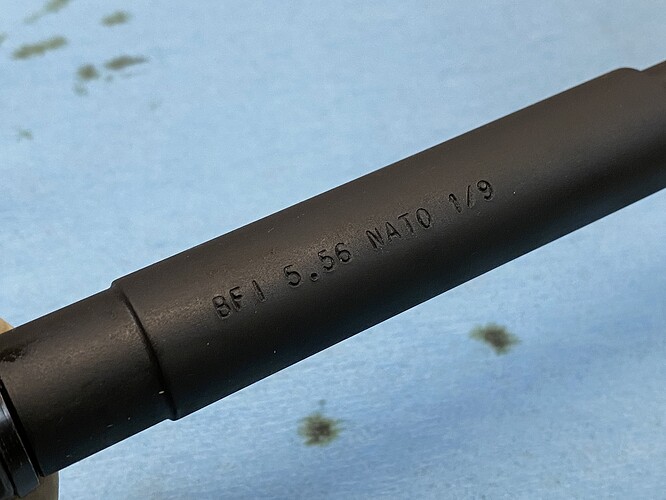 And here is a video of going over all the parts.

So what do you think?

Looks good from the pics. I would buy it.

It’s hard to beat the price. I realize that you can get a cheaper one from PSA, but it sure will not be chrome lined.

I have had a few bad experiences with Bushmaster, one with an ACR and the other with a polymer lower cracking.

That sucks, I’m sorry to hear that.

I have heard too many horror stories about polymer lowers, I would never buy one.

Bushmaster… meh. I could take it or leave it to be honest. But if someone is just looking to get into the AR game with a low cost, entry level rifle, this is absolutely the best way to go. Nice video and pics @switchpod

I have heard too many horror stories about polymer lowers, I would never buy one.

I couldn’t agree more. A friend of mine won one at a VFW raffle and asked if I could help him build a 22LR version with it for his grandson. It was hands down the most difficult build I’ve ever done just putting the LPK together -didn’t help this was some no name budget kit he bought from parts unknown. So nothing lined up properly and things had to be “massaged” considerably to get them to fit. The upper and lower were extremely tight given the take down pin holes were drilled too far apart from each other. They were also a little high, meaning you could see clear through the rifle even when it was assembled. I told him it’d either wear in or crack at some point. Well, it cracked. The best part of the story is his grandson learned to shoot with the thing and the lower was free. We both surmised: it served it’s purpose.

This thread takes me back to 10-15 years ago when everyone said to stick to the “A,B,Cs” Armalite, Bushmaster, Colt.

I think LMT was around too but in very small numbers. Man how times have changed, I dont even know what happened to Armalite.

Man how times have changed

Indeed. We’re living in the Golden Era of AR’s. Enjoy it while it lasts.

Has the video been pulled by YouTube already? If so, dang that was fast.

Ha! @spook I agree with your comment, but truth be told I am the one who pulled the video. I made the mistake of not covering up the QR code on the lower. This was a mistake on my part. Unfortunately in the video there’s a bunch of closeups of it as well so I tossed the video.

Ah, okay. Makes sense. I did wonder why you covered it up in the pics and not the video.

I used to have a lot of respect for Bushmaster (colt pissed me off a while ago and continues today). That was before they got bought out. Quality went down and prices didn’t reflect the new quality. That was my honest concern when you released the new video. I am glad that the Bushmaster name is making a comeback and the quality looks like it is returning.

I switched over to Windham Weaponry for AR’s and really liked the quality. After all, they are the old Bushmaster people that moved across town and pumping rifles out again.

switched over to Windham Weaponry for AR’s and really liked the quality. After all, they are the old Bushmaster people that moved across town and pumping rifles out again.

Not the biggest fan of Windham but they seem much better built than Bushmaster. Colt builds solid basic rifles but they are kind of cunty. Im with everyone else now and wont buy Colt. Even sold my 6920, I just cant do Colt anymore.

My buddy was issued one in the esrly 2000s on some security gig. He said they were decent but their armorer guy replaced alot of crap. No idea why a security company would use such crap gear though.

My goto budget brand brand is Aero Precision. They are pretty solid at a decent price. PSA is less consistant but can be rather good for even cheaper, if you know ARs then PSA could be a real deal. Theres just small things you need to check.

I would never get rid of a good rifle because company changed with the political winds…If it was a bad rifle then it would not matter either way, I carried quite a few Colt’s in the Military and never had any issues.

Check this out, Colts new thing is butchering feedramps with a dremel

, there are a lot of people hsving this issue. Here are some arf threads with pics. Looks like post-2018 models are the ones that get bad.

What Happened To My New Colt Commando? (Now a discussion of gas) - Page 1 - AR15.COM

Hey Colt! Get your fricken Dremel monkeys under control! - AR15.COM

Firearm Discussion and Resources from AR-15, AK-47, Handguns and more! Buy, Sell, and Trade your Firearms and Gear.

Firearm Discussion and Resources from AR-15, AK-47, Handguns and more! Buy, Sell, and Trade your Firearms and Gear.