Hello from Down Under!

Hey guys,
Thanks for welcoming me aboard. I started a channel in March and I’ve only posted an intro video. So I thought I’d better put an intro thread on here. I live about 2.5 hours from Sydney in country NSW and I hunt, shoot, reload and I’m about to try and get into casting.

I’m involved in pro-gun politics here, as well as pro-fishing and pro-rural community politics and I’m reasonably acquainted with the issues involved in our state. In a country famous (and infamous) for “effective”(extremely debatable) and heavily restrictive gun laws that’s a lot.

In my everyday life I’m a teacher and muso, a family man with 8 kids(hence the username) married to the same great lady for 23 years, and first and foremost a Christian.

So, I look forward to taking part in this platform. Cheers & God Bless!!

Welcome to the cool group!

@HerdingCats welcome to full30. Glad you made your way to the intros.

Here in the states reloading components are sloooowly becoming available again after a shortage for the last year. How is supply and demand down under?

There’s actually not been an issue with reloading components……well, aside of the cost. Primers have been a tiny bit harder to come by but so has rimfire ammo. Winchester used to have an ammo factory here that made 22LR, 22WMR (I think?) and 9mm. But they closed it for reasons none of us understand and, like you, we’re now at the mercy of manufacture and supply. Even more galling, the Aussie made 22LR hunting ammo was very accurate. I can only think the 9mm would’ve been really inexpensive to the US company after currency conversion, too. So we’re all still mystified why they shut it down.

But I digress. ADI Powders, part of the French Thales Group who own the Lithgow Small Arms Factory and other defence industries, make a number of Hodgdon powders, like Varget and H4895, as well as their own types so we’ve been fine. Sierra bullets are really expensive here, much more than in the past but aside of that prices haven’t risen crazily and we’ve had consistent stock, at least from what I’ve seen and heard from anecdotal sources. People in the industry may say differently.

And OSA/Aussie Outback Ammo factory ammunition (made by ADI……Australian Defence Industries/Thales) is extremely available in 223, 243, 6.5CR and 308 and it’s very accurate. I’ve NEVER reloaded 223 since I bought one 5 or 6 years back the OSA ammo is so good. I’ve got roughly 1100 once fired 223 cases sitting in ammo boxes in my study waiting for the day it’s worth the trouble. So we haven’t suffered from the ammo shortage during COVID.

Sorry. I banged on a bit, but I hope that helps to understand stuff in Australia.

Well welcome @HerdingCats our most Southerly Member from the most Northerly Member and one who knows how flavour is supposed to be spelt.

Hi, welcome from Arizona! What guns do you shoot?

Well, no semi-auto rifles or shotguns. Also don’t shoot pump shotguns and I don’t have a handgun licence, something I hope to do in the future depending on circumstances. But modern bolt guns in 223, 7-08 and 308, some original Martinis in smokeless cals, 22lrs and many of our club members have BP guns so I’m often allowed a shot of Sharps, High Walls and Trapdoor repros, original Martini Henrys and Alexander Henry rifles and carbines, and an array of muzzle loaders. I shot Service Rifle with a SMLE for a while but I had recurring issues with stock splits so I’ve gone away from them.

Welcome to the forum

Not sure whats more depressing though, the state of your firearms restrictions or knowing the US is on the same path

Thanks for the intro 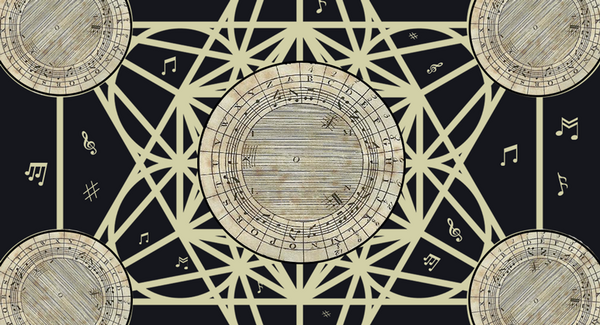 With Musical Cryptography, Composers Can Hide Messages in Their Melodies

By mapping notes to letters, some musicians sneak secret words into tunes.

Welcome to you from the outback of the USA, aka Arizona!

Welcome to Full 30 from central Maine!

Hello from the Ozarks . That’s in Missouri but alot of us would like to be our own state.

Good to have you here

Thanks so much for the welcome, fellas. I really need to get my act together and film another vid for my Full30 channel.

ok, got me, what channel is yours?

G’day from near Raleigh NC