Welcome to the forum @MinutemanPatriot!

Thanks for the great vice president!

I wish he was as great as Trump, but in all honesty he’s as establishment as George H.W. Bush. And like Bush was foisted on Reagan by the GOP, so Pence was foisted on Trump. Sadly, most of the GOP are RINOs and they’re in it for the power & money, not MAGA.

Welcome to the forum. Since you have to be from somewhere, the middle of nowhere is a good place.

Welcome to Full30 forum @MinutemanPatriot Good to have you here. I’ll be driving right through that middle of no where in a few weeks when I’m heading to Indy for the NRA convention.

If you’re a content creator on Full30, join
If you’re a podcast or wish to have a podcast, please contact me about linking up

Your read it right, the FULL30 channel list is growing, and active forum members get moved to the front of the line. It is slow, tedious and pricey _With our current channels our video processing and bandwidth costs are approximately $10,000/month. This cost is actually VERY low for hosting video due to our years of optimization and custom built video solution, but If we were to open the doors to all creators over night the entire company could be crippled by a six figure bill in the first m…

Welcome to the land of Guns and Bullets!!!

Welcome to FULL30 and forum, glad you are here. I see you have already been abused by the welcome committee. It is sometimes 1 year or more before most get the satisfaction of being abused.

Welcome from a fellow Hoosier!

Look into that a little more. He signed it, then he signed the bill that backed way off of it just months later because he took a bunch of flak. Everyone remembers the first part, the second part was widely ignored. The man only has principal when someone is watching AND when he thinks it benefits him. Pence=RINO

Yep, Pence went squishy when the libtards in Indy screamed their heads off at the religious liberty law, because it provided ironclad protections for people with sincerely held beliefs from the forced acceptance of values they find abhorrent (i.e., being forced to do the bidding of perverts, atheists, et.al.) and that go against their religious teachings. So Pence basically signed a revised bill. But that revised bill was passed by the same GOP-dominated legislature, so the whole GOP establishment in Indiana went yellow. If I had been Governor, I would’ve said, “sue me”, let the courts here settle the matter as to its constitutionality, and the opposition would have been ruled against. But NOOOOO… Pence had to genuflect before the false god of tolerance and diversity. 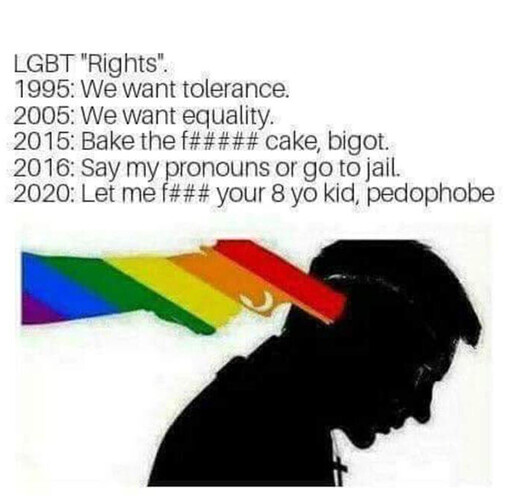 Thanks. Been here for a little while now. I need to post more, but I’m reading “Unintended Consequences” and that soaks up a lot of my time.

@Caw did a book thread somewhere, unless you already posted, which, my bad if you did

I’ll look for that thread.