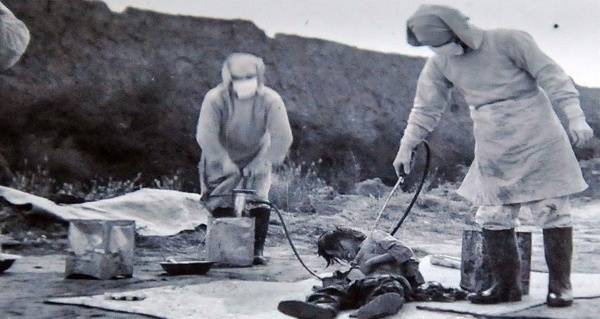 6 Horrifying Human "Experiments" That WWII Japan Got Away With

The gruesome story of Unit 731 and some of the most disturbing doctors in human history.

I read about this before. The atrocities the Japanese committed in unit 731 were on par with Nazi Germany’s Josef Mengele, the “Angel of Death” at Auschwitz. Josef Mengele ([ˈjoːzɛf ˈmɛŋələ] (listen); 16 March 1911 – 7 February 1979), also known as the Angel of Death (German: Todesengel) was a German Schutzstaffel (SS) officer and physician during World War II. He is mainly remembered for his actions at the Auschwitz concentration camp, where he performed deadly experiments on prisoners, and was a member of the team of doctors who selected victims to be killed in the gas chambers[a] and was one of the doctors who administered the gas. With Red Ar...

The article falsely says that the results of the research were lost. In fact, the Japanese officers surrendered the data to the US government in exchange for legal immunity. Unit 731 (Japanese: 731部隊, Hepburn: Nana-san-ichi Butai), also known as Detachment 731, the 731 Regiment, Manshu Detachment 731, The Kamo Detachment,:198 Ishii Unit, Ishii Detachment or the Ishii Company, was a covert biological and chemical warfare research and development unit of the Imperial Japanese Army that undertook lethal human experimentation during the Second Sino-Japanese War (1937–1945) of World War II. It was responsible for some of the most notorious war crimes carried out It was o...

The research was largely declassified and is available at the US National Archives site.

Hitler did refer to the Imperial Japanese as “Yellow Aryans”

Funnily though, when the Jews of the Mir Yeshiva fled Europe and landed in Japan, the lore says the Germans told the Japanese to redirect the boat and sink it. This shocked the Japanese command, so they asked the head of the yeshiva why the Nazis hated the Jews so much. He answered, “Because we aren’t Aryans. We’re an Eastern people.”

So the Japanese gave the Jews amnesty.

I get the impression that the Axis alliance between the Nazis and the Japanese gunta was more an emotional sympathy than a strategic and ideological cooperation. Germany was repressed, Japanese was repressed. Germany wanted to regain lost territory, Japan wanted Korea and Manchuria. The Allies stood in the way of that.

The Japanese military units seemed to operate in competition with each other with little collaboration or knowledge sharing. In a way, though gruesome, is not surprising that highly ambitious and aberrant soldiers clawed their way up the ranks to make names for themselves. As for the dismemberment and live experimentation, it recalls the traditional methods for testing samurai swords: on condemned criminals and their corpses. For the Japanese, the use of foreign prisoners could merely have been expediency.

For the Nazis, eliminating untermenschen was their core ideology.

Either way, it was grisly, and an awful chapter in the history of otherwise proud cultures.

When my rabbi of blessed memory would talk about the Nazis, he put it this way. There once was a land known for the greatest advancements in human knowledge. The best of the best gathered there: in physics, in engineering, in psychology, in music, in philosophy. It was a haven for sophisticated intellectuals, an advanced country, the last place you would suspect atrocities. This was Germany, before the Great War.

Science, pure logic, cannot tell you right from wrong. Reason is easily perverted. We must educate our children to know absolute right from wrong, and that there is a Source for right and wrong whom no human can dispute.

Bill Gates and big pharma are doing the same thing, but no on send them to jail.

There once was a land known for the absence of God
…
…
We must educate our children to know God.

Easy fix, no thanks needed.

Like I have always said, animals don’t treat each other as bad as human animals do…

Animals treat each other better than humans…

the Japanese gave the Jews amnesty.

Yet they committed the same exact carnage on the Chinese , but unlike the Jewish genocide it barely gets any attention. More Japanese supported the Imperials than Germans did the Nazis by a large margin yet the history books paint a different picture.

Still to this day many Germans are uncomfortable having any nationalistic views thanks to Hitler yet the Japanese have little remoarse culturally for thier treatment of the Chinese. Im not saying they should go full retard SJW either but acknowledge the past and make amends through proper education for future generations at least.

There is a sword martial art called Toyama Ryu that was created for the Imperial Japanese Army in the late 19th century , it is famous for its practioners hacking up unarmed civilians for cutting practice.
There was a famous competition they held to see who could kill the most prisoners, which were everyone from babies to elderly folks. 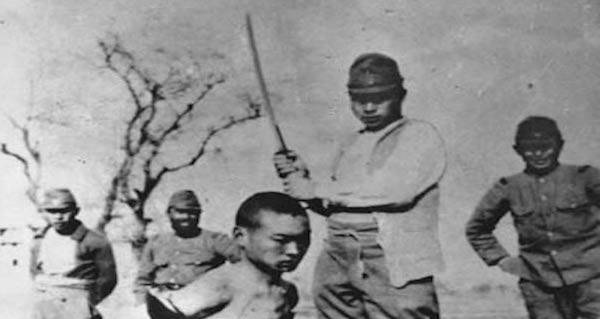 The Gruesome Contest Between Two Soldiers Trying To Kill 100 With Their...

During the Second Sino-Japanese War, a Japanese newspaper reported on the barbaric killing competition as though it were a sporting event.

Ive heard there are still Toyama-Ryu prsctioners that brag about these beheadings.

This martial art is pretty dark, heres some more of thier handy work 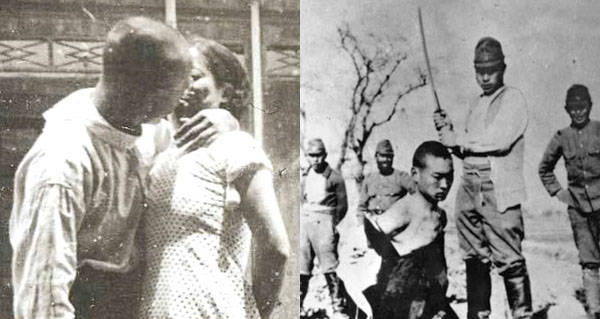 It's one of modern history's worst atrocities, and its deniers cannot explain away photos like these.

Like I have always said, animals don’t treat each other as bad as human animals do

Chimps do but they are the exception to the rule. They gang rape , murder, torture, etc. , its weird how higher intelligence and opposable thumbs seem to make creatures inherently more evil.

I’ve read 2 books on unit 731. One was from the pint of view from the investigators, who did what and how.

Chimps do but they are the exception to the rule. They gang rape , murder, torture, etc. , its weird how higher intelligence and opposable thumbs seem to make creatures inherently more evil.

There is a Jewish legend that rather than humans coming from monkeys, monkeys came from humans.

the Japanese have little remoarse culturally for thier treatment of the Chinese. Im not saying they should go full retard SJW either but acknowledge the past and make amends through proper education for future generations at least.

I found a list of apologetic statements by Japanese leaders over the decades. Currently it’s difficult to make apologies to China due to the current situation, but we can’t say that Japan feels no remorse at all.

This is a list of war apology statements issued by the state of Japan with regard to the war crimes committed by the Empire of Japan during World War II. The statements were made at and after the end of World War II in Asia, from the 1950s to the 2010s. At the end of the Pacific Theater of World War II, the Imperial Japanese government accepted the terms of the Potsdam Declaration. In 1945, the unconditional surrender of the Empire of Japan was formally confirmed aboard the Allied battleship, ...

Thats not a common sentiment culturally and many condone what happened. How many Germans do you hear of condoning the Nazis behavior? Far far less because they acknowledged those acts for what they were and culturally its unacceptable and not in anyway justifiable.

There is a Jewish legend that rather than humans coming from monkeys, monkeys came from humans.

Do you know the name of that legend?

There is no name for the legend. One place, which is what I had in mind, says that some of the builders of the Tower of Babel were punished by being turned into apes and demons.

Another place, which I was unaware of until now, says that the descendants of Cain became monkeys.

De-evolution of the Human – A Mystical View on Primates

Q: My question concerns the de evolution of the human to the level of primate. Can you explain if this occurred in concert with the y'reidah of Adam Harishon, his progeny or others? Will the ape receive...