Thanks for that incredible story.
Does anyone really win in any war?

Does anyone really win in any war?

Yes. We do. All the time. And the more we win the less desire others have to fight us. To that end, let’s keep the fight as unfair as possible too while we’re at it.

Thanks for that incredible story.
Does anyone really win in any war?

The only reason we are free from the crown is because brave men went to war. Without it I would be eating crumpets and drinking tea with my pinky sticking out.

Yep.
The rich get richer on the blood of heroes and patriots.
Eisenhower warned us.

That’s a quote for those who don’t study. Too many people hear something and jump on board with it so fast before even studying the history that started said war or what may become of inaction. There are few wars we have Fought that was not worth fighting and mean FEW

A quote for us who do also

Revolving door between Pentagon and defense contractors continues to spin

A report released Monday by the advocacy group Project on Government Oversight (POGO) lends new visibility to long-standing concerns about a revolving door between the government agencies that award massive contracts for military supplies and...

Plus all the PAC money washed for bribes.
https://www.opensecrets.org/industries/contrib.php?ind=D

And found this while “studying”.
Surprised me, but then I realized where we are at this point.
Bribe er ah I mean hedge your bets. 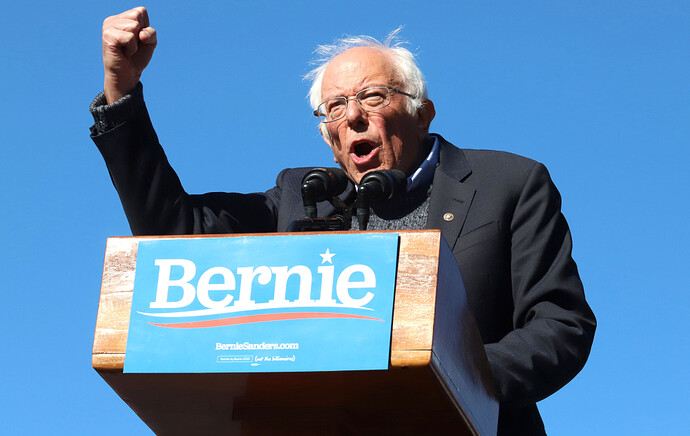 Defense Industry Gives More to Bernie Than Any 2020 Candidate | The American...

Forget your assumptions--the Big War influence game is all about relationships and access.

In your opinion, which ones were not worth fighting?

Vietnam seemed pretty pointless. I havnt read very deep into it though. The rest are chess matches between politicians, war dosnt seem like a very black and white matter though.

found this while “studying”.
Surprised me, but then I realized where we are at this point.
Bribe er ah I mean hedge your bets. 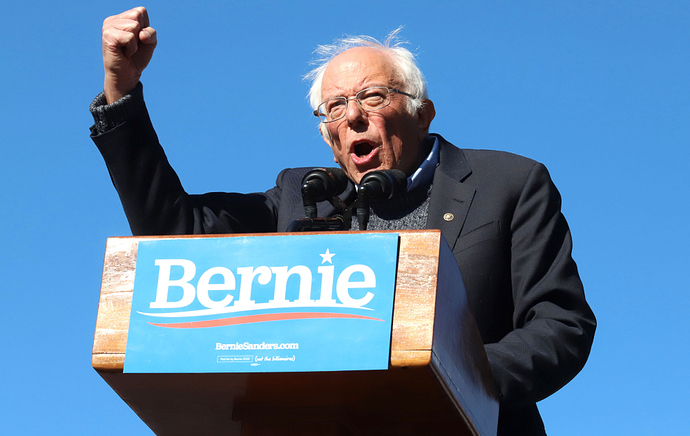 Forget your assumptions–the Big War influence game is all about relationships and access.

Interesting, Bernie is a real pos. He is the only lib that stands a chance of winning 2020 against Trump too. Kind of scary.I

The ending made it pointless. If we would have been allowed to win that region would be in better shape. However I agree this one is lower on the scale. The Iraq war was also a bit lower on the scale because there was no weapons of mass destruction.

The Iraq was is really quite interesting. The first one was worth it, the second was not so much. The history of American cooperation with Iraq goes back quite a long ways too. But out of all the wars I would say those two would be the two I would disagree with but not exactly 100% in disagreement

With the way our country is turning into a progressive toilet, The revolution will seem pointless before too long. 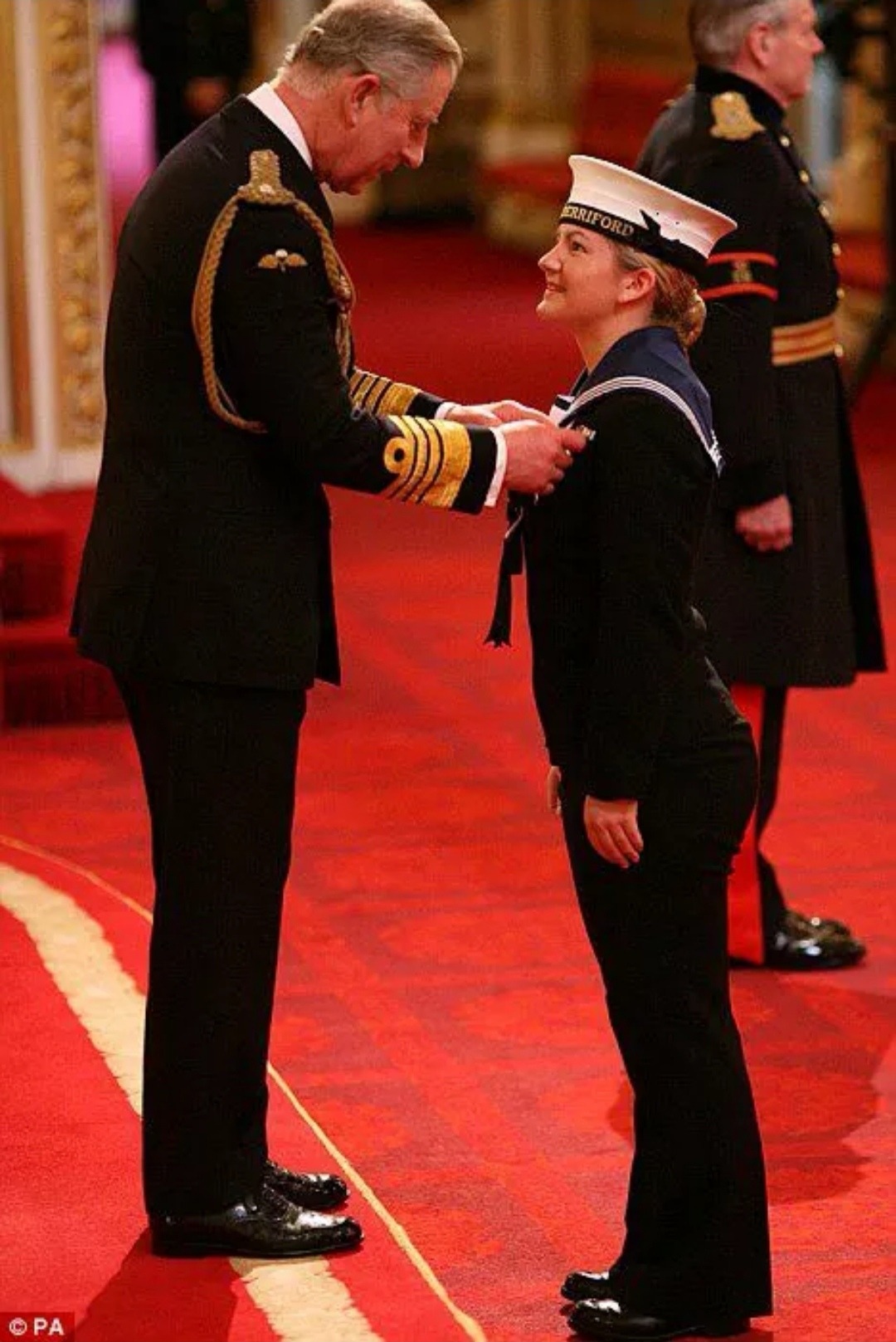 She stands precisely 5ft tall in her everyday shoes and her smile is disarmingly sweet.

Kate Nesbitt doesn’t immediately fit the image of a fearless military hero, not off the battlefield at least.
But there are probably few people a critically injured soldier would rather meet in the chaos of a desert gunfight than this 21-year old blonde in full flight.

Bravery: Kate Nesbitt receives the Military Cross from the Prince of Wales during investitures at Buckingham Palace in London. And the sight of her sprinting through an Afghan war zone under heavy machine gun fire is almost certainly one that Lance Corporal John List will remember for the rest of a life he now owes to her astonishing display of courage

Kate, a medical assistant serving as an Able Seaman with the Royal Navy, raced 70 yards to the stricken soldier’s side as he nearly choked to death from a gunshot wound to the mouth. She cut open a temporary airway and treated him for 45 minutes as rockets whizzed overhead and bullets thudded into the ground nearby.

Yesterday her ‘inspirational’ bravery was rewarded at Buckingham Palace when she became the Navy’s first woman to be invested with the Military Cross. Then, with a few modest words, she underlined the remarkable spirit of loyalty that bonds Britain’s servicemen and women on the front line. ‘I promised my friends and comrades I’d be their medic,’ she said. ‘I promised I’d be there if they ever needed me. They needed me that day - so when the call came, that’s just what I did.’

Kate, from Whitleigh, Plymouth, stepped into the history books as only the second woman to be awarded the MC, one of Britain’s highest gallantry awards, as well as becoming the only MC Wren. Presenting her award, the Prince of Wales bowed to what he called her ‘extraordinary’ heroism.

Her citation read: ‘Under fire and under pressure her commitment and courage were inspirational and made the difference between life and death.’ 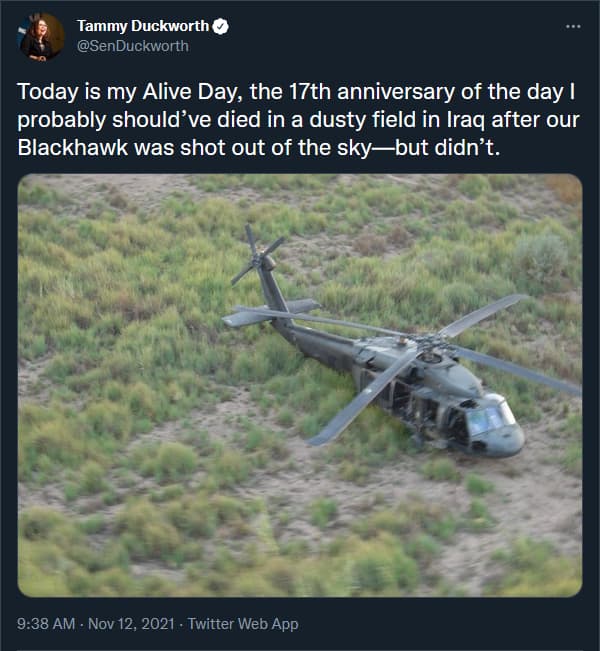 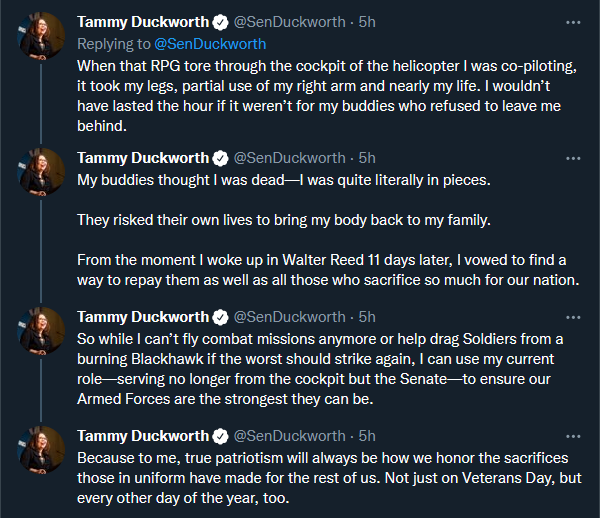 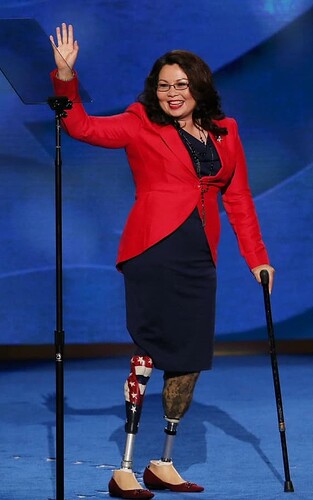 Right down the street from me. Every town should do this.

Reading the tweets I expected it was more politician BS but the pics show that’s not the case, pretty amazing story too