I have to brag on these three companies

First is Hexmag, I ordered a couple of their mags and they came in and they had the restrictor plate in them. they were only 15 rounds and I thought I was ordering the 30 round.

I didn’t order from them directly, I think it was midway. anyway I ordered the wrong one. it was my fault. so I have a couple 30 round mags that will only hold 15. the only thing that I needed was a spring. So I e mailed hexmag and they never responded. A few days later I e mailed them again. I was asking if I could just buy a couple springs. About three days later I get a call from the president of hexmag.

He apologized for not answering the first e mail. I told him not a problem and explained i ordered the wrong mag and wanted to buy a couple springs. he said they can’t sell the springs but since we didn’t answer your e mails i’m going to send you three 30 round mags free.

I said WOW, you don’t have to do that it was my fault on ordering them, he said we take care of our customers and ask me what color i wanted. i told him and not long they come in the mail. I told him that was mighty nice what you’re doin and thanked him. Soon after i made a purchase of several of their mags in 308 and 223.

Next is Leapers, I have their accu shot scope on a 300 blackout and was hunting in a ground blind one morning and didn’t see anything i wanted to shoot and unloaded the gun and leaned it against the blind inside so i could unzip it to get out.

well the gun fell over and the scope landed on a shooting stick laying on the ground. it broke the scope cover. it’s a weird shaped scope on the front and cover is odd shaped.

I e mailed UTG and ask to purchase a cover. The next day i got a call from them, She said we can’t sell just the cover but if you give me your address i will send you one out. I explained it was my fault and she said not a problem. i’ll get it in the mail. few days later i got it.

Now Buck knives, I had a buck clip on knife and the screws come loose on the clip and i lost a couple of them. Again i e mailed buck to buy some screws, got an e mail back that day and they wanted my address and said they would send some out free.

I thanked them and sure enough a few days they sent me a clip and screws. I put Loctite on these

I just wanted to brag on these guys and will continue to buy their products.

Wow, great customer service by all 3! (Remind me to never lend you anything

LOL, Yeah i seem to break a lot of stuff.

Sounds like he’s a great customer to me, admitting fault rather than placing it

Ive broke the end plate off a few Troy battle mags. Troy is not a very helpful company though.
Im with you on this though, I have shit luck with breaking stuff, I think the red hair has cursed me.
Even with guns, ive bought good brands and ended up with a lemon

With anything mechanical it can break, especially under hard use. Guns are among the best at reliability. but some of us could mess up a chrome plated cannonball.

some of us could mess up a chrome plated cannonball

Havnt got into cannonballs yet, im afraid i would do this: (#yankeelife) 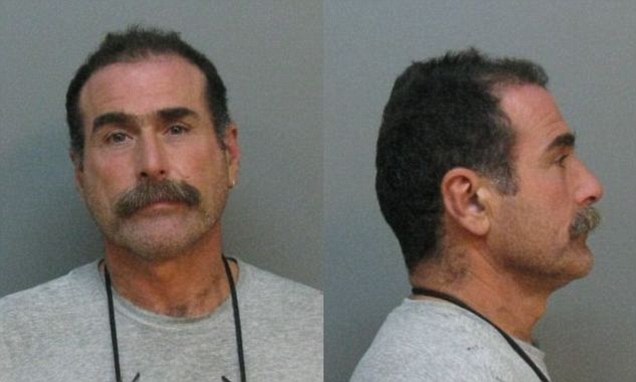 Man fired Civil War cannon at his neighbors during dispute

Brian Malta, 52, has been charged with harassment for allegedly repeatedly firing a Civil War cannon at his neighbor's home in Jamestown, New York during a dispute.

It would appear he didn’t have no cannonballs either, he was shooting powder and wads. sucker probably shook the ground at the neighbors. I went to civil war reenactment up the road not far from the house last year.

First one I ever been too. it was pretty neat. almost bought a johnny reb hat. they were well made and realistic. wish I had now but when they shot them cannons it was loud. we were standing behind the rebel soldiers. they was badly outnumbered. probably 200 union soldiers and maybe 50 rebs. I told the son, their fixin to get another ass whoopin.

but dang this was the south and nobody wanted to be a rebel.lol It also was very hot. near 100 degrees and these guys had heavy wool uniforms on. A couple of the unions guys overheated and got sick. they had to drag them back and pour water on em.

It was neat, if they come back I will go again, it was all free except the stuff you could buy. there was also several exibits of civil war memorabilia and weapons. I will buy that hat next time.

Thats pretty cool, ive always wanted to goto one of those but Oregon is kind of too far away from that kind of stuff. We have tranny bathrooms and angry feminist Antifa lesbians starting the next civil war though.

We don’t have none of that stuff YET. But when that happens here, there will be more than powder and wads being shot.

Let me add CRKT and Leatherman to the list.

Lost the screws out of the clip on my CRKT knife. I’ve carried that sucker every day for years and I use it hard. Contacted them and asked if I could buy some. They said they’d send some out to me and recommended I use loctite to secure them.
In a few days a package arrived with two new screws and a tiny tube of loctite.

I broke my pliers on my leatherman and contacted them about it. They had me send it in and I had an entirely brand new one in my mailbox within a week.

Hawke Optics sent me two replacement scopes after I broke the first two. (They definitely wanted a copy of my receipt though) they did honor their warranty and I’ve used that third scope for years.