Holy Grail... We all have them. 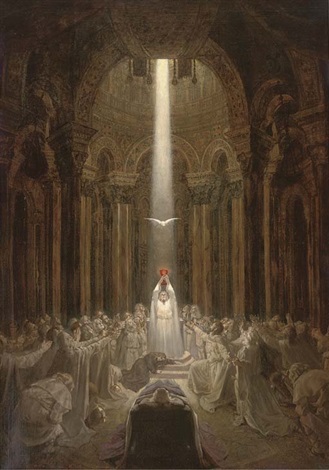 Figured everyone has the story of the one or two guns that either got away or we always sought, yet stayed out of reach. I think these stories tell a lot.

Mine are simple:
1: The PKM I got off a cache in Afghanistan.

Not actual Pictures of it just representative.

I carried it under my bunk and in the back of my truck for 13 of my 18 months in theatre. Some back room guys with shaved heads and beards tricked it out for me- made it a ghetto side folder using a piano hinge, also they “acquired” me a third barrel which they head spaced and shortened. The other two barrels were crazy long and had an Elmer Fud blunderbuss esque muzzle device (not sure what that was about).

I had three full size belts in tuna cans (standard) and one pieced together cloth “nutsack” with a shortened belt (54 rounds). That thing was awesome, it was by my side any time a could hump it with me. It also was on frequent loan to guard, reserve, or contractors were in our convoy because sometimes all they had was a m249 for the turret.

When it came time to leave country, it was leaving a friend behind. At one point I was at the Motor Pools connex with it broken down looking at the piles of random parts. I figured I could just seal it away and put her back together on the other side of the pond. I talked myself out of that. Now every time I find sardine cans of 7.62x54r ammo for super cheap, I think 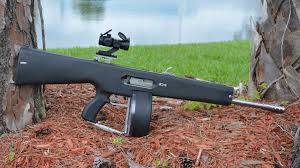 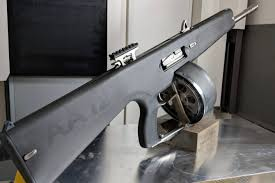 Is it full auto? i’d like to have a semi version. well ok a FA one would be nice too.

Back in the 80’s I could have bought two Maramount M-60’s for 5 grand. I didn’t have the extra money for them. makes me ill now to see the price of one.

Its the semi auto, I ordered it in November and the ATF keeps stalling them.
3.3k tied up in a weapon that i cant shoot

I’ve never seen this before, what is it?

The AA-12 (Auto Assault-12), originally designed and known as the Atchisson Assault Shotgun, is an automatic combat shotgun developed in 1972 by Maxwell Atchisson. The most prominent feature is reduced recoil. The current 2005 version has been developed over 18 years since the patent was sold to Military Police Systems, Inc. The original design was the basis of several later weapons, including the USAS-12 combat shotgun. The shotgun fires in fully automatic mode only. However, the relatively low ...

My grail would be the Ma Duece. I shot one a few years ago and wow, just wow. I have it’s little brother.

My holy grail is owned by my father-in-law.
WWI 1911 mfg in 1913. Even though it is a family heirloom for my wife I learned to shoot with it so it holds sentimental value to me too. 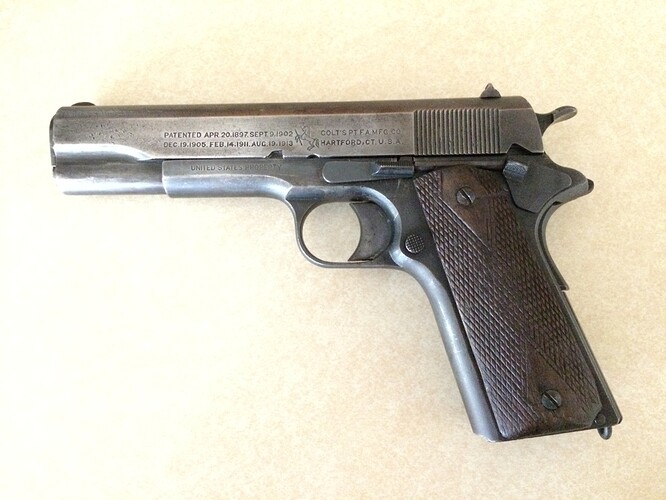 No the people who sold the design to Sol Invictus accused them of making it easily convertible to full auto. So they have to wait on the guys from Virginia to come to Florida to look at it. Evidentially couldn’t just get the local guys stamp and be done with it.
So now EVERYONE who bought one is on hold until they get the all clear.

My grail would be the Ma Duece. I shot one a few years ago and wow, just wow. I have it’s little brother. 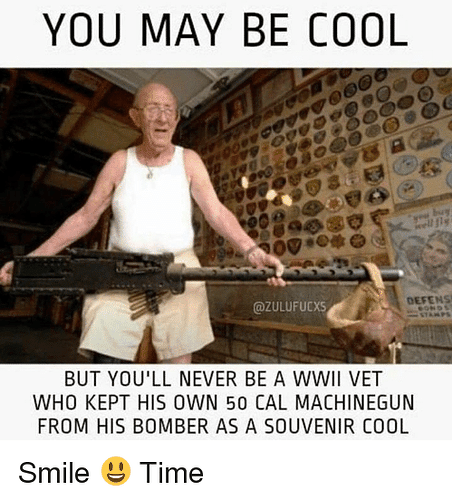 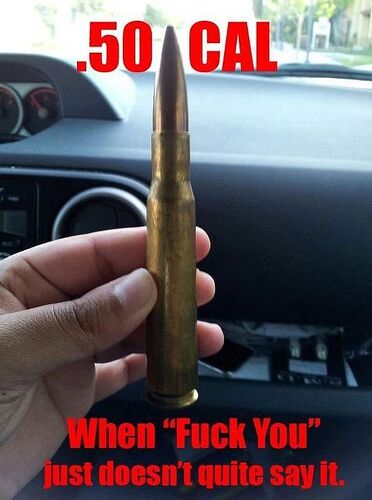 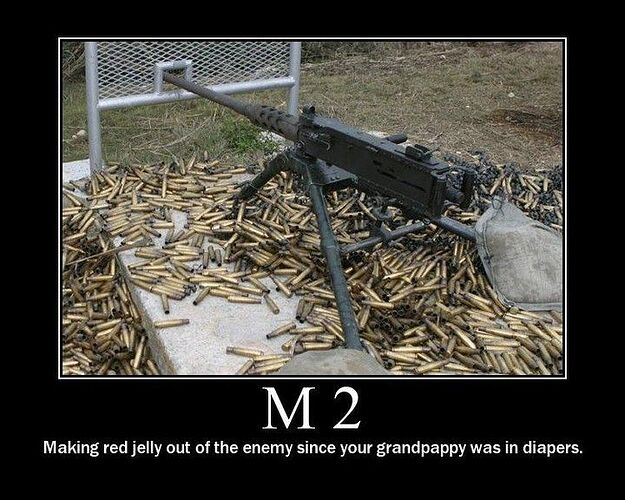 My grail as well…Ma Deuce.
It’ll never be, but I can dream…