How NOT to show support for 2A

This is how NOT to show support for Open Carry or 2A right.
What a MORON!!! 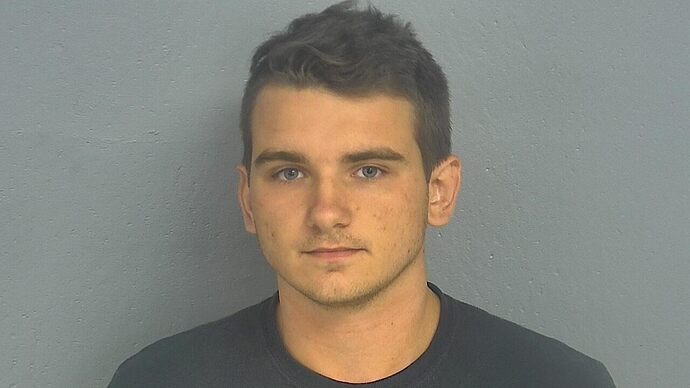 ​​​​​​​Police in Missouri identified the armed suspect that entered a Springfield Walmart on Thursday as 20-year-old Dmitriy Nickolayvich Andreychenko, who was reportedly stopped at gunpoint by a former firefighter before being taken...

my first thought when hearing the “report” was not an attacker but an “auditor”
Expect to see more and possible gunfire when fear overtakes common sense.

Why is everybody acting suprised? Have you ever shopped at a Wal Mart? Its obvious they were going to become warzones sooner or later. Im amazed it took this long, tbh. The bigger Wal Marts are like small shopping malls with less security and less ways to escape.

Don’t know if it’s true, but I read he’s from Portland. Also that he said he hated Walmart because they won’t sell guns to people under 21. He said he could walk in there carrying a .40 handgun but can’t buy a gun unless he’s 21 at the store, which made no sense.

Here I am looking at Missouri land. We’ll see if this screws up the gun laws in Missouri or not.

We dont like them fuckers either, we are really just Idahoians trapped on the wrong side of the state border.

The Following things are 100% factual in this case.

Missouri does not prohibit the open carrying of firearms, but does prohibit exhibiting “any weapon readily capable of lethal use” in an angry or threatening manner in the presence of one or more persons. Mo. Rev. Stat. § 571.030.1(4) .

Not one person has reported him threatening ANYONE in any of the interviews.
The ONLY person who threatened anyone with a gun was the firefighter. Aided by the manager of the Walmart who triggered a fire alarm when there was no fire causing panic.

> # Falsely Reporting a fire (or triggering a false fire alarm) Causing Injury or Death | Penal Code § 148.4(b)
***> ***
> Criminal charges for Falsely Reporting a Fire Causing Injury or Death are more serious than charges for Falsely Reporting a Fire. The law states that any person who willfully and maliciously tampers with, molests, injures or breaks any fire protection equipment, insulation, alarm apparatus; or sends gives, transmits or sounds any false alarm of fire by any other means which causes death or injury may be guilty of a felony.
> What does the prosecutor have to prove?
> 1. Defendant willfully and maliciously sent, gave, transmitted, or sounded any false alarm of fire, by means of any fire alarm system or signal or by any other means or methods.
> 2. A victim sustained great bodily injury or death as a result of the defendant’s act of offense. [PC 148.4(b)]
> Punishment
> Felony: 16months/2years/3years
> With probation 0-364 day

So far the ONLY accusation against the young man that would actually hold any water is that his process was ill advised. You might even argue that he criminally had his rights violated.

Missouri has a Republican house Senate and Govenor so I don’t see any laws changing over this. If you are looking at land here stay away from the city’s and you will be fine . Springfield has a population of 150000 and attracts welfare cases from St Louis because they have better welfare services.

Here I am looking at Missouri land.

Makes sense, but this still was pretty irresponsible and probably sends the wrong message.

Looking around Southern Missouri. Not anywhere near a major city

I think I’m gonna stay centally located. and near my family (I think). I’ll just come and visit yall up there. and @Chuparosa too. Maybe one day we can all get together.

Lots of jobs here and land is still fairly cheap.

Lots of jobs here and land is still fairly cheap.

Be careful with what you say. Rick Perry said the same thing about Texas 10 or so years ago and look what it got us.

So what the latest article basically says is he was charged with terroristic threat for practicing his 2nd amendment rights and open carrying in an open carry state.

Boy…
I see this all over the forum people wanting to move to more Pro Firearm states.
That is all well and good but are you not just running from the problem?
Why not stand and fight for your rights where you are?
I am not condoning violent actions by any means.
But really how long does it take to email your local and federal reps and senators and express your dissatisfaction with what is going on?
Or praise for what they are doing?
The left wing is chipping away one state at a time and although they have a long way to go they have already won the large population states that run this country.
Stand Your Ground.
Isn’t that the catch phrase?

If we don’t consolidate we won’t be able to gather together when needed. The left clusters together and has numbers anytime they need anything, we are spread to hell.

we are spread to hell.

Some would call that infiltration.

If we don’t consolidate we won’t be able to gather together when needed. The left clusters together and has numbers anytime they need anything, we are spread to hell.

Start battling or die because in the last 10 years only 15 pro gun laws of any significance have been passed and only in PRO 2nd amendment states.
HUNDREDS of ANIT-GUN laws are passed EVERY YEAR.
Right now people in leftist control states are doing nothing but PAYING to have their rights taken away from them. Every tax dollar writes the next law that enslaves them.
Zero steps have been taken to restore true 2nd Amendment rights to bear arms as outlined in the constitution in ANY leftist state.