Howdy Cowboy and a big 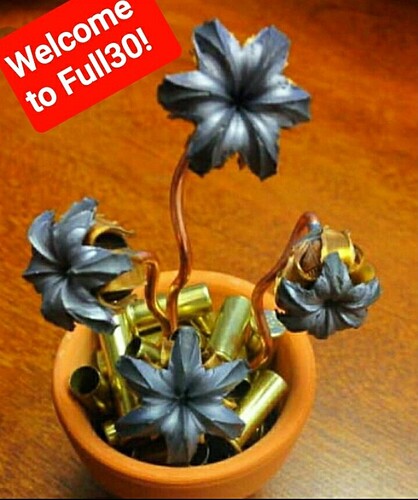 Welcome from near Raleigh NC

You are a regular renaissance man! Welcome from Florida!

protect people, and run towards the danger

You’ll not find any defund the police bs here

@ferris209 welcome to full30. How did you find out about full30 forum?

I am pretty sure I’ve heard of it before, but Tactical-Reviews (xring3.com) on Twitter posted about it and peaked my interest. My Twitter handle and name are the same over there, I more often than not use that platform to troll the leftist Marxists.

My first gun that I bought was an H&K Compact .40, which I carried on duty for the first two years of my career. When I got to my next department, they issued me an H&K Full Size .40, about two years later we were all issued Smith & Wesson 1911 .45’s. I carried that one for over eleven years. Then, after a sabbatical from police work for about three years, I returned to the profession at another department and was issued my first Glock, a Gen5 17. I’m no fanboy of either Glock or 1911 as I love them both and think they both have their inherent weaknesses and positives, I can make plenty of arguments for and against both. But I don’t mind carrying my Glock as I know it shoots solid, is reliable, and very easy to maintain. I did shoot better with my 1911, and would prefer to carry that, but I ain’t mad at all about the Glock. I even went out and bought me a 43x for off-duty, then later acquired a regular 43. I also own my recently deceased Dad’s 1991 Glock 23 that he carried on duty for 15 years. He was a cop for fifty years until the day he passed in May. As for rifles, I really love Aero Prevision as I’ve found they are the optimal balance of price vs quality. I’ve bought several uppers, lowers, in all varying states of completeness. Built an entire AR pistol from mostly Aero parts, using a stripped lower, upper, and sourced what I could from whatever company I liked the best. Right now I’m building a Han Solo AR .22lr for me as well as my 9yo son, all I need now is the 4.5” barrel and .22 bolt and a cheap decorative scope. I’ll post a picture of it later. But I currently have what the radical left and media (but I repeating myself) would call an Arsenal, but for this 10th generation Texan, from a family of cops, it’s just a start.

would call an Arsenal,

Huh… you sure you didn’t lose them in a boating accident. 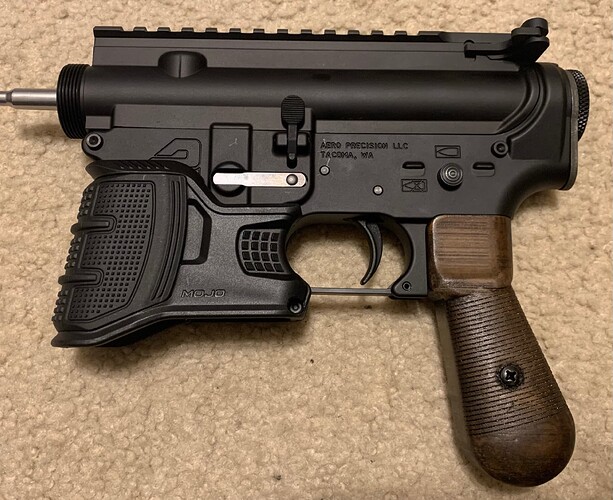 I have the flash hider, but it isn’t in this picture. That little silver thing poking out the front is the end of the CMMG rifle conversion .22 bolt that I just chucked in there to show my son how it all will work. But I need one of those CMMG 4.5” barrel and bolt combo for it and it will be mostly done.

Huh… you sure you didn’t lose them in a boating accident.

Ah man, I wished you hadn’t reminded me of that boating accident I had with the legendary James Hand and a Texas state trooper…. We all lost every single gun we owned that day.

My heart breaks everytime i here that story. Gun owners should have to take a mandatory boater safety course. If it saves just one firearm it would be worth it. Maybe we can all pull together on the forum and get a group rate.

So many lost firearms, so many unintended artificial reefs made.

Welcome Fellow Texan! I was born in Germany of 2 German parents and then my mother married a GI and after several Army bases we landed at Fort Hood. I grew up 25 miles west of Waco in 6-man football country and claim Texas as my home. I’ve got grandkids that are actual Texans so I’ll claim status through them. I now live in South Texas or Northern Mexico as some would say.

I had the honor of serving 24 years in the United States Navy (I just hit my 40th anniversary of the date I entered boot camp at San Diego on the 17th of August). Thank you for your service and as stated earlier you’ll not find any of that defund the police BS here.

Welcome to the Forum!

Yep, thanks! 10th generation Texas here, love this State but just not the weather!