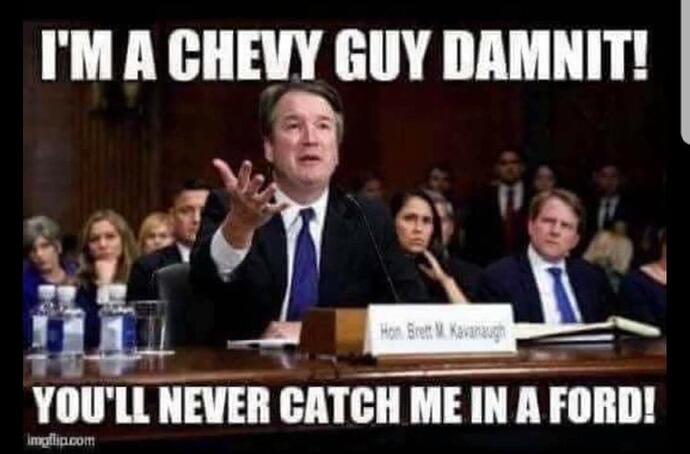 I’ve had Fords that would easily catch a Chevy.
Although one Chevy would outrun just about anything.
It was plain jane sedan full of high performance parts from a friend’s wrecked drag racing Corvette.
That thing was wicked.
Although one of the very fastest cars for the street was my better half’s AMC AMX.
Remember when AMC was a car and not where “The Walking Dead” shows aired?

That’s funny my better half wants a javelin, I recommend a AMX. Nope she said, she likes the fenders on the javelin better.

That’s funny my better half wants a javelin, I recommend a AMX. Nope she said, she likes the fenders on the javelin better.

Nothing much else really like it,probably look cool tubed out

yes, but it would not be an authentic full 30 thread if it did not get derailed several times throughout its history LOL

You seen what happened to the H2O flashlight that runs on water, evolved into an AK-47 running on crap LOL

That wasn’t my fault

That’s why I come here! For the free entertainment!

I know lol all @Caw

Cars are far more entertaining than politicians.
Cars are exciting, politicians are mostly embarrassing and irritating.
Small wonder then how these things get side tracked.

Javelins are a better choice for most folks.
The short wheel based AMX was a twitchy beast, especially with the 390 engine.
My wife’s got spun out countless times until she finally collected a guard rail and sent it to that happy highway in the sky.