Ill say it until im blue in the face. Fuck the NRA.

I’ve been saying fuck the Crooked NRA for the past 8 years! Their existence is for their own personal gain, not our rights!

Got $$$ to burn? We’re well past the point of writing letters, making phone calls, filing lawsuits. The NRA is a branch of the United States government to help smooth over regulations with the citizens of our country. Spend that money on guns, ammunition,and training. Because the only Next Step possible to protect an inalienable right that they (the government) are hell-bent on destroying, may be a show of force by the American people.

If you are going to donate to any pro gun organization, make it the GOA. They are no BS. They are the ones currently suing ATF over the bump stock ban.

I swapped a few years ago

Give and inch NRA and they will take a mile.
GOA for me.

And Bloomberg falls asleep happy knowing that we now fight each other.
I never became a life member because I always want the ability to threaten to pull out of the org. I vote I help get true believers on the ballot for the board (Adam Kraut). And I express my displeasure.

But I’m not cutting off my nose and poking out not my eyes to spite my face. To walk away from our largest lobbying group only give the leftist’s what they want.

Stand and Fight!!! Not I’m taking my ball and going home.

If you are going to donate to any pro gun organization, make it

I’ve been saying fuck the Crooked NRA for the past 8 years! Their existence is for their own personal gain, not our rights

^ Been saying this all along. I hope they go down soon wth all the negative press they are getting within our community. They (the NRA) are a self serving plague, a scam as well.

Then fight to change it. Fleeing it just silences you. Like refusing to vote. I agree the NRA needs a wake up call but tearing it down will not make us stronger. The NRA is the boogie man to the anti-gun movement. The other groups just don’t have the political juice. And yes I am a member of others as well. But I’m hoping to change the NRA one letter at a time. I wish they hadn’t changed their slogan either.

I think it’s more like the gov tells the nra if the want to keep raking in their millions of $$$$$, to do as their told & find a way to sell the

legislation to their base. JMO

Give me a viable alternative then. Remember In the early 90’s when the NRA and the gun companies betrayed us (Ruger himself invented the 10 round mag restriction, S&W bowed to the government, etc.) Boycotts changed corporate but NRA required a revolt from within and outrage of engaged members.

That is why I contribute just enough to stay a member and support “The Enemy Within” candidates that scare the hell out of the board. 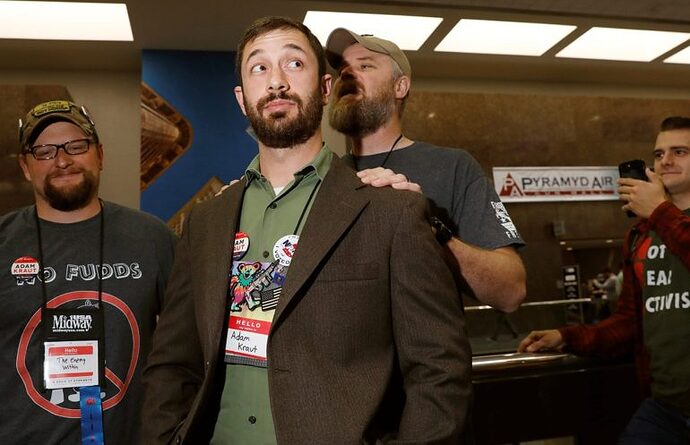 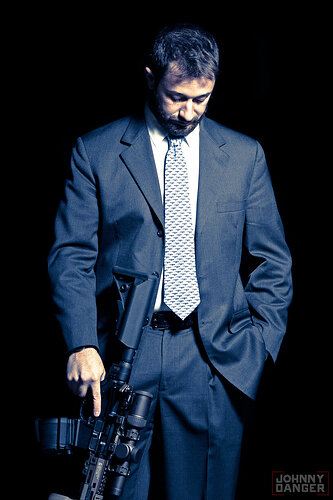 the ILA arm (which has not become the head) of the NRA is and has been very much out of control lately. it is not surprising because even before the ILA, the lobbyist with the NRA have pushed some very dangerous narratives. that said, there is currently no other organization that even comes close to doing the work on the ground like the various OTHER arms of the NRA. as someone who has spent decades involved in bringing firearms and the second amendment to youth… and by proxy families/communities, i see the overwhelming good that is done. not only that but i have also seen how the ILA, much like a vampire has sucked at those other branches. i won’t pretend to know the solution for the ILA and am open to discussion of course with anyone that might have one. there seems to be many out there quick to have an opinion and quick to demonize those that are actually looking as this massive organization as a whole and all the ramifications that go with it. are we not just a few generations removed from losing freedom? that has been said many times by many patriots. if we loose a major player in the arena of those younger generations, what then? so far no one has taken the ball. i would suggest with some reservation that other pro 2A organizations pick up the slack but alas, there are two issues to deal with, nationwide acceptance of such programs and the obviously elephant in the room. i think that alternative would have to be in play before the NRA/ILA was to crumbled… we do not have the generational time to build those programs out after the fact. i also do not believe that member dues will phase the ILA in the least, they will simply continue to pursue those big donors, fund raise and rob the other arms blind. I also know many people who are active in voicing their disgust with the ILA but are doing it in a way that is not at all effective. grievances should be addressed to board members, personally and in writing. we should be paying attention to board members, voting out those who do not speak for us and voting in those who do. best i can tell at this point, the board has little power, true, but what if, just what if, the board was actually in alliance with a more pro 2A stance? fact is, there are a lot of big names that tout this and that about how the NRA works, how the ILA works, how the board works, etc but there really is not transparency that any of them are correct. they could all be right, they could all be wrong… at least in some way. so here we sit, where the ILA, once and arm of the NRA now has grown into a head that is we are not careful to remove, could damage us further than we might be wanting to look into or admit. so i finish in much the same manner to which i started… where are the solutions? what is the battle plan? and finally are you actually willing to do the work? simply letting your membership lapse, giving money to someone else and ranting online is not work.

“NRA Board elections provide opportunities for people with interests other than those of NRA,” ( a quote from your article link)
This is a problem! Maybe a better vetting process? I don’t have a good answer for a fix, if there even is one. I just don’t believe the nra stands for what it once did.i believe it has become a money making/money driven corporation that has long lost its way from its original purpose of being 2nd amendment protector.

This X100000!!! We need to reclaim the NRA. Not walk away and “hope” someone stands in its place. Again the libs have been dreaming of this day for two generations, now pettiness is giving it to them on silver platter. We will be our own worst enemies.

the ILA arm (which has not become the head) of the NRA is and has been very much out of control lately.

then why are they allowed to have NRA in front of their organization still???

Because the ILA (Institute for Legislative Action) is a branch of the giant Corporation that is the NRA.

Like the training I’ve taken in the past is from a different branch.

The ILA is just the tail wagging the dog now.