What Manner of Men 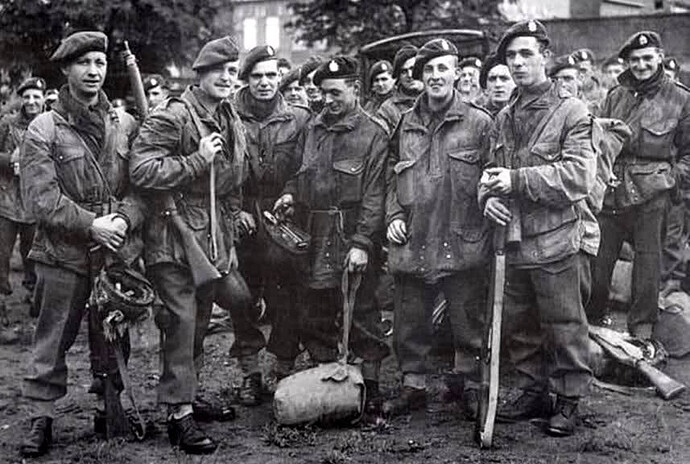 What Manner of Men

The Devil at the table prepared to dine,
Said, where is Death, he is past his time,
He knows our rule that we dine at Ten,
As he merely went to make Cowards of men

Then a stir was heard outside the gate,
Soon Death limped in to his Hall of State,
With broken scythe, his beard awry,
And terror that had shone from fear limned eye,

And the Devil roared with all his might,
What happened thou art in such a plight?
Hard felt the weight of some heavy hand,
That thou in such mortal terror stand.

Thy orders, said Death, were but show my face,
And they’d blanch, these men of inferior race,
But they hurled me forth, with my neck nigh out,
To the Devil with Death, I heard them shout.

So what manner of Mortal can these be,
Said the Devil to make such sport of thee,
As the old man tenderly smoothed his hide,
They’re the men of ‘Arnhem’ sire he cried.

But you’ll make them fear us, the Devil roared,
Ere again you sit and sup at board,
Then I sup no more, old Death replied,
For as I left them, they laughed and died.
- Harvey Haywood

75 years ago on 17 Sept 1944 around 10,000 Paratroopers jumped into Arnhem on Operation Market Garden to liberate Holland.
Only 2,400 returned.
This poem has in some way become associated with the Parachute Regiment over the years. Indeed a few years ago, a good friend of (the author) that I made as we both passed out of Sandhurst was to go on and proudly pass P Coy** on his way to become an officer in the Paras.
As a gift from his friends (and as brother officers) we gave him this poem in a framed portrait to remind him about the great legacy of service entrusted in his hands.
**Pegasus Company (also known as P Coy) is a training and selection organisation of the British armed forces. P Coy run the 'Pre-Parachute Selection’ course for trainee Parachute Regiment soldiers and officers as well as an 'All-Arms Course’ for Regular and Reserve personnel of all three British armed forces who are part of 16 Air Assault Brigade.

copied from another to remember the largest Airborne Assault