Is this gun and ammo tax constitutional

If freedom of religion isn’t free unless they can operate without government taxing their existence then it would also stand to reason that the freedom to bear arms should also be tax free.

That’s what I say. Now what’s your thoughts? 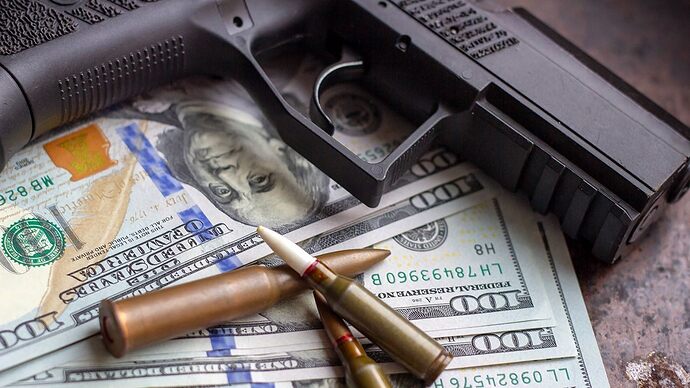 Washington: Will proposed gun tax put sellers out of business?

Tacoma, Washington is slated to join the handful of U.S. cities who have imposed high taxes on gun sales -- if the city council votes in favor Tuesday.

Taxing is a loophole they used to control full auto, short barrels, and suppressors. They will keep pushing more tax because it worked before. We need to fight to have the tax removed. Like you said, they don’t tax religion. Natural rights shouldn’t be taxed, no poll tax, no speech tax. This is what being silent creates.

Taxes are proven to bring sales down. When they do targeted tax like this I believe they are trying to intentionally kill a specific industry.

They did the same thing in the obama administration with green energy. They used taxes to prop up one while trying to destroy fossil fuels with more tax. In fact there’s a state that wants to tax by the mile. The left claims it would hurt electric car sales and punish the environmentally friendly minded consumers.

This goes to prove that the left looks at taxes as punishment for those they choose to tax.

SHALL NOT BE INFRINGED!!! This does not stop at politically it includes deliberate economic roadblocks such as excessive taxation. Maybe we should pass a 20% use tax for all registered democrats and see how well that is received. I mean if they can tax a constitutional right why can’t we tax a political ideology which is NOT a constitutional right.

Write off all the taxed 2a items you bought through the year, report your findings.

Can I report my findings from prison? Lol

Worst of all, there are presidential candidates that want this nationally

to gross to watch

Its already there even if certain talking heads dont want us to think so. The guys who spilled blood then wrote the constitution did so over alot less than what we are seeing now.

It was tyranny shortly before the 18th century began. We’ve had tyranny for over 200 years. It’s been such a slow burn that almost all people are too oblivious to it because their life is “comfortable”.

That’s exactly where I was going with the question.