The resolution calls out the NRA for inciting acts of violence and spreading "misinformation and propaganda."

Why am I not surprised…?

That’s been a long time coming. I vote we designate San Francisco’s leadership as a domestic terror organization. Just look at what they’ve done with the place.

Want to know why Red Flag laws are dangerous?
Here is is… They have been calling us terrorists, racists, criminals.
All qualifying events to have your weapons stolen from you by enforcement agencies.
The snowball continues to gather momentum

San Fran is nothing more than a bunch of limp wristed crotch lickers and turd burglars.

This is the same.

Terrorists. Spoken from a sanctuary city that also means they are scofflaws, have a 60 floor Hi-rise building that is leaning like the tower of pisa. What else you ask? US Speaker of the House Pelosi lives there in a multi-million dollar house in the truest symbol of what being a Representative and Democrat.

I am ashamed of them, and remain steadfast a member of the NRA, happily surrounded by like-minded folks I consider friends.

Thanks @Robert for the Banner

Need to build that wall in Western Utah…

And these people elected Leland Yee to the state Senate and he got convicted of saleing rocket launchers on the black market.

Disappointing and disturbing. And I’m not even sure what it means for a governmental entity to label the NRA as such. Does that mean that each of the millions of law-abiding, dues paying members is now also considered a “domestic terrorist.” And if so, what happens to them if they live in, work in or visit San Francisco? Or does the classification attach only to the organization and not its dues-paying members?

Also, doesn’t this action have a chilling effect on free speech and freedom of association? How can this not be a 1st Amendment violation?

We’ve watched this past year the internal strife within the NRA that can only serve to weaken it. But this political attack that can implicitly extend to law-abiding members could have the unintended effect of saving it. Many folks have let their membership lapse because of the recent internal strife. Could this action anger gun owners so much that they may now want to renew their membership and donate to the organization out of spite or in an effort to defend against the action?

There is always the risk of “tit-for-tat,” “good-for-the-gander” and pendulum swing consequences of certain politically-based actions or decisions. These actions may tend to further divide and widen the political polarization gap within our country. 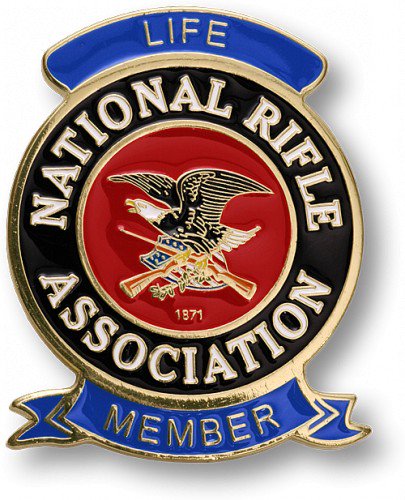 So does this mean I still have to tell them where my boat sank.

San Fransisco is doing a better job of convincing me to join the NRA than the NRA has been able to do.

what SF does is meaningless

No, its a weather report and the weather is turning.

Also, doesn’t this action have a chilling effect on free speech and freedom of association? How can this not be a 1st Amendment violation?

DING DING DING!!! This is the real winning statement out of all of this. The far left / SJWs are making it so free Americans cannot associate with who they want. Quite literally America is being attacked from all fronts. Cannot say what you want on the internet or the public. Cannot join and support groups for whom you agree with. Cannot refuse business to those who go against your values / religious values. Cannot consume what ever media you want to consume. Cannot use your credit card / bank to purchase what you want to purchase.

It is an all-out war folks.

Ben Shapiro said it best yesterday, it is getting to the point where everything will be segregated left and right thus making it easy for when the far left gains power to red flag and shame everyone who participates in anything catering to the right (or the center for that matter).