Jack Lott And The History of .458 Lott Ammo 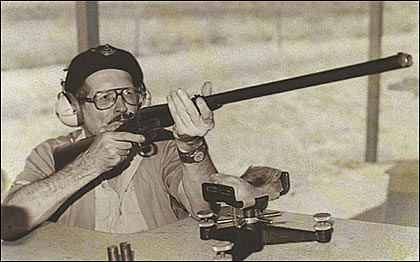 Wednesday - July 15th, is the Birthday of Jack Lott (big game hunter, writer, historian, and inventor of the . 458 Lott)

Here’s a little bit of history about .458 Lott ammo:

Whether it’s wanting better accuracy or more power, inspiration for a new design in ammunition can come from many different sources and the result can be a significant advancement in cartridge design. For the .458 Lott, the inspiration was a near death encounter in Africa. Gun writer Jacques “Jack” Lott was hunting Cape buffalo with a .458 Winchester Magnum. He shot the buffalo, but could not stop it before it injured him. He returned from Africa on a quest to find or develop a cartridge more suitable for taking dangerous game.

Lott examined all the available hunting cartridges of the time and was disappointed to discover that no other ammunition on the market rose to the power levels he needed. With no suitable alternatives, Lott produced his own .458 cartridge in 1971. The muzzle velocity of the .458 Lott is not substantially higher than the .458 Winchester Magnum, but due to the heavy weight of the bullet, the increase of the energy is significant.

Today, the .458 Lott is mostly used for hunting dangerous game in Africa, but it would also work well to take large game in North America and Alaska – including moose, bison, large bears, and elk. Hornady and Federal, among other manufacturers, produce .458 Lott ammunition. Bullet weights are most commonly 500 grains, but those weighing between 350 and 550 grains are available in various FMJ configurations.

The .458 Lott is unlikely to become a popular cartridge for hunting game in North America, as the recoil is heavy, the price is high, and the power is excessive for game animals found here. However, for hunting Cape buffalo, elephants or any other large and dangerous game, the .458 Lott is a capable cartridge.

Taken from History of 458 Lott Ammo on Ammo.com.

I dunno, I still think the recoil would hurt a Lott…

I see what you did there.

I needed it pointed out