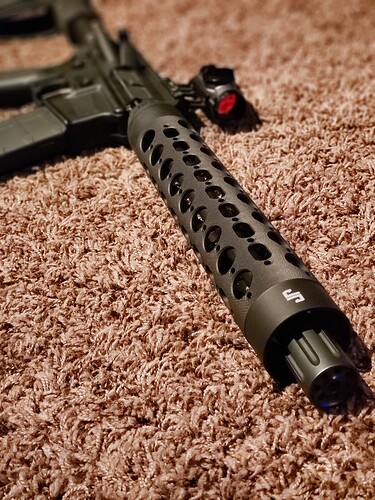 My latest AR began its life as a Springfield Saint Victor 7.5" pistol in 5.56. I liked it for what it was, for a while. I thought that with a PDW brace it would be a very handy little sub-compact suitable for indoor and vehicular use. Over time, I became unsatisfied with its lackluster energy and effective range; truly only combat effective at hallway distances, I knew that what it needed most was a longer barrel.
After I had revolved around the dilemma over “The Best AR Pistol Barrel Length” a few times, I came to realize what I’d always known: there is no good short barrel length for the 5.56mm cartridge. That being said, I had grown fond of the little Saint Victor, and wasn’t willing to convert it into a full-grown carbine, therefore, I decided on a Ballistic Advantage BA Hanson 12.3" barrel, and with that came an easier choice, which was a new handguard.
I have always loved the look and feel of JP’s Rapid Configuration handguards, and knew before I’d even settled on a barrel length what I wanted to shroud it with. Now, these handguards are competition handguards, and are not really intended for too many attachments, though they do have small screw holes for attaching rails to, they don’t accept MLOK or Keymod. 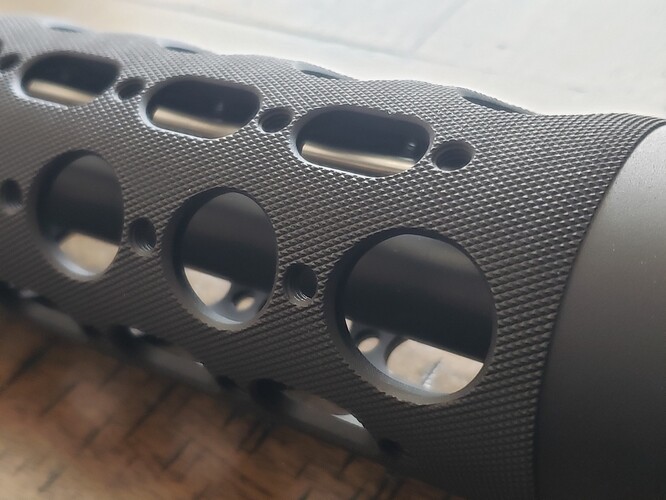 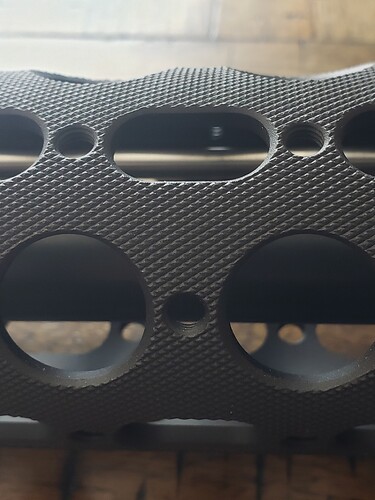 They are only compatible with JP’s proprietary attachment rails, and a few other pieces that they make for these, like their benchrest plate. Accepting that if I wanted a grip installed on this handguard that I’d have to attach a rail, and then a grip to that rail, I bought the “full-length” 12.5" handguard. I wanted the look of muzzle device just outside of handguard. 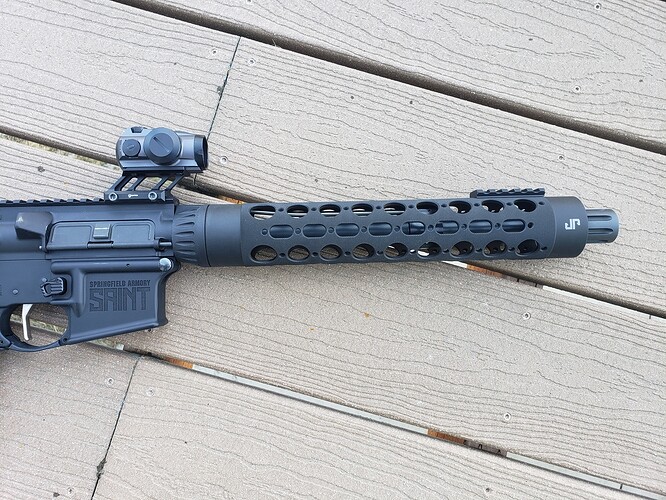 JP does have a rail that runs the entire 12:00 length, but the tube is so perfectly sized for my hand that I really didn’t want to ruin that, and so bought the front sight 2" picatinny instead. However, my one and only complaint about the handguard itself is the ringing it gives off when the weapon is charged or when the bolt is released, and it’s enough for me to wonder if adding a full top rail would add vibrational rigidity to it and dampen the ringing. I’m also hoping that the addition of sights and attachments like a light and grip will cancel out the ringing. It may sound odd, but I appreciate the ring because it resonates in a way that sounds like quality, as a sort of testament to the handguard’s precision of design, but I would be much happier if there was none to begin with. So I do plan to replace the front sight rail with the full rail down the road.
One other consideration with my setup is that when I get the front sight on, I’ll need to put a bubble on the rails to ensure that they index properly together. This is another reason why I’d want to put on the full top rail. 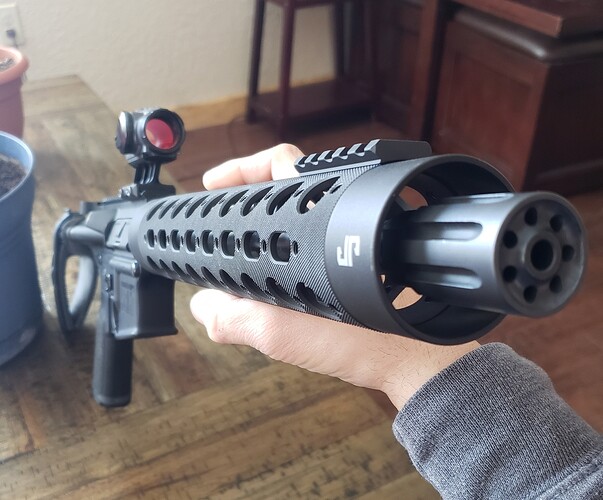 So, I know a lot of guys consider weight when looking at barrels and handguards. This handguard is light in the tube, and heavy at the nut which I believe is a steel nut under an aluminum housing. The installation of this was fairly involved, including the need to align the nut and set it overnight using red loctite before installing the tube itself over the barrel. 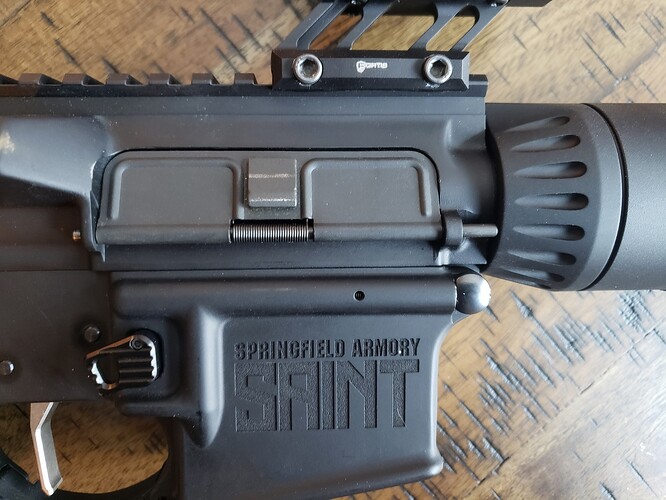 It wasn’t too complicated but there are things that need to be done right the first time. In my case, I failed to realize that my ejection port cover would be permanently trapped behind that nut. If you aren’t planning on swapping that out then it’s not a problem, however I am very fond of V Seven’s titanium cover, as you see on this Troy. 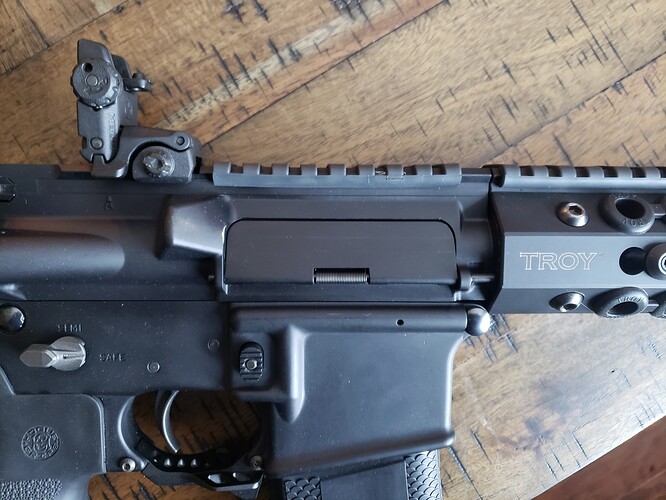 As for price, it was about 220, and that’s alright with me. They aren’t the cheapest, but they are beautiful, and feel perfect in the hand. I’m very happy with it.

Thanks, she’s coming along.