just passing along something from someone in the fight 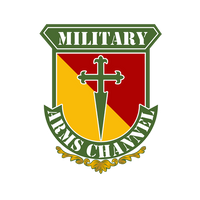 NOTE: Blog posts are usually reserved for our $5 and above supporters. I’m making this one viewable by all so that you may see an example such a post here on Patreon.

It comes as no surprise that the House Democrats, who won a majority in the last midterm elections, quickly moved to pass two anti-gun laws. They will continue to use their majority to attempt gross infringements of our rights. It’s what they do. The Democratic party continues to swing further and further left each passing year and more socialists join their ranks on the hill with every election.

Both bills now head to the Senate where they will face a bit more opposition than they did in the house. The Republicans should hold the line thereby keeping either bill from getting the 60 votes they need to pass.

Don’t assume the Republicans will vote either bill down in the Senate. We can’t afford assumptions. We must immediately call and email our Senators and urge them to vote against both bills!

HR-8:
This bill forces all gun sales to be conducted by a FFL/dealer where a NICS check can be performed before the sale can go through. It’s also a ban on 18-20 year olds from legally owning a handgun.

Many of you may not know this, but I may give my 18 year old son or daughter a handgun. They can’t legally buy it thanks to the GCA of 1968, but they can own it if given to them by say their father. This new law requires all sales to be done through a FFL/Dealer which means you will no longer be able to gift a handgun to someone who is under the age of 21. Let’s say your a single 20 year old mother who has an angry ex-spouse or boyfriend. Welp, tough luck if you want to legally own a handgun for personal defense! Even your mother or father can give you a handgun to defend yourself under this tyrannical new law.

Are you leaving town and you want your buddy or a relative to watch your firearms while you’re gone? Under this new law you would be required to do a FFL/Dealer transfer and complete the 4473 form and NICS background check to do so.

Worse, the Attorney General may set an arbitrary fee for this service and it can change as often as we change Presidents and AG’s.

For more info on all the nuances this law has, please read this website that breaks it all down.

HR-1112
This law allows the background process to take up to 10 days vs. the 3 days we currently have. If you get delayed on a firearm purchase under current law, the BATF/NICS has 3 days to respond to the delay. If they don’t respond, the transaction may go forward and you can pick your new firearm up.

Under HR1112 you will now have to wait 10 days before picking up your new firearm. The BATF/NICS routinely drags their feet on background checks. I am a FFL and we sell hundreds of guns a month and it’s very common for people to get delayed for no reason. 99.9% of those delayed are able to come pick their guns up in 3 days, or sometimes earlier of the NICS’s gets back in touch with us with a “proceed”. Now that’s 10 days if the Senate votes this bill into law.

The gun pictured above is a 1892 Colt New Army Civilian that I purchased tonight from a friend and police officer for $100. The gun is from Gary Indiana where it has been since it was originally purchased. It’s been carried by at least 4 generations of police officers on the Gary PD. The elderly lady to get rid of it because she had no use for it. My buddy asked if she would take $100 for it and she said yes. He then asked me if I wanted it for $100 and I said absolutely!

I bought this gun in a driveway this evening with cash. No paperwork. No 4473 form. No waiting period. No background check and all 100% perfectly legal… for now.

Here’s the reality of these new laws working their way through Congress, they will do absolutely nothing to deter or otherwise stop violent crime. Waiting periods, background checks, etc. have been studied time and time again and the result is always the same, they have no demonstrable positive (or negative) effect on crime.

These laws serve one purpose: to harass Americans and to deter them from exercising their Constitutionally protected rights. Gun grabbers want to make buying a gun so painful and laborious that you won’t want to do it.

It’s like the taxes some states are imposing on the purchase of ammunition. They think forcing you to pay $.05 per round will deter crime. How in the Hell do they come to that conclusion? Thinking a tax on ammo will deter crime is like saying taxing gasoline will prevent car accidents. It’s literally that illogical yet these law makers and their supporters really buy into this non-sense.

Placing taxes and fees on firearms and ammunition does one thing; it makes it more difficult for the poor and underprivileged to exercise their rights. It’s racist, it’s bigoted, and it places an unconstitutional burden on a single class of citizen. Almost all gun laws, like the NFA, are nothing more than ways to punish the poor and deny them access to their rights while making sure the rich and connected can do as they please.

Our Second Amendment says that the right to keep and bear arms shall not be infringed.

As you can see from the dictionary, ANY law that restricts your right to purchase or own a firearm is an infringement by definition. This includes laws that require background checks, fees or taxes, waiting periods, restrictions on types of firearms like SBR’s or machine guns, etc. Every single anti-gun law on the books is unconstitutional and thus illegal.

This is why I’m what some call a “purist” with regards to my views on our 2A rights. Some in our community even consider me to be a radical because I believe NICS is illegal and machine guns should be available at Wal-Mart without a $200 tax, without paperwork of any kind, without a registry, and even without sales tax (you can’t legally tax a right according to the SCOTUS).

I guess I’m a radical then, but I’m right.

Thanks for the support everyone and I look forward to reading your thoughts in the comments. While I don’t have the time to respond to every comment, know that I read every comment here on Patreon.

Here Here
At least I’m not alone in my raging.
I know I am not but sometimes it feels as I am.