A leaked photo and other signs could point to Florida-based firearms maker Kel-Tec having a 5.7x28mm pistol that takes 50-round mags up their sleeves for 2021.

A leaked photo and other signs could point to Florida-based firearms maker Kel-Tec having a 5.7x28mm pistol that takes 50-round mags up their sleeves for 2021.

The photo is of undetermined origin and broke late last week. It shows the P50 on the cover of what appears to be a Kel-Tec publication that bills the gun as the “World’s newest 5.7x28mm” and “most unique Kel-Tec yet.” 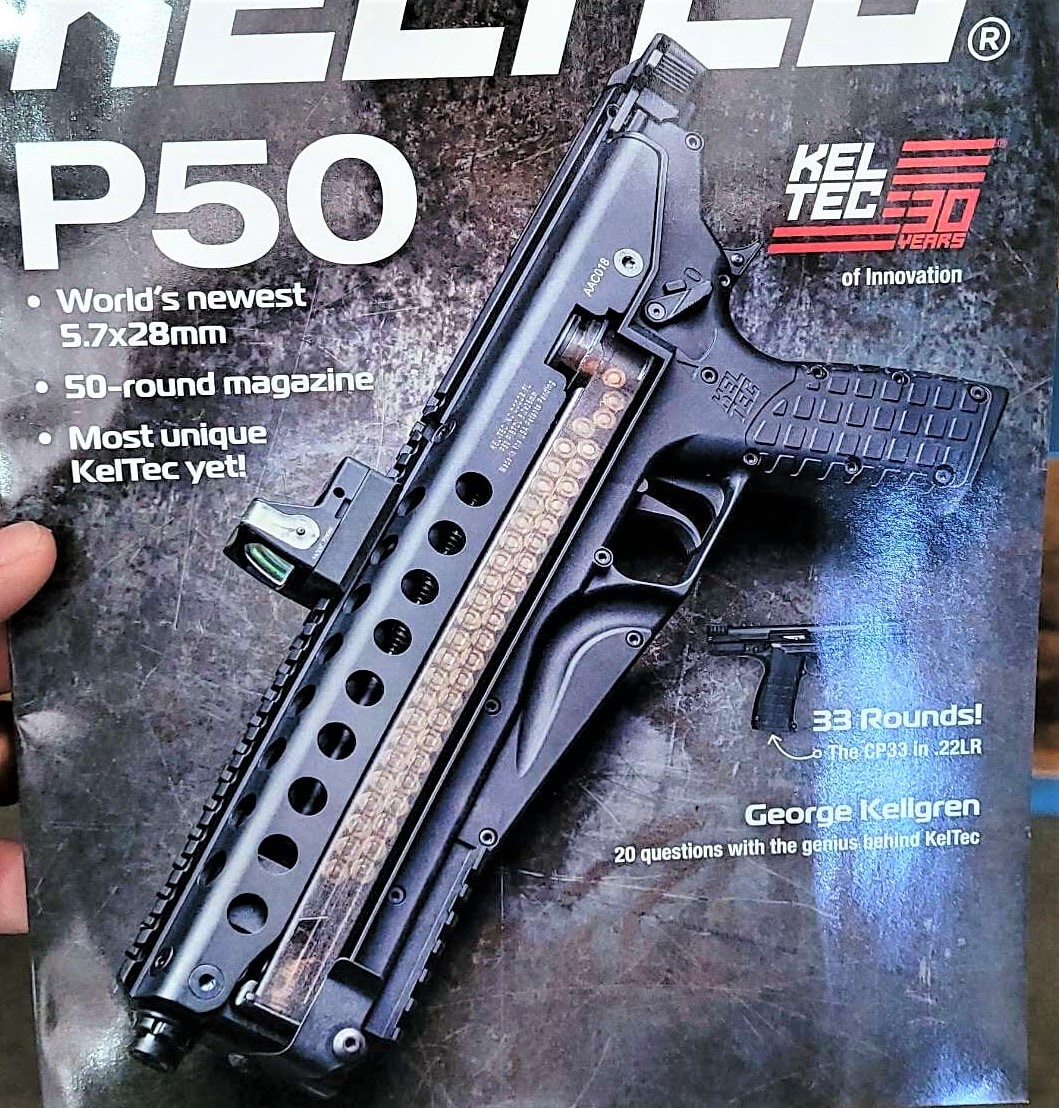 The image soon circulated across KTOG – a Kel-Tec fan group – and rapidly popped up on various gun pages from /k/ to Reddit and ARFCOM. The general consensus was that it was strange, even bizarre, but everyone wanted to play with it.

However, don’t be so quick to slam the leak as a Photoshop fake. A quick search of the U.S. Patents and Trademarks Office database shows that Kel-Tec did in fact file to register “P50” as a trademark in the “firearms” category of goods and services in February 2020. It shows the company has in fact been spending at least some cash to protect the name. 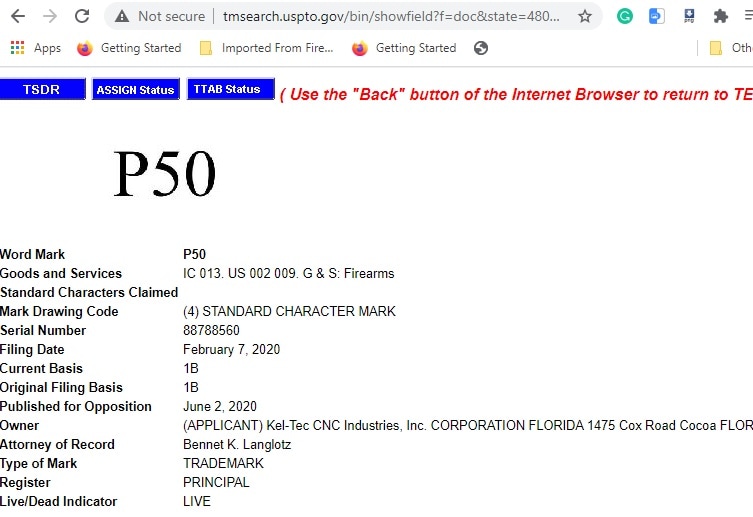 Kel-Tec has secured a trademark on the P50 name, adding foundation to the leaked photo.

As a bonus for those ready to buy something outside of the standard firearm mold, the P50 has big Cyberpunk energy. It even has a similar look to the vizmodded STI Perfect 10/WESTAR 35 blasters seen in the current season of The Mandalorian . That alone would surely help Kel-Tec sell out their first run to Mando nerds.

The P50 would add to a resurgence of 5.7-caliber platforms with Ruger announcing the 57 pistol and Diamondback releasing the DBX large-format handgun. Coupled with the new parity in street prices between 5.7x28 and 9mm Luger ammo, and it looks like FN’s once very niche caliber is gaining new popularity.

one of those in 22 mag would interest me… 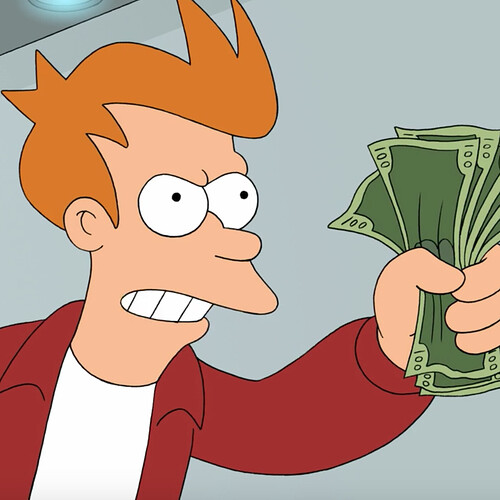 That thing needs a folder on it.

Coupled with the new parity in street prices between 5.7x28 and 9mm Luger ammo, and it looks like FN’s once very niche caliber is gaining new popularity.

i am not familiar with that round.

get into ammo production for Kel tec owners…

Plastic ammo would not be safe.

you should take that act on the road…

Keltec will release 20 to the public and allow them to go for triple the price on gunbroker, since they can never meet the demand and in a few years they may release a few more. lol

they produce a lot of P17’s because I have been getting them on a pretty regular basis from Sportsman’s Warehouse. just gotta check in the early AM when they put them up for sale…

I find it interesting. I don’t want one though. It needs an arm brace and a red dot (as pictured) to make it come alive, just like the CP33 comes alive set up the same way.

People eat up Keltec firearms hence the shortage on immediate release. They can only make so many, that is, production is limited. I’ll let you know if/when I see one at my LGS. No, it won’t be mine. I was serious when I wrote that I don’t want one. But I sure would like to see one.

What lousy timing though maybe with Biden about to become the fraudulently elected president.