Having trouble with your laptop computer?
I recently discovered an informative article on the subject.
The writer explained why just buying another brand of laptop doesn’t help much.
Apparently they are all made from the parts from the same sources.
And they usually have exactly the same problems, regardless of the brand name on them.
Oh well, maybe my next computer will be a desktop not a laptop.
Just a thought.

Having trouble with your laptop computer?
I recently discovered an informative article on the subject.
The writer explained why just buying another brand of laptop doesn’t help much.
Apparently they are all made from the parts from the same sources.
And they usually have exactly the same problems, regardless of the brand name on them.
Oh well, maybe my next computer will be a desktop not a laptop.
How did this get put under the heading of "Add an airgun heading?’’
Can it be moved to a more suitable section?

How did this get put under the heading of "Add an airgun heading?’’
Can it be moved to a more suitable section?

Having trouble with your laptop computer?

Having trouble with your laptop computer?

and no, laptops are not that simple, sure, plenty are branded different from the same sources but not flat across the board

and I’ve been using whats called a desktop replacement which is a large laptop for years,

I’ve had a few and because they are larger they cool better and last longer, heat is destructive, keep them clean and always use an elevated cooler

I’ve done some repairs and replacements on the wife’s chromebook and it’s not too tricky, but I think she needs something more robust or durable. Desktops are more standardized for parts imho

I have a desktop that is 9 years old. If I bought a new one I would probably die of shock on how fast the new ones are

Best place for an old laptop is 1000yds down range…

Thanks for moving my contribution from the airgun section.
We have two laptops considered as top of the line.
Both are Lenova.
Both have all kinds of goofy goings on.
I’m convinced the only truly replacement for a desktop is a desktop.
They run cooler by design and last way longer than any laptop I’ve ever owned.
The last laptops worked for two to three years.
The last desktop kept going like the ever- ready bunny for nearly nine years before it finally gave up its ghost.
Yup, my next computer will be a desktop for sure.
Thanks for listening.

my next computer will be a desktop for sure.

8570w can be found refurbed for about 400, I’ve set up I believe 6 total for myself and others, never any indication they were used at all, look new to me

If you cant find with SSD just add one

I actually bought one as a spare for parts

when you ready search one out

I have an 11 Y/o desktop that still clocks 4.8 GHz with a true 16 bit vCard (true PCI 16) and a ROG Maximus IX Hero and Gskill RGB ram, Samsung 500gb SSA and Seagate 2Terabyte Hybrid drive. Haven’t seen anything that it will not run or even slows down on soooo…
It does the job well and is way more computing power than I will ever need. Oh yeah it is an Intel 7200 Koby lake cpu with a 212 air cooler, with a Corsair HX750 modular P/S, oh and a Bluray burner and a multidisc DVD burner, in in a Cooler Master HAF 932 case

The female Spanish version of Lenovo

I meant what you know though

Lenovo aka ibm used to be top of the line I think, Alienware had some higher end and apple also, HP and dell all have various versions.

Tried a couple of their desktop replacements, 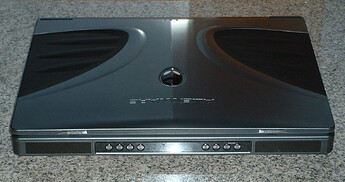 and they ended up in the parts bins 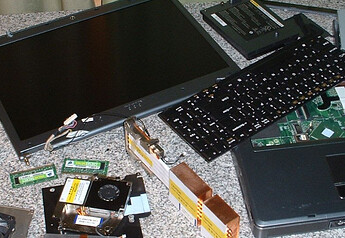 they were common foreign parts in branded cases, nothing all that special

yeah, their focus was ‘gaming’ types. I guess there is the toughbook type - extreme rugged, but still not sure I need to go there. old screens you can sometimes buy adapters for and make them a monitor, hdd can be re-used for storage with an adapter also but the rest is junk when done unless you have the same model

Decide what you need, what you want to spend then go and find the laptop that most closely fits both your requirements. Suggestion get a ssd it will boost the performance of even a mediocre laptop a lot.

I am tired of Microsoft and apple. First of all what else have we ever had? Secondly we no longer have complete administrative control of our OS. So maybe linux is the way forward for me.

No more useless code and junk apps from the seller going on in my machine.

Secondly, I want a good pc but they always get old and slow.

I assume a self-built PC Will not have planned obsolescence forced on it, when using open source linux?

Would not be safe to assume anything, especially as we head into the cloud (china servers) and users only get licensed terminals (smart phones) to log-in, you know, for safety

With Linux you don’t need as much cpu as with the other two. But if you are building a machine for yourself and you don’t want obsolescence or break downs built into it then use GOOD parts. I have a machine that I built in 2009 and I’m still using it today. It currently has a ROG MAximus IX mobo, Corsair HX 750 modular P/S, Intel; 2700 Sandylake unlocked cpu, G-skill RGB ram Samsund 500gb SSD (3-d nand) AMD 580 gpu, and it runs anything I can throw at it under Windows mind you.
Do some research overclock websites are good resources sift through all the fan boy crap and there is some good insight there. Then select high quality/grade components and you will have a machine that will run for a looooonngg time, with upgradability built into it.
I agree with your assessment of all the trash that they (MS and Apple) shove onto OUR systems.

I’m about ready to give up on laptops.
Can’t seem to find one that lasts more than two years.
Apparently there’s a good reason for that.
I found an article in a computer magazine about that.
The writer said it does not matter what brand of laptop ya buy, they’re all made from the safe stuff from the same suppliers
Might explain a thing or two.

Almost forgot.
I had a nine year old desktop that ran on a version of Ubuntu, a linux OS.
Might be a clue there.