From Jeff Cooper, Elmer Keith, Charles Askins, Bill Jordan,etc. Im in the mood for more reading and im just finishing up “No Second Place Winner” and starting “Hell I was there”. I will do a review in a bit but im curious what books you guys would recomend reading? And possinly add a brief review of it if you could or even post a link to a good review if you want. I feel my generation and the newer generations are missing out by not reading some of these gems from yester year, except Askins he’s too racist and might traumatize the newer more liberal gun owners. lol

You may want to check out anything written by Massad Ayoob. He is definitely one of my top favorites.

Here are some websites that can help: Massad F. Ayoob (born July 20, 1948) is an American firearms and self-defense instructor. He has taught police techniques and civilian self-defense to both law enforcement officers and private citizens since 1974. He was the director of the Lethal Force Institute in Concord, New Hampshire, from 1981 to 2009, and now operates his own company. Ayoob has appeared as an expert witness in several trials. He served as a part-time police officer in New Hampshire since 1972 and retired in 2017 with th Ay...

You ever read Jim Cirillo’s stuff, is it any good?

No I haven’t, but I can look into it.

Anything out there similar to Coopers stuff? I like how he implemented stories and lessons he’s learned along the way in the book along with the ‘how to’ stuff.

I’m no hero is about a POW story’s

Just War is about Tom Newman’s story’s about Vietnam.

Civilian warriors, by Erik Prince is about the company Blackwater and the story’s they had.

I don’t have a good reference for police story’s. I do like Jim cooper and have principles of personal defense and I think it should be required reading before you carry a firearm. 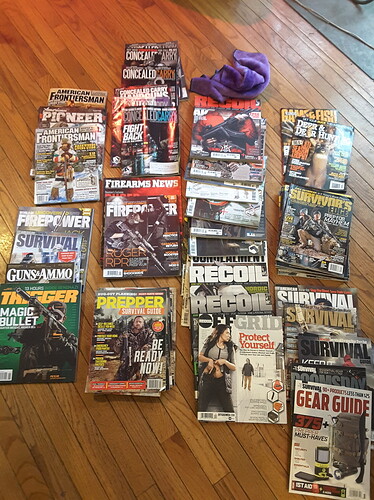 I had a bunch of old school playboys, like in the 60’s. i didn’t buy them except for the hustlers.

a guy gave them to me when i was a kid I had playboy centerfolds all over my walls as a young kid. and i mean like 10. i have some old soldier of fortune mags still.

The mini-bosses told me they are trying to clean the place up, you pervert.

The mini-bosses told me they are trying to clean the place up, you pervert.

You got Joe Bob thinking about it that is enough.

Survival Guns by Mel Tappan, What are the best guns for survival? Written in the '70s.

If you like to read about hunting, Small Game Hunting by Francis E. Sell. In my formative years I REALLY liked this book and his use of old big bore cartridges loaded down to decapitate small game and as practice for bigger game. Takes place in the Texas hill country.

More hunting, anything by Jack O’Connor. Yet another of my childhood gurus who helped shape my outlook today.

Robert Ruarks books, The Old Mans Boy and the Old mans Boy Grows Older. Not so much about guns, but about a grandfather bringing up his grandson in the gun culture. I particularly liked the first book. His granddad was the grandfather I wished I had. I never knew either of mine. Mostly took place around the Cape Fear, NC area if I remember correctly. Ruark also wrote other books but to me there was in them what I took to be a great deal of whining (Horn of the Hunter?). But not so much in the 2 books I named and definitely not the 1st.

More authors I remember if you can find any of their work, I read them mostly in the magazines I read as a child and young man, Jordan, Skeeter Skelton. The mags were Outdoor Life, Sports Afield, Guns and Ammo. G&A still exists I don’t know if the other 2 do.

Outdoor themed humor, Ed Zern and Pat McManus. All helped shape me as a young male.

Edit: A writer whose name eluded me was Corey Ford who wrote about the “Lower Forty” shooting club or some such in New England. Another column seen at the back of one of the old sporting magazines. Very enjoyable reading.

WOW! Those were the really good days when all we had to worry about were the Russians nuking us! Thanks for the thread and allowing me to turn back the clock for a short time. How strange, I can’t remember a persons name 5 minutes after meeting them, but I can remember this stuff from 60 years ago.

If you have access to old TV shows, the American Sportsman (ABC) before they only covered ball games was really good. It was real sports, shooting and hunting, and not game coverage back then.

This is the oldest old school gun book that I have. 1934 copy of Modern Gunsmith, by James V. Howe ( of Griffin & Howe). 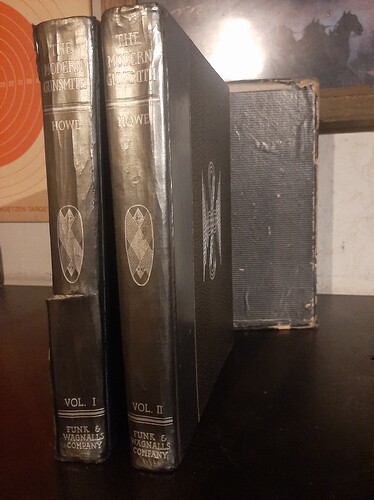 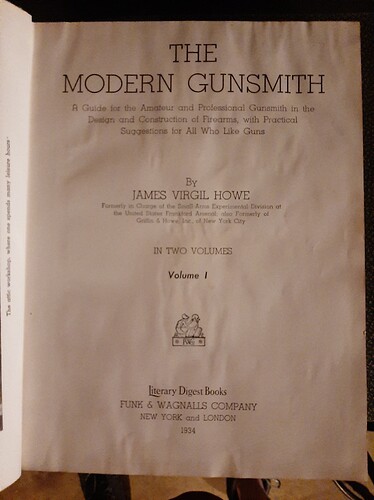 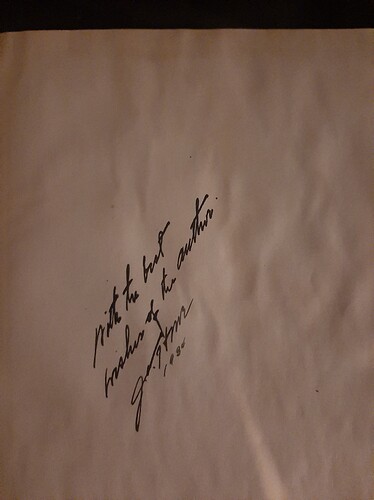