Lithgow Arms halts upcoming release of p90 to US citizens.

Apparently the p90 is the right arm of the socialist world… According to an exclusive article in The Weekend Australian, the Australian manufacturer Lithgow Arms will not be selling the highly anticipated semi-automatic F90 Atrax bullpup rifle chambered in 5.56mm Nato to the American commercial market....

Politics wins again. I say F em then if they ever do bring anything over. We won’t forget.

Dosnt look like a p90,I thought the P90 was similar to that bullpup you have?

Makes sense lol that explains it. Still pretty shitty, even for an irrelevant rifle like that.

They are owned by a French company.
You know those guys.
Won only one war in history.
The French Revolution.
But go figure… They were fighting the French.

True story: I worked overseas with some French Airborne Troops:

Me: French Airborne aye?
French: Yes we are (chest puffs out)
Me: That’s got to be very difficult.
French: It is… (chest out even more)
Me: How do you jump out of an airplane and surrender at the same time.
French: Very angry look

Me (kicking a horse): I mean what is your motto “Prepared to surrender anywhere in the world at a moments notice”

After Napolion and two world wars they are lucky they don’t piss themselves when they hear a loud noise. But I think they would be very good tyrants along with the British if given the chance.

I heard that is why they tried to shut down Euro Disney. All the fireworks kept causing the local French Garrisons to surrender.

Forget em, looks like a cheapened up AUG anyway.

I heard that is why they tried to shut down Euro Disney. All the fireworks kept causing the local French Garrisons to surrender.

were they issued perfume?

I used to make jokes about the French. After I found out what this guy did, I stopped.
https://www.google.com/amp/s/www.bbc.com/news/amp/world-europe-43525267

We really shouldnt clown on them anyways , they were detrimental in America winning the revolutionary war and declaring its independence…women with hairy legs and men wearing perfume makes for an easy target though.

Won only one war in history.

Yeah but they got that surrendering thing perfected!!!

I used to make jokes about the French. After I found out what this guy did, I stopped.

served beside the 2e REI in a feed the starving children UN stupidity in Ethiopia, early 80s - no surrender in those boys.

I think it’s brave what that police officer did. But, I’m wearing my tin foil hat again. Simulated attack in supermarket and then there’s the real attack in the supermarket.
Old article here (2015), but interesting. Would love to see an updated article with the last four years attacks/shootings and any coincidental/identical simulations that preceeded them. https://www.activistpost.com/2015/11/training-exercises-dovetail-with-mass-shootings-what-are-the-odds.html

Lithgow arms? Who the frick are they?
Oh, nobody I guess…bunch of political puppets trying to dance for their masters…
Never heard of the company before now…don’t care if I ever hear of them again. 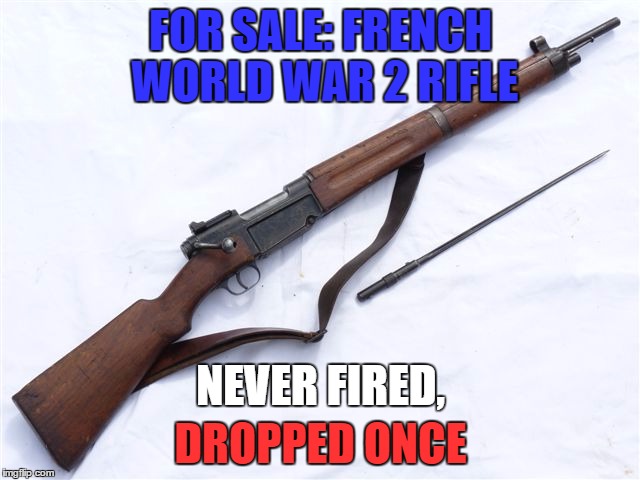