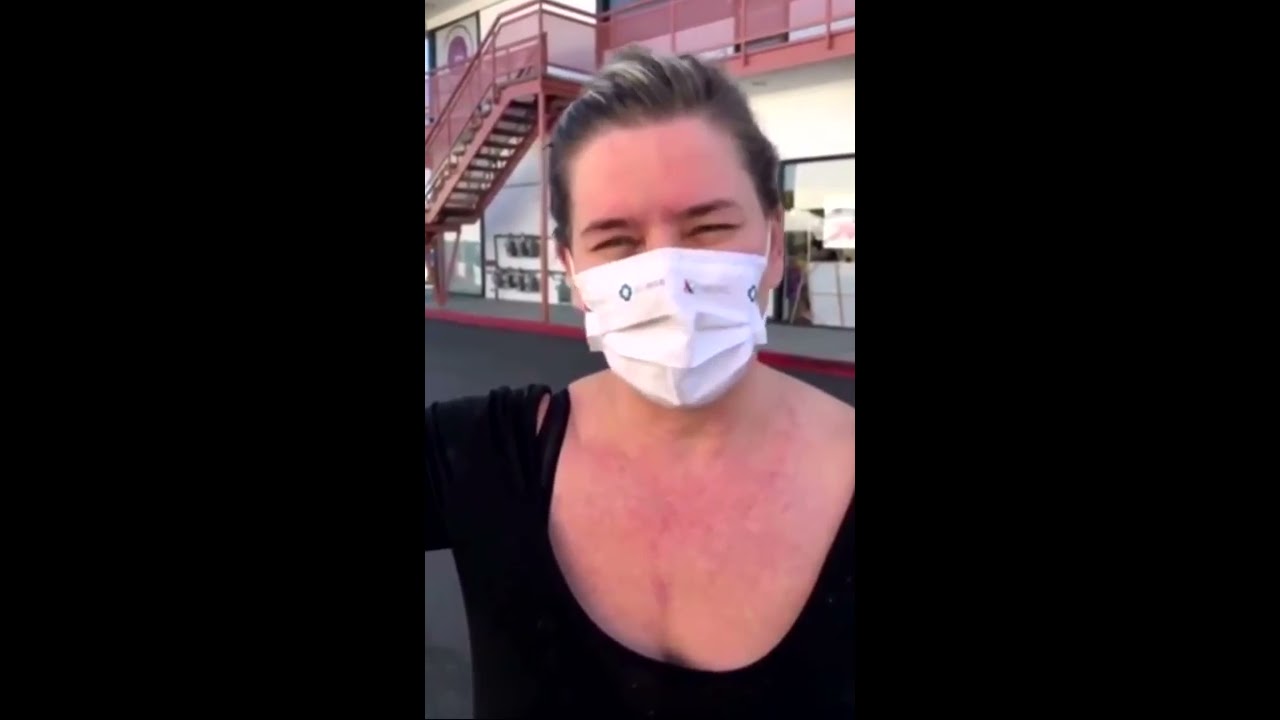 Typical government BS, Its not what you know its who you blow. Until the people rise up and take their rights back this will continue, we have a bar up here going through the same thing. He has video of the health inspector in his place writing him up every day and she is not even wearing her mask. Wake up sheeple. You put them in office this is what you get

She’s looking at it all wrong

Dittos to what you wrote.

But I want to stress that THEY put them in office. Once she gets her head screwed on right, if it isn’t already, get outta Dodge! But if she intends to be human pollution in another state and vote to put more of those dirtbags into office elsewhere then she should just stay where she is and enjoy the fruits of the voting.

Agreed, but look what we have running our State now. how did we go from Lapage to Mills in one shot? And seriously Jarrad Golden? We have have became “them” I left FL for this.

IDK what she’s ranting about. I don’t know the difference between what she has setup and what they have setup except they have a much larger area. And I have zero idea what the mandates are in California.

Here, in SC, we’re pretty much doing whatever we want. I don’t wear masks places and haven’t even been told to by people working in those places.

As far as working goes, I will say that business kinda sucks, right now. But, it’s because there isn’t any ammo or guns out there to sell. Panic buying has wiped out distributors and, in some cases, manufacturers. The only way I could sell anything right now would be to jack the price through the roof and I won’t do that to my customers. I’d rather say we can’t get it than have to tell them were part of the price gouging problem.

Bottom line is vote with your feet. I know that’s easier said than done. But, it beats having ridiculous government mandates starve you out. We are so far past “one man can make a difference” that, although expensive, relocating to a less oppressive location is really the only option.

IDK what she’s ranting about.

oh, I’d expect there will be more ranting,

And the merchants of the earth shall weep and mourn over her; for no man buyeth their merchandise any more:

And cinnamon, and odours, and ointments, and frankincense, and wine, and oil, and fine flour, and wheat, and beasts, and sheep, and horses, and chariots, and slaves, and souls of men.

Lord knows plenty have been sold out

Agreed, but look what we have running our State now. how did we go from Lapage to Mills in one shot? And seriously Jarrad Golden? We have have became “them” I left FL for this.

Yeah, my wife and I were discussing this just a few minutes ago. Lepage had everything on a self sustaining even keel, now the loony left is trying to screw things up again. Just this AM I heard that some anus either has or is planning to have the state, that would be us, to fully pay for the installation of heat pumps. “It would be good for the environment, so why not?”, is his justification.

I think the problem is that too many parents just allowed the worlds biggest baby sitting service, that would be the public schools, to do whatever they wanted to. The parents had the kids then allowed the looneys in the schools to impress their values on them. Now it’s up to us to weed the garden since they didn’t have time to pull a few weeds now and then.

What she’s ranting about is that the identical scenario right next to hers is OK, but hers is forced to close. What she doesn’t understand is that she is EXACTLY who they mean to target. First the left needs to destroy the middle class, then they’ll propose the solution that everyone will agree too. But first things will need to get really bad and we’re not there yet.

The seating next to hers? It’s big business so that’s OK. The left will be able to control that. But the middle class? Not so easily controlled. Plus by destroying it they are elevated slightly in contrast. Sure, they’re scum. 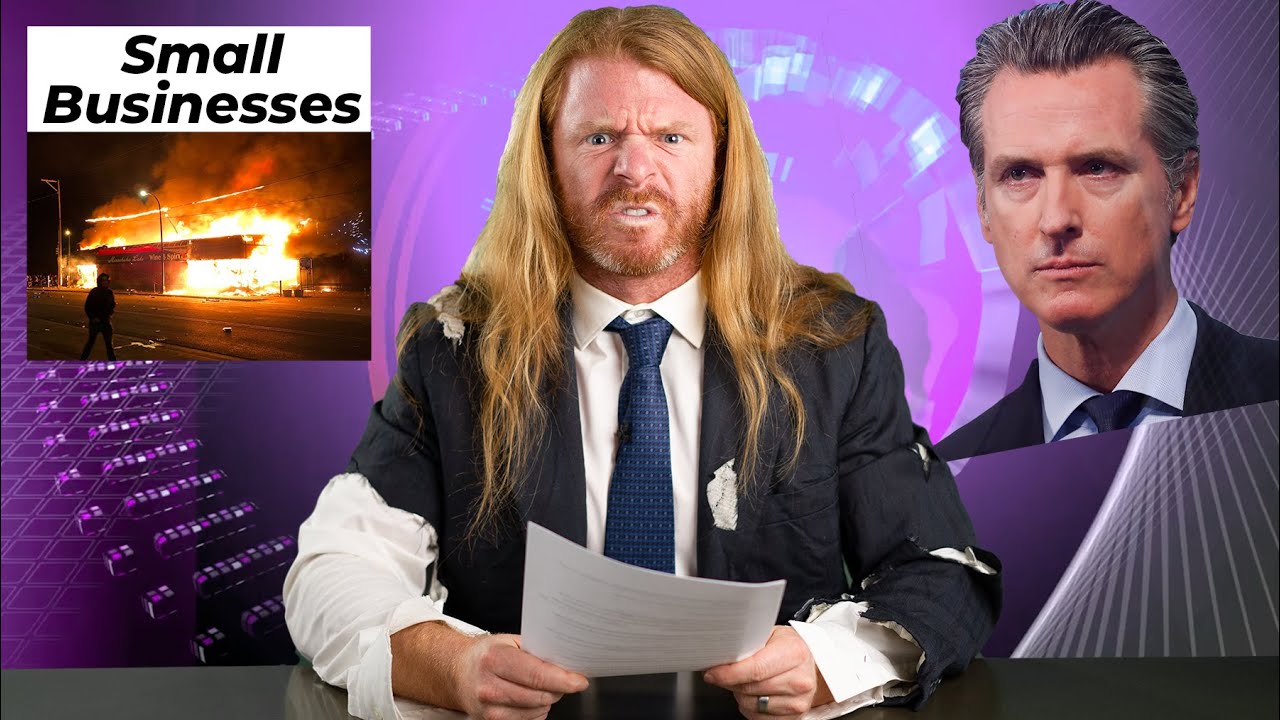 Paul Joseph Watson guest hosts The Alex Jones Show to break down the atrocities of the growing medical tyranny across the globe. ⁣https://www.infowars.com/ http://europe.infowars.com https://banned.video/ Our Christmas Super Sale is now live…

This guy is freaking awesome

Frequently, when my blood pressure can take the hit. That’s most times.

The beatings will continue until morale improves! - rants & raves

There is more WuHu Voodoo cases after lock down than when there was no lock down. the solution? More Lock down! LOL

Yes. i have to get some clicks without flags so the libs here don’t get them insta-deleted. CL has some sort of algorithm that if it has so many views w/o flags vs views w/ flags they can stay up.
I get a lot of emails from people who say they have never heard of most of the issues i post and are thankful for the info to make up their own minds.
I suppose they don’t watch any cable news or are on any forums, so so much stuff we know is lost on them.
I also found out mentioning “Covid” triggers CL to instantly ban the post.
I appreciate the clicks when i post any. I really do, if for nothing else for the sweet, sweet love i get from liberal’s emails to me. 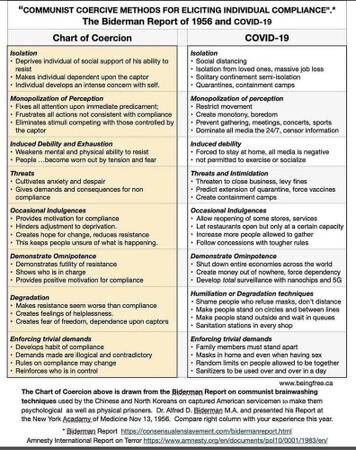 @DontBlameMeIStubbedMyToe I bet you got a few positive emails about this one from people being informed. I had never seen it before.

Hilarious that you troll on craigslist!

There is a guy that posted “knock knock” to me, that i was being investigated by the fbi when i spoke about building my ar, running over people who might try to kill me in my car, etc.
Some sort of way he conflated that to mean i wanted to go around killing BLACK people.

I lied, (it was actually a couple of year of years ago. I have no idea if he is still a fed. I don’t think so) and told them i just spoke to the fbi when my buddy has his clearance come up again.
It wasn’t like this 10 years ago. NOLA has a large influx of carpetbaggers, hipsters and gentrifiers ruining the city and culture.
We would still have up statues if not for them. One funny thing to do is to go and see the indians when they march. These fools have no idea they are NOT part of the procession. That’s what the SECOND LINE IS FOR. they get right up to the big chief and are very surprised when they are unceremoniously shoved out the way by the flag boy.
It’s a trip. I’ve told people beforehand not to do it.
They do it.
I yell at them to get out of there.
they don’t.
they get pushed.
they bitch.
I laugh.
everytime.
I am waiting for some FDE vinyl to come in because i have now named the pistol “knock-knock” and can’t wait to post it with the lettering on the lower.