look what I found in the corner

finally decided to pull it out of it’s shipping condom and remove the grease.

That’s where I left it

, thanks for cleaning it up for me.

anyone out know where there is a wood stock?
or decent scope mount…

@srdiver can I come over and help clean the other 3 corners ?

anyone out know where there is a wood stock? 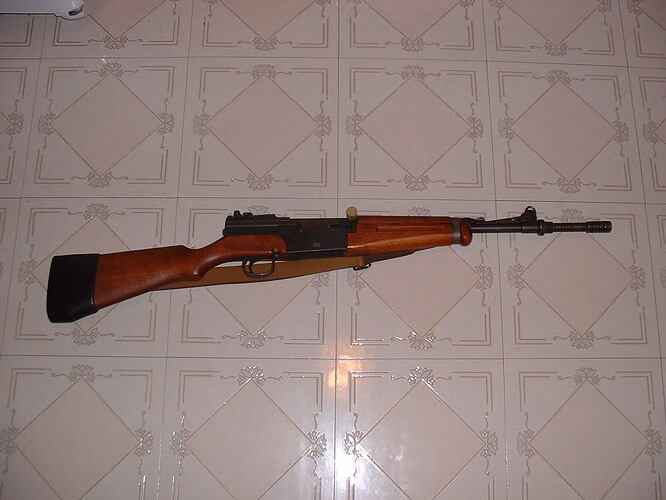 Now lets make it more interesting
it is a M 14S made by Norinco
It was imported in 2014, and is marked as a M305 (but it’s not a M305).
M305 tended to be a cast receiver and bolt where mine is 100% machined.
Knowing Norinco - it’s a military over run (they were making "M14 rifles for a few different foreign contracts). If you ever wondered where the m14 tooling went ask Norinco.
Still hunting for a M305A (the 7.62x39 version that uses AK mags)

The 14s stand for semi, where is the selector switch? i didn’t even know Norinco made those.

How long will the import process take before it gets here?