Louisville announced a 12 million dollar settlement w/Briona Taylor’s family along with a bunch of police “reforms”.
The police had a valid no knoch warrent.
Her boyfriend shot one of the cops.
And they pay her family 12 million.
Such bull $hit.

And they pay her family 12 million.

Yes of our money, welcome to the new world order. Just wait its gonna get worse fast. If you know people that haven’t moved from I am going to vote in November to I’m going to encourage as many people to vote as I can and also encourage voting in local elections hopefully you can use this to motivate those people.

Another piece of crap commie city caves to the sociocommunist machine of the DSA/dnc! Louisville just lost any cred they might have had.

The police had a valid no knoch warrent

No knock warrants are worthless commie as fuck. I dont feel sorry for them in this case.

I also wish the worthless ass judges that sign off on that nazi bullshit were REQUIRED to be the first ones through the door.

The plan to bankrupt the system is proceeding as foreseen 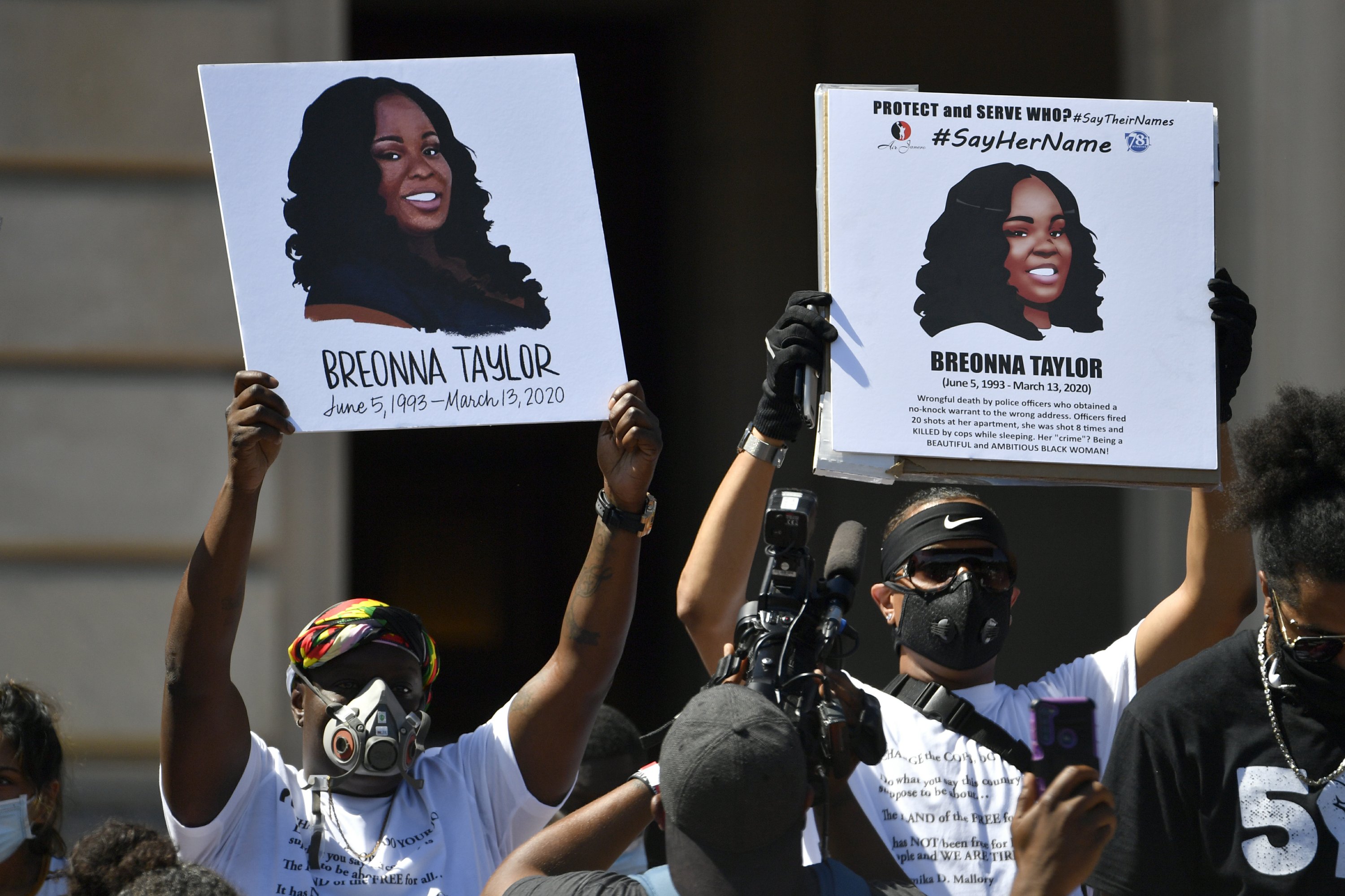 LOUISVILLE, Ky. (AP) — Months after the police killing of Breonna Taylor thrust her name to the forefront of a national reckoning on race, the city of Louisville agreed to pay the Black woman's...

I think no-knocks should end, and not just for drugs. The possibility of evidence for a nonviolent crime getting destroyed is no justification to gut the fourth amendment, especially to start a gunfight.

Instead of $12M taxpayer dollars going to the family, I want to see a new constitutional challenge to no-knocks. This was a big concern to me as a gun owner in California, with the maze of gun laws in existence and new ones getting passed overnight. As a lawful and peaceful citizen, I shouldn’t have to tell my family to not open the door for police, or that police are allowed to lie, or that someone I don’t know at work could SWAT me and get our door broken in.

I dont feel sorry for them in this case.

Anyone can yell “Police!” What protection do the fourth amendment and warrants provide if the citizen can’t verify the warrant before the search? Are we supposed to just let anyone in without proof, and hope the government fixes everything after the damage is done?

Anybody that breaks down your door in the middle of the night is a worthless criminal. Cop or not.

So, you don’t feel sorry for the cops that were executing a legal no knock warrant? Or just the whole concept of " No knock warrants".

“Legal” lol. I dont feel sorry for cops who engage in that shit nor do I support the concept.

You got to look at both sides, Brother. My 2 cents.

Shit like that and civil asset forfeiture are exactly the reason I dropped the R party. Too many of them touting the constitution out of one face and supporting that stuff out of the other one.

Good copy on that.
Edit

I agree, just don’t throw the soldiers under the bus for doing what the Generals order them to do. I’ve been there.

Shit like that and civil asset forfeiture are exactly the reason I dropped the R party. Too many of them touting the constitution out of one face and supporting that stuff out of the other one.

I wish I could give more than one " beer".

just don’t throw the soldiers under the bus for doing what the Generals order them to do. I’ve been there.

Thats a rough thing to do , why do we commonly hate-on nazis, Isis or communist soldiers then? They were just doing thier masters bidding.

Our founding fathers absolutely threw low level tyrants under the bus. But I dont agree with shooting cops, thats a lefty thing. I just dont agree with civil asset forfeiture or no knock warrants. There are extreme cases where it may be applicable but 99% of the time its not, in my opinion.

I agree there, letting law enforcement enrich thier departments by confiscating assets from drug crimes has done far more harm to the civilian/law enforcement relations than anything else in my lifetime.