Just picked one of these up. Had the usual issues at first, with cheap ammo. Did a good cleaning and polished all the slides and contact points. One thing for sure, they didn’t skimp on the hardening. It runs really well now.
This weekend I had the opportunity to take it and a SAIGA apart. They are damn near identical. 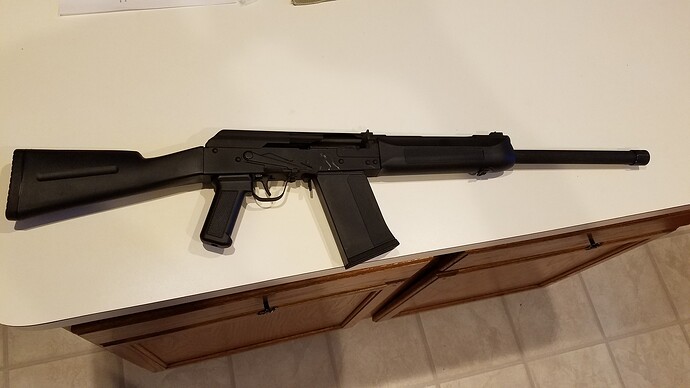 Good to know! Thanks for the info Brother!

It wasn’t too expensive. Right at $500, out the door. I had mine on layaway. Only way the wife wouldn’t notice reallocation of funds. Lol

Only way the wife wouldn’t notice reallocation of funds. Lol

Not necessarily, doesn’t her car need a new electronic gap module for the vehicle computer to communicate with the spark control module? They are like $600! That’s a lot of ammo buddy!! I mean that’s an important safety mechanism…

Do you know the differences? I had a Saiga apart and they looked identical. Not doubting you. Just wondering what makes a Saiga better.

Badassery at its finest.

I see. Parts are all the same but manufacturing tolerances could be completely out the window. Any known issues or concerns?

Anybody know where I can get a wooden thumbhole stock? This plastic stuff might look cool but it’s uncomfortable as hell to shoot.

ran across a significant issue. this thing came with a buffer factory installed. first AK type gun i ever bought that already had one in it. as you can imagine, it didnt last long. i took it apart yesterday and the buffer was mangled. no big deal, i just took it out. well, thats where i found the issue. the end of the recoil spring assembly is not correctly machined to match the bolt. when the bolt comes all the way back, it now jumps off the rails and hangs up. i spent some time comparing this to a Saiga today. totally mismatched on the parts. i think the buffer was just a bandaid fix for the real problem. so, at this point, i guess ill have to get creative with the TIG and mill. theres no buying Saiga parts to replace these with. 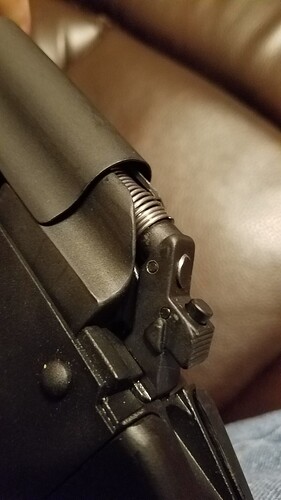 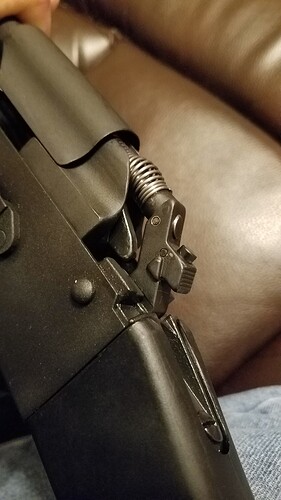 Well, maybe its just me, but I won’t spend time and money trying to fix something I paid good money for. If its a bad design, send it back and get something else. That’s my philosophy.

I spent $500 on it. After getting some rounds through it, tearing it down, and going over everything, it’s not a bad shotgun. This was the only major issue I found. I would still have to put in another $400~$500 to buy a Saiga. I can fix it in a couple hours. Still works out cheaper and will run as well as anything else once this is fixed. Although, I wouldn’t recommend anyone else buy one of these unless you’re prepared to do the same work. I wouldn’t pay someone to fix it. That would cost more than its worth.

Look at the MK1919 its a great little semi auto magazine fed shotgun… I have two and I love them…
https://www.budsgunshop.com/search.php/q/Mka%201919

Wish I had taken pics of the Saiga while I had it apart. The bolt and rails are the same dimensions. I had both disassembled, side by side, on the work bench. It’s the recoil spring assembly that keeps the Saiga bolt from jumping off the rails.
I get the purpose of the buffer but this one barely made 50 rounds. Without it, that Lynx is just a club. The Saiga will run just fine without one. I’ll take some more pics and measurements of both next week and post it all up. I’m going racing for the rest of the week until Sunday so, no gun play for me.

I have both so understand what your talking about