Here is the Iraqi helmet I just picked up at a Civil War relics show outside of Chattanooga. This really says something about how much they cared for their soldiers. I would not want to be wearing compressed canvas coated in rubber or resin to protect this head. It feels light and cheap for sure. It’s basically the worst copy of a US M1 helmet ever. By anybody. From Wikipedia…

The Iraqi M80 Helmet is a military helmet made of compressed canvas used by the Iraqi Armed Forces from the early 1980s onwards. They were used in the Iran–Iraq War, the Persian Gulf War/Operation Desert Storm, and the 2003 Invasion of Iraq/Operation Iraqi Freedom. These helmets were originally manufactured and designed in South Korea but in 1990 an Iraqi-made version appeared, which is usually fitted with a distinctive rubber rim. Both types of helmet are still in limited service with the Iraqi Security Forces but are being replaced by the American PASGT helmet. 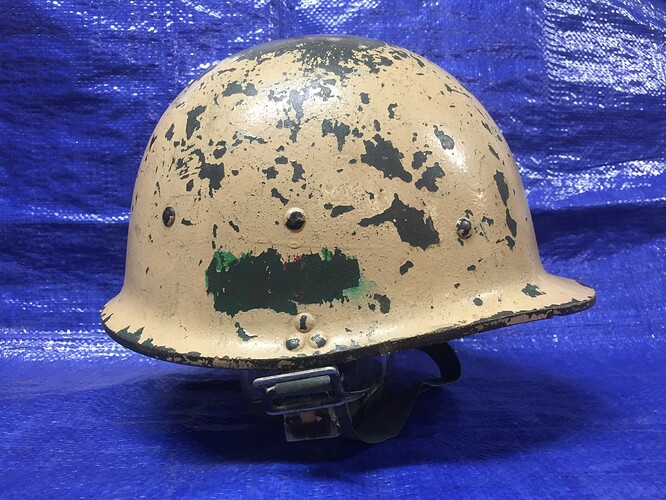 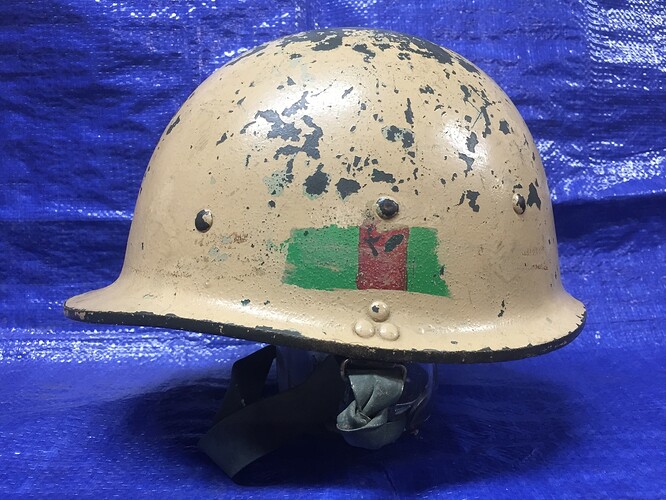 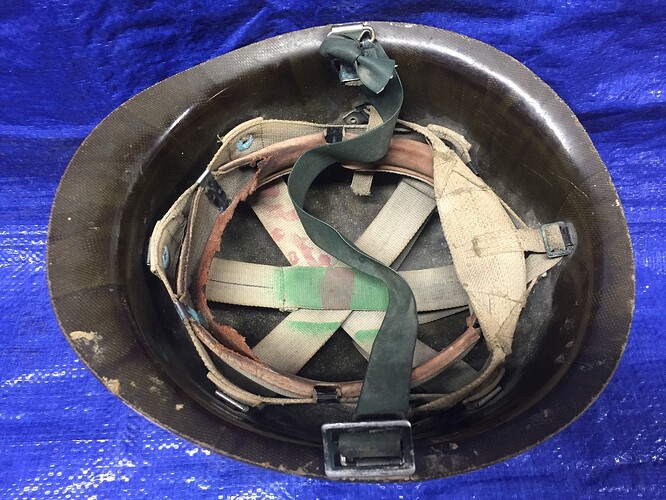 Edit: This is a repost but since we are cleaning up our categories I think this fine piece of junk should forever go into the Gear category.

who ever said the Iraqi military cared about soldiers… 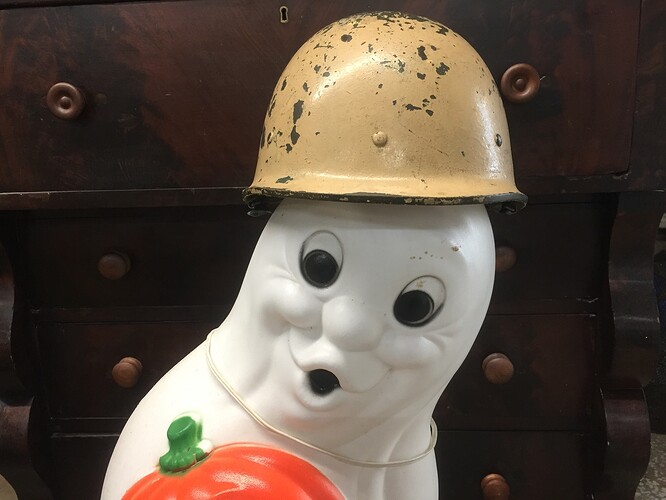