Man has his guns confiscated because he is racist A California Man Had His Guns Confiscated Because He's a Racist - The Truth...

A California man who reportedly heads something called the Bowl Patrol and espouses hate for various minority groups has had his guns confiscated by the Sacramento County Sheriff’s Office via the state’s “red flag” law. In effect, he lost his guns...

Does anyone know if this guy actually threatened anyone in a way that could pass muster in court?

Since when does that matter? Rioters and BLM openly threaten people on tv

It matters, because that’s a high bar. It has to show a particular target and plan, indicating to a reasonable person that he would actually carry the threat out. Context has to indicate a real threat, too.

And if that mattered BLM wouldn’t be armed to the teeth threatening people on tv.

These laws only apply to certain people and are overly emphasize d on others.

They don’t play fair, but we can’t claim that as a defense unless we consider (constitutional) law to have weight ourselves.

They don’t play fair, but we can’t claim that as a defense unless we consider (constitutional) law to have weight ourselves.

I can’t think of an example where “sacrificing a pawn” from a weakened position actually worked in warfare or politics.

I think we can give no quarter. If we compromise at all, the other side will start launching a new attack from the ground they just gained.

I think the only time sacrifice pawns work is if you immediately and decisively take back the exact territory you lured them into, before they establish themselves there.

Well the guy is a racist prick so he would actually do more damage then good for the cause. The cause being winning the hearts and minds of the people, that’s the only way a revolution can be won. The left is winning this , btw

I dont like red flag laws but I seen this coming and am not at all surprised. Next the Republican party will be kicked out and treated like commies were in the 50s. This is a hostile takeover from the streets to the SC.

Not the first time this has happened. Kaleb James Cole was not charged with any crime, but the guns were taken under the state's "red flag" law.


I agree these guys are d-bags, but when we allow the government to deny someone their rights (however distasteful they are) we are allowing them deny everyone’s rights.
8 Likes
Robert August 4, 2020, 1:29am #13

we are allowing them deny everyone’s rights 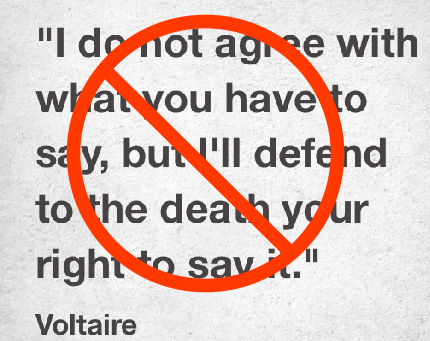 I saw the title to this thread and thought it’s gotta be about @Belt-Fed.
.
.
Then I remembered he ain’t got no guns so…

I don’t like human races in general. Even my own.

Some individuals are tolerable. In small doses. Like all you guys, of course.

Just stay off my lawn.

Then I remembered he ain’t got no guns so

Nope, couldn’t have been me.