The subject threw me off for days, but I guess you’re welcome here. We make every attempt not to kill each other. There are plenty of enemies today, elsewhere, for us to waste time and energy fighting each other. At least that’s the way I see it.

Damn it Brian, there goes the neighborhood, better take your hubcaps in each night now

We’re from Maine we don’t need no stinkin hubcaps

You don’t have any because they are the first thing to rust away.

I don’t know, hope it was just an off day

Yeah, maybe you ought to take it easy today. You don’t want to get “Bidenitis” !

Maybe the first F is for Flying

Could be! Thanks for that.

Correct.
Ya, I don’t care who hates me- I only care who lies about me, especially when they thought I’d never find out. (I gotta give the one chick credit, she lied about me, but she said it directly TO me.)

Well, it sounds like we may have something in common. I think you will find most of the people here are not into the drama normally found on the web if you give them a chance. There are some smart asses but the really vindictive ones don’t last.

Ya, I don’t care who hates me- I only care who lies about me, especially when they thought I’d never find out. 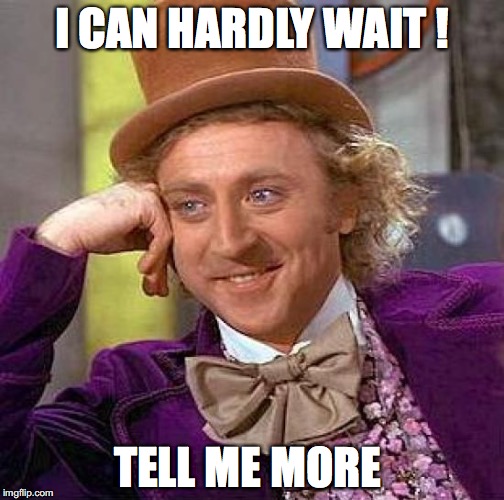 Had that happen once, as I was leaving a guys house he confronted me for telling a story I’d never even heard before to someone else, how he ended up as an overdose patient, hospitalized

Told me who told him, I drove straight there to confront him, tells me I told him, just baffled the hell out of me, half hour later after I got home his friend was at my door paying the money he owed, money I had written off long before, some type of conscience effect IDK, I never associated with him again

I only care who lies about me,

Stay out of the Lies all Lies or Liars threads.

IF that exists, it doesn’t count- The title tells you you’re not ALLOWED to tell the truth, so if you cain’t take a joke… Well.
I’m totally good with jokes.

Its up a level or two

Hello! Thanks for taking the time to find out what to expect. . 1: Expect its like the gun range, friends here who love guns and sharing tips and tricks. 2: In the beginning you’ll be limited, only a handful of posts your first 24 hours, we have unlock levels (secret category’s) which time and participation unlock for you. 3: You are as welcomed as you are welcoming, give us crap you’ll get a nap, we will silence you for a short period if needed, bans are rare, don’t be rare. 4: FULL30 does …

Oh there.
This should be fun to see… (Seriously, one of my safewords aspeges my sexual orientation, the other is a racist slur, you can’t hurt me with a joke…)