Maybe feds shouldnt be allowed to have guns

Since they believe one or two idiots actions should be the deciding factor with everyone else.

The greatest killers of all time have been governments. Democide is responsible for ~260 million deaths in the 20th century alone. That’s more than all wars combined, ever.

Agreed - governments kill more people than all the criminals in the world (IMO).

If you ever watch the TV series “War, Inc.” you will see what I mean. A lot of really senseless killing - more about power grabs by governments, than what is right and wrong for the people governed by those warring (sp?) governments.

If cops can’t have guns neither can the citizens. That will be the argument

In California, police are exempted from all sorts of gun bans. A citizen can’t get a gen 4 or gen 5 Glock for example, but the handgun roster doesn’t apply to police. They can have magazines bigger than 10 rounds and NFA weapons including full-auto (except for SBRs and SBSes, which no one can have). They also are allowed to use tracer and incendiary ammo, which regular subjects cannot. And only police are allowed to have suppressors.

This sort of discriminatory regulation subverts a primary goal of the second amendment.

Okay for me, but not thee 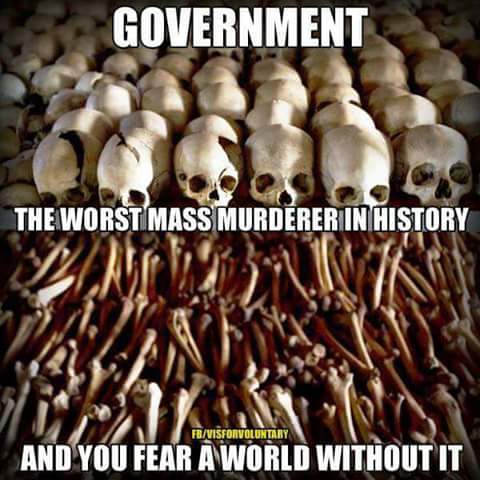