well what happens when Norinco decides to resurrect some long dead rifles - or just doesn’t care? 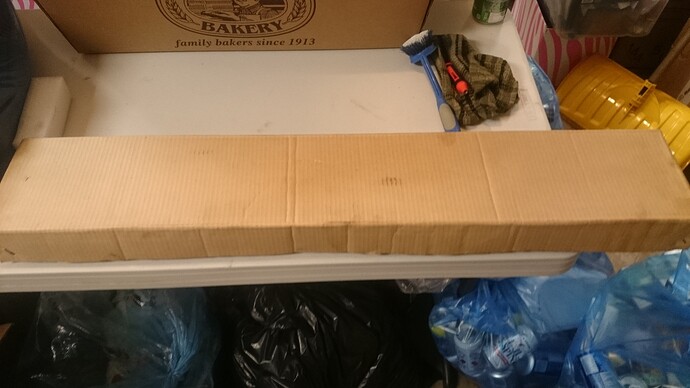 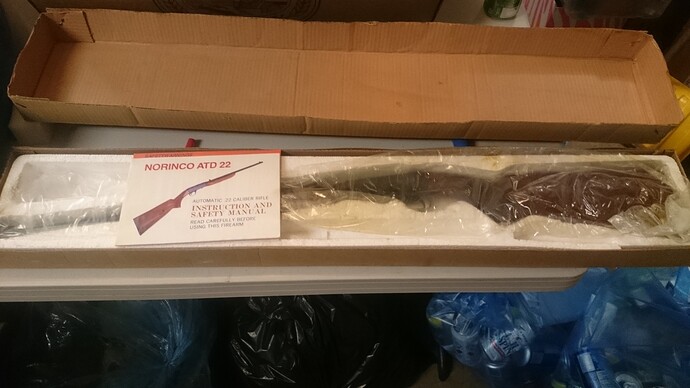 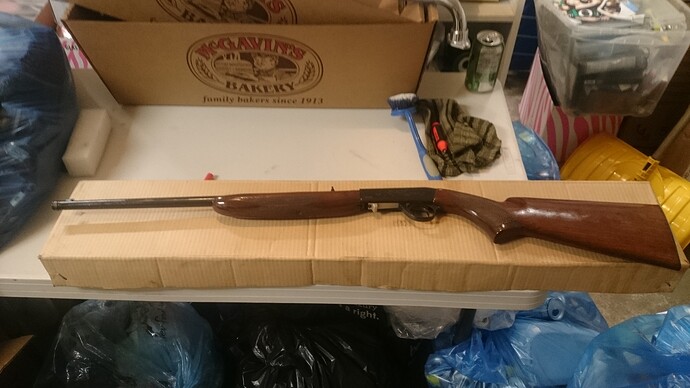 it is such a good copy that parts are interchangable 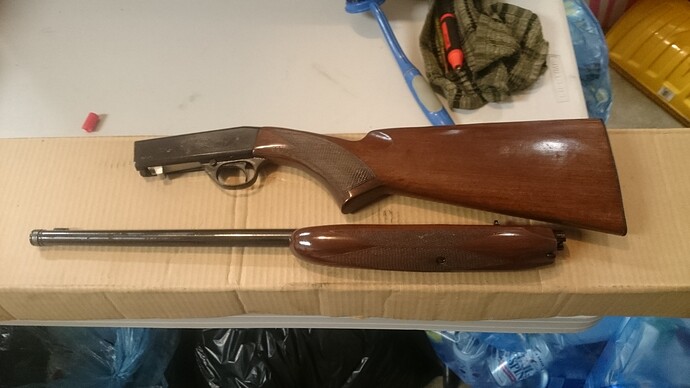 DSC_00811333×750 307 KB
friend actual has both and he can swap barrel assembly. It is a single latch quarter turn to dismount the barrel (remember to pull the action to the rear to clear the extractor). 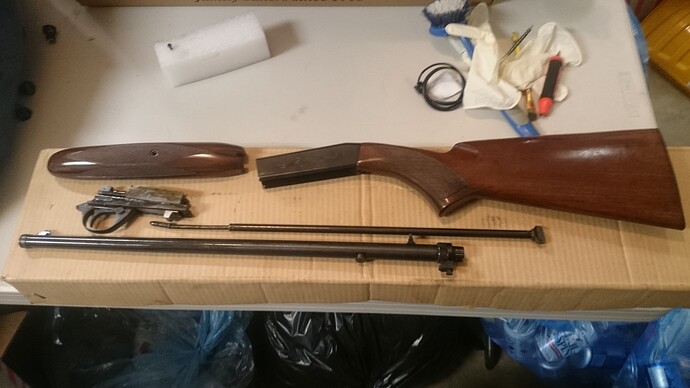 DSC_00821333×750 318 KB
there was icky stuff in places that well someone who doesn’t like me knew where to hide it.
the spring and follower in the tube looked like some day old peanut butter and green tea and got a good soak.
The breach block was real simple to remove, pull the bolt to the rear and side the trigger group forward to clear the rails in the receiver, it too went straight into the diesel.
plugged the muzzle end and gave the breach and good drink of diesel and did the same where the magazine tube was.
Then it was scrub scrub, brush brush and repeated pull through in both the barrel and magazine well and feed path.
and once it was “shiny” back together it went and setting the proper barrel tension. 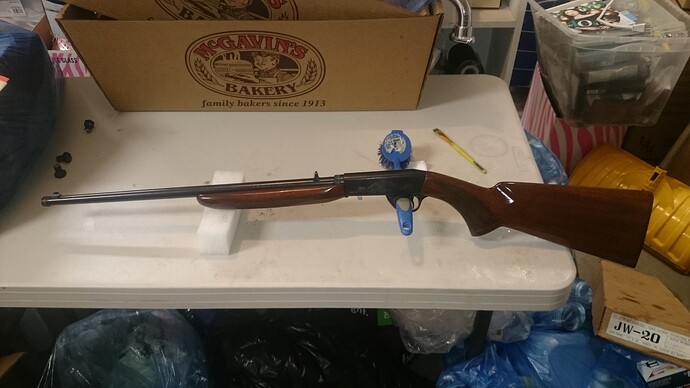 things are so close in spec that the most common thing lost is the tube guide and spring - best part is they are interchangeable.

did I mention US$130…as compared to $600 for the Browning - there is one on Gunbrokers right now but doesn’t have the threaded muzzle.

Hell of a price!

I think Norinco brings back some real icons in the firearms world.
Quality lacks sometimes but I say good for them.
History re-born.

Darn you ! Now I want one of those too.

did I mention it is center tapped for a scope…

in truth it is a Chinese Copy of a SA22 and you can see some of the quality issues (or lack there of), but it does shoot and from what I know about them they will always go bang and are quite accurate.

Last week it was taken out and shot using Winchester Bulk pack 38gr HP and it ate them. It was consistent grouping to the left but on for elevation at 25 yards and once you knew where the POI was you could hit the balloons.

image651×1535 811 KB
I used a couple strategically placed step in electric fence posts (cheap at 2 dollars each) and than simply pulled the end of the blown up balloon through the wire guides.These worked on everything from the 22 to target load 12ga but one post didn’t quite survive the SKS.
The only draw back to the Norinco ATD 22 was I started to get FTF at about fifth load and it was ammo related (the nose of the round blunting up against the feed ramp. It could also have been how cruddy the feed mechanism had become. The other issue that had developed was the rear stock was coming lose, which appeared first as having issues with loading through the loading port in the stock. It got to a point that you had to take the magazine tube completely out and load from the butt.
Once I made it home and stripped it down the outer magazine tube had loosened which allowed the cartridge port to turn out of alignment. The tube “appeared” to be staked and since I could not find my center punch a bit of locktite was used. So with a multiple stock on/off and check for loading issues and quick nudge with the pliers got it set. Back on the stock went and everything tightened down.
It had (has) issues but in all honestly would be a good first gun for someone (the simple fact of the hands on maintenance with simple tools). It is fairly accurate, light, easy to point and simple to use. The bottom eject makes it easier for a novice simply because they are not flinging cases at them selves or others. It has a simple cross block safety on the trigger and as long as any failure to fire or to shoot Immediate Action is to pull the action to the rear and release.
6 Likes
system (system) December 29, 2019, 10:36pm 11
srdiver (Tim) December 29, 2019, 10:51pm 12 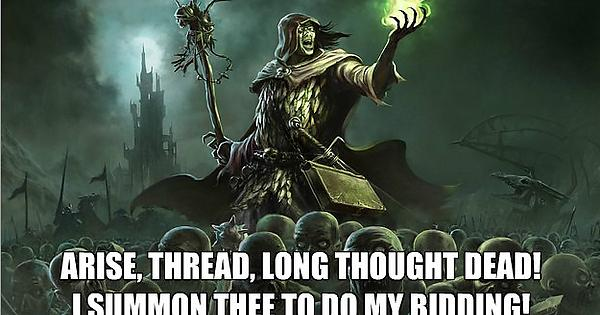 I wish we could get Norinco guns still

or the other red rifle

and if you want ugly norinco
https://www.cabelas.ca/product/94870?productVariantId=269606

guns you will find at Cabela’s

funny how that holds true on this side of the fence too.
I go to Cabela to fondle something than buy it from my “local” dealer or on line.

Have you taken it to the range to see how it shoots yet?