Mistakes I made when the Surplus fever came about

Gosh, I pulled a big boner when the Surplus Firearms were all the rage fifteen years ago. My biggest blunder was selling my Century Arms AK-47. Paid $319 dollars for it. That AK ran like a gem. I also got into the surplus rifles. I had several Mosin’s, a few Swiss rifles, etc. The list goes on, so I won’t bother you any further. I guess we live and learn. Anyone else done foolish buying and selling nice RELICS?

I should have bought as many K31’s as I could back then. PSL’s while not really surplus in my mind like old bolt guns, also have skyrocketed in value since then and haven’t returned to earth yet. Russian SKS’s too ugh! Passed on one for $150 at auction once and knew I’d regret it some day. Haha basically every surplus gun has gone to incredible value increases, as I should have known they would. I was thrilled a few years back when I picked up a M96 Mauser for $350. Made in 1910, perfect condition, shoots like a dream, and all matching #. Solid find!

Most regretted gun I sold was my rockola m1 carbine. Still kick myself every time I think about it

One of the few pieces of bad advice I got from my father, “Don’t mess with that worthless military surplus stuff, it will never be worth anything” he said.
That was the mid 70’s when I was begging for him to order rifles from the ads in Shotgun News, '03 Springfield’s were around $100, most everything else was cheaper than that. I did end up buying a Winchester P17, sits as it came home from the Great War. 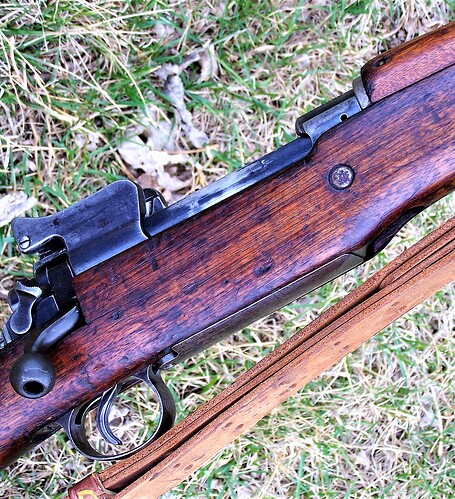 Beautiful rifle. I wish I had one!

I can remember gun shows in Jacksonville, NC outside Camp Lejeune when you could buy SKS’s and AK’s by the crate…SKS’s $500 and AK’s $1000…never was a big fan of either, but I could have made a ton of money if I had bought a few cases…my only relics are two Model 12 Winchesters, a 16 and a 12, both over 100 years old and work better than about anything you can buy today…

I remember our local Army/Navy advertising both by the case, same deal, yep, few of those would have been good buys.

After reading the title, I was expecting to see a thread about bad impulse buys and other regretful purchases. However, we appear to have more regrets about NOT purchasing. I have the same regrets.

The P17 is an absolutely beautiful rifle. It’s a bit obscure too, but it’s built like a tank. I absolutely love mine!

My only regret was that I was never able to get a nice K31 or K98 when they were readable available. Lots of things in life got in the way and by the time I crawled out of the hole they were gone. But along the way I did pick up a couple nice SKS and Mosin rifle in like new condition all for less than what a modern rifle would cost so guess that will have to do.

I once bought a Mosin for $59, shot it a few times, then sold it. If I only knew then what I know now.

I once bought a Mosin for $59, shot it a few times, then sold it. If I only knew then what I know now.

The only mil-surp rifle I ever bought and don’t like is a Yugo SKS. I have a Russian and a Norinco and I thought it would be cool to round out the collection with a Yugo.

First off, it’s heavy. The grenade launcher makes it no fun to shoot. And honestly, it’s just kinda ugly. To top it off, I paid too much for it. I threw it into the back of the safe a couple years ago and it’s been there ever since.

I am super happy with the rest of the collection though! I was excited to find and purchase each rifle. But that Yugo and I just never saw eye to eye lol. 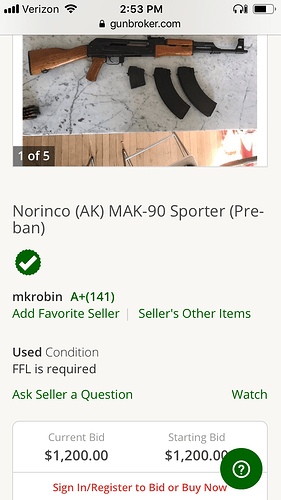 The Yugo SKS was the first SKS I bought, I got mine for $149 out the door about 12 or so years ago. Mine was a 1970 refurb and I though the grenade launcher was a cool feature that doubles as a flash hider that set it apart from any other SKS along with the flip up night sights. I don’t pay much attention to weight as all my rifle are steel an wood. It’s a great shooter as well an very accurate with my cast lead handloads.

Had an incredible accidental stroke of luck in my hunt for an original 1891 Argentine Mauser. As per usual when this sort of thing happens, I sat down at my laptop on Gunbroker with a pour or ten of Woodford Reserve, and I woke up transformed into the high bidder on not one, but two 1891’s with all matching numbers, original condition, and one without import marks. Well…guess who won both!? One I was the only bidder on, and won it for a mere $300, and the other was maybe like $350 before shipping. Shipping one back home to pick up as a Christmas gift for my youngest brother (middle brother got an antique Ithaca SxS 12ga 2 years ago, so now its Mike’s turn) and the one that I’m keeping should be here right before I fly home which works perfectly. I am massively excited to see them both, and more so glad my hunt for one is over, and that I got a relatively fantastic deal on them compared to all of the others I’ve bid on in the past. Pictures to follow once I have them in my possession!

Gunbroker with a pour or ten of Woodford Reserve,

Gunbroker & Bourbon are how I acquire most of my guns,

My FFL asked before why I don’t buy any guns from him, looked around, no easy chairs and no bourbon