Measure 44 , something to compliment measure 43. I really wish they would just f*** off already. 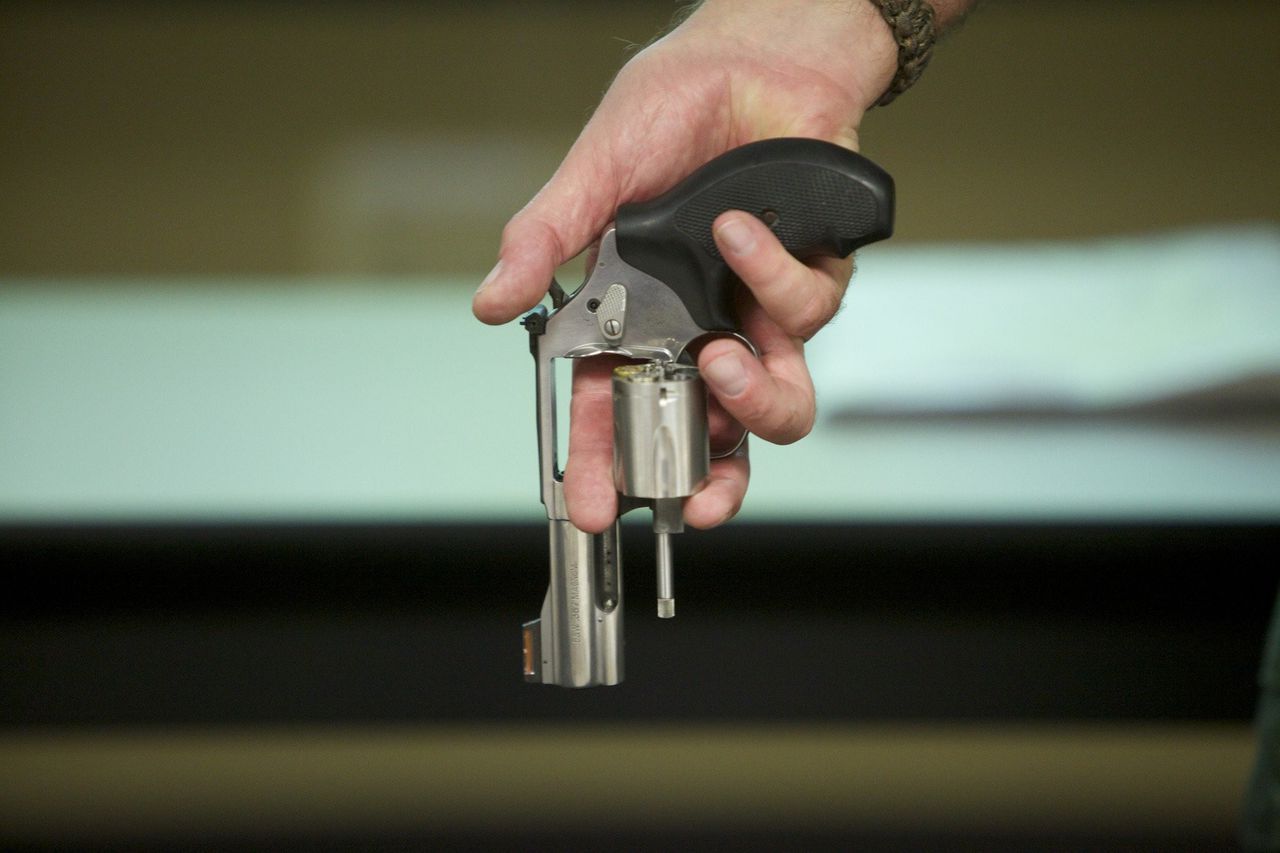 Initiative would make Oregon gun owners use trigger locks, be liable for...

The initiative is the second gun-related measure that could appear on Oregon's November 2018 ballot if backers gather enough valid signatures.

Ya know… this shit is really getting on my tit.
I’ve been pondering and researching both Ca and Or anti gun campaigns. Maybe you can help me. Ca has the CRPA and Or has the OFF. I found this (link below) Second Ammendment Preservation Ordinance. It is my understanding that similar ordinances were adopted by three counties in Oregon. (Please correct me if I’m wrong. It may be more or less.)
Here in Ca several cities and counties have adopted positions to not follow the states “Sanctuary” policies.
I think it’s time for all of us to get together and push to reject any and all infringements to our rights.
These liberal overrun states think we live in a pure democracy, where majority rules above all else. WE DON’T. We live in a democratic republic. Majority rules, but cannot overrule our constitution and constitutional rights. We, not they, are the majority. The fact that they are the majority in the states assembly and senate does not give them the power or authority to trample our rights.

I think it’s time for all of us to get together and push to reject any and all infringements to our rights.

You are 1,000,000% correct sir. However, it seems like the “silent majority” just will not participate in the voting process. Americans need to stop fucking complaining and start voting and taking a more active role if they want to keep their rights. If not then they deserve what they get.

Right now in states like CA or OR there are PLENTY of people not voting who could and enough to at least start making some sort of headway. Having said this though, I do think CA is probably a lost cause but OR sure isn’t…yet.

edit
Oh, and the media and google/youtube/facebook and etc need to be made irrelevant. Their influence using lies and subterfuge is disgusting.

Torque…I’d respectfully disagree. For your consideration, here’s why: When the voting process is so fundamentally flawed that the best it can produce/offer is candidates who represent “the lesser of two evils”, a more drastic change is needed. For the better part of six (6) decades, we as Americans, have been collectively holding our noses and voting for “the lesser of two evils” (which is, I might add, STILL evil). How has this practice worked for us? To paraphrase Mark Twain (Sam Clements), “If voting mattered, do you really think they’d let you do it?” The point is that short of a paradigm shift our fate is sealed. We are living in the latter days of the Roman Empire, nodding nostalgically at the glory days of the past, pretending all is not lost. The truth is that despite the “Don’t Tread on Me” bumper stickers, we are tread upon. We have been tread upon for over 200 years now, and if we were going to do something, anything about it, we would have by now. Do you believe that as a nation we are stronger/harder that we were 100 years ago, or post WWII, or 50 years ago, or hell even 20 years ago? Do we have the fortitude to do what is necessary (i.e. - refresh the Tree of Liberty)? I doubt it, and I sincerely hope I’m wrong. I think the best we can hope for is that our children are able to live relatively free lives, and our grand-children don’t hate us for squandering their birthright.

Oregon still stands a chance to survive this year. But the dems have already said they will try again harder, our governor already took 40 mil from the Brady org to fight “gun crime”. I think we have the numbers by a hair but the dems vote more, have more money, more resources and the momentum. I will vote on specific bills but not everything like the governors seat or snything like that. Even the republican running is a lib here ,he supports higher taxes and abortion as much if not more then the lib we have although his stance on guns is a little better. I dont want to vote on any of them, its pointless.

So I agree that state wide in Oregon for example the vote options may be limited but not so much at the county level. If we (meaning pro 2A folks. I’m in ca) can get the more rural counties to pass ordinances or at least policies to not enforce anti-gun state laws we have a chance. If county or city LE don’t make an arrest, or the county DA doesn’t prosecute, we win. The state would have to file a ton of law suits against the counties. Would they follow through? Would the publicity of a state suing its citizens and local governments over fundamental rights bring out the conservative vote? Think about the the publicity failure of Ruby Ridge & Waco. Those I think kept the Feds in line in the Bundy incident.
The problem I think is that we, individually don’t want to run the risk of prosecution and I understand that. That’s why I think we need to work very much at the local level. Face to face if possible and at board meetings to get a commitment to go easy on violations of the new (stupid) gun laws. Crime and violent issues obviously need to continue to be enforced but local LE can turn a blind eye to a mag of more than 10 rounds or an AR found in a car at a traffic stop.
I’m gonna start looking at this locally here in Orange County, Ca. But while it’s still mostly conservative, not by much. And do to the large population density I don’t think it will fly. But in Oregon, other than perhaps Portland and Salem this approach may work. I encourage anyone in Oregon to check out OFF the Oregon Firearms Foundation.
Let’s fight this shit while we can.

Actually its Portland, Eugene,Salem and ive been hearing Bend is a leftie city now. We still have the numbers by a hair with how popular hunting is and how hard alot of them are fighting this but the lefties got momentum and are gaining ground with all the “march for our lives” bullshit and kids holding up signs with pics of other dead kids and blaming guns…its 50/50 at best with them having the edge. 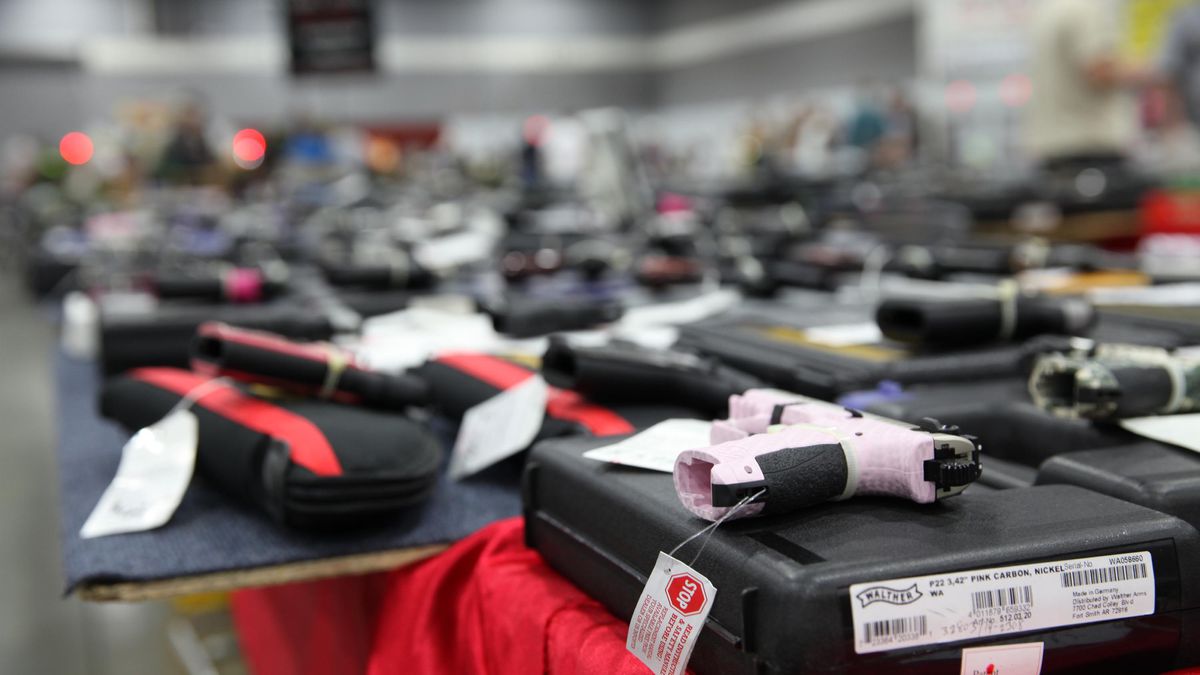 The initiative likely won't have time to collect 88,000 valid signatures. Supporters are planning an announcement next week.

Is gerrymandering a big problem in Oregon? I would have to think that it is at this point.

Yea it is. Im hearing the pro gun people and organizations are pushing back hard on these bills.

Well at least this is some good news.

That’d be nice. Oregon has some really awesome areas…I love the central/east high desert (Bend --> east all the way out to the Blue Mountains/La Grange), and Klamath Falls/Crater Lake area. It’s that damn Portlandia influence that screws things up (imho).

Yea I live over in Eastern Oregon up in the corner of the state , ive heard Bend is getting real snowflakeish. We are alot more like the people from Idaho then Portland around here.

I have heard that as well. Haven’t been there since the early 2000’s, but it was awesome then.

I live around the Pendleton area, it is a nice area. The underground tours and the round up bring in alot of tourists at certain times of the year though.

kind of confused here and why these four points are bad
-Store and transfer their weapons with trigger locks or in tamper-proof locked boxes
-Directly supervise any child who uses their gun
-Report a lost or stolen gun to the police within 24 hours of when they knew or should have known of the gun was missing
-Be fully liable for an injury caused with their gun, unless the injury results from self defense or defense of another person
These are all things that a responible and legal gun owner should practice.
It is not a matter of freedom to leave your firearms just laying around, nor does it imply or state that if you are carrying that you need a trigger lock.
With Freedom and Ownership also comes a greater responsiblity.

I agree but they need to stop adding more and more laws. Everything they pass is a stepping stone something bigger and most legal gun owners already do this

I agree with you in principle, however how do you think this will (or can be) enforced? Are you going to send the cops into folks’ homes to check how they store their firearms? Create a firearms registry so they know who own what, and where they are located? And once that happens, how long before they “Come & Take It”? See the problems here? It’s more State involvement, more loss of your liberties. More government involvement is never the correct response to any problem.

Secondarily, having to lock up my firearms is antithetical to deploying it quickly for home defense purposes, isn’t it? And who determines or decides what time frame a person “should have known” a firearm was missing?

Actually yea,they will start requiring “proof”. They already passed that law where an ex or a family member can call the cops and claim youre unstable then they will confiscate your guns. Checkout measure 43 ,they will come take your guns or at the very least handout felonies like they do speeding tickets. I have no doubt they would find a way to interpret this bill as cops having the right to “check” your firearm storage and violate your 4th amendment while violating your second amendment.