As some of you may know, I’ve been doing celebrity for several standup comics and podcasts. This one is for Kevin Sorbo. .45 Colt/.410 two shot Derringer.

I made these .38 special Derringers for Chrissie Mayr, a standup comic who has a show called the Wet Spot.

This is a mock up for a 1911 I’m doing for a show called Part of the Problem. They also have a show called legion of skanks which I’ll be doing as well. 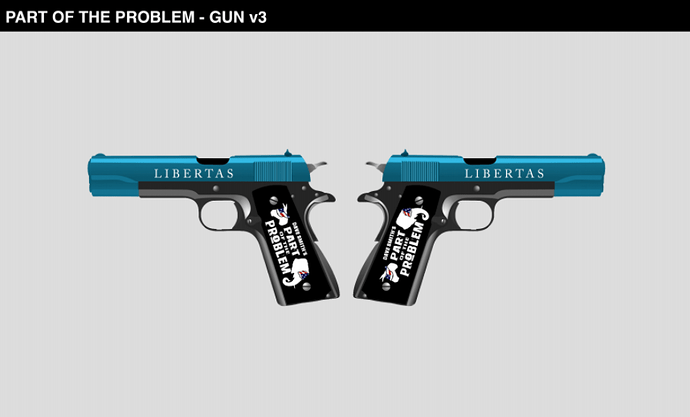