My new favorite facts. Fight me.

Here’s list of things an ACTUAL Congresswoman has said:

(This woman has a degree in Economics, allegedly)

(Man, I’m sure glad she got that worked out…)

“What we had was an existential threat in the context of a war. We had a direct existential threat with another nation, this time it was Nazi Germany, and the Axis, who explicitly made the United States as an enemy. And what we did was that we chose to mobilize our entire economy and industrialized our entire economy and we put hundreds if not millions of people to work in defending our shores and defending this country. We have to do the same thing in order to get us to 100 percent renewable energy, and that’s just the truth of it.”

(Guess she skipped History class. The Japanese attacked us. As far as I remember from History class, not one single Axis troop ever set foot on U.S. soil. Neither, did one single piece of Axis ordnance ever land inside our borders. And, back to that Economics degree, is the suggestion to pull ever man between 18 and 45 out of the work force, put them in immediate, mortal jeopardy, and replace them with women and children? Oh, no, wait, that probably is her plan…)

“If anything, this dude is a walking argument to tax misogyny at 100%.”

(When you define “misogyny” as “employed, white male,” that’s racist and sexist. You’d think a young lady[?]…woman[?]… {insert gender-neutral whatever that prevents me from having to explain why the pronoun thing is a mental illness} with a Bachelor’s in Economics and all the life experience of a 20-something year old bartender would know the difference… And, you’re, literally, suggesting the federal government engage in slave owning, now. That’s what that is. And, while we’re discussing your knowledge of the government you’ve now been elected to…)

I wish this were all of them. But, every time “the future of the DNC” opens her mouth, I’m terrified. She’s even commented on the “occupation” of Palestine by Jews. What? It’s…Israel. I’ve seen it on the map. How? You can’t have an “occupation” of your own country. I get it, the land was taken from Palestine and given to the Jews in 1947. If we mathimaticalize that real quick (Sorry, I want her supporters to be able to read some of this), that was 72 years ago. And, best part, SHE CLAIMS TO BE JEWISH!
That’s the equivalent of me saying, “Irish people drink too much. Hence, they should not be allowed to occupy Ireland.”
I mean, how many Tide-Pods do you have to eat for this to be a valid choice for Congress?
Does snorting condoms up your nose floss out the brain cells?
Can we raise the voting age to 30 until a generation comes along that is, collectively, smarter than a potato?

Well, this is what happens when you leave no child behind. Some kids need to be left behind. Sorry, it’s true. Some people ARE more suited to digging ditches or working a hammer. There’s nothing wrong with that. Some people have way more common sense than book knowledge. I have great respect for people that live up to their potential. They make happy, well adjusted people. They know who they are and they are OK with themselves. Trying to be someone you don’t have the intelligence/talent to be, not so much. Being really smart and not rising to your full potential, not so much either. But, the government has to get involved and try to make everyone equal. This is how we get sports programs where everyone gets a trophy just for showing up. No kids fail a grade anymore. They keep getting passed to the next grade until they graduate and are dumber than a box of rocks. So we’re raising children with no accountability.

And worse than that, we have people who do have a degree, and still can’t get anywhere. I know a guy with two, who is working in our mail room. A degree in business and building planning and he’s working in the mailroom.

The more one listens to her, the smaller the audience becomes. She needs to re-read definitions of capitalism, socialism and communism instead of all the mumbo jumbo she spouts.

That millennial Cortez female is human trash. Those constituents are brainwashed to vote that trash in office.

Cause you deserve more than one 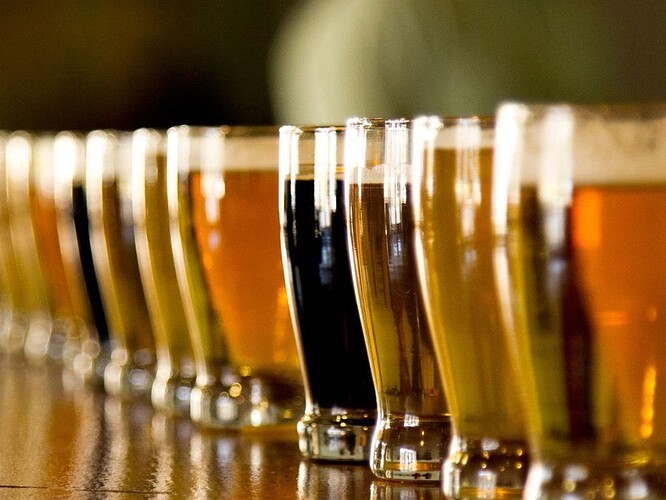 Thanks. I have strong hot opinions about that idiot. I really hope more millennials get in to politics that are NOT like her.

Also let’s remeber she only won with ~12,000 votes total in a blue district against a white guy.

Cortez is a loon. Did you see her performance on Meet the Press yesterday? Ugh.

Makes sense the crazies would want a crazy

For the record, I never said her name. I know how much the DNC hates being ridiculed. If I end up “committing suicide” by shooting myself in the back of the head twice or, my favorite, “blunt force trauma,” you guys will know they got to me.

And I will be expecting vengeance. Avenge me, Full30. AVENGE ME!

My friends and I have deemed the term Suicided
We will be talking then one will have to leave for home…
“Don’t get Suicided on the way home tonight!”
Hahhahahhahaa