"Is it possible to find out who the next mass shooter is going to be? According to former NBC Chairman, Bob Wright, it’s possible to use Google to do it. Wright has already briefed Trump on how to take advantage of big tech algorithms to determine who could be behind the next mass shooting. The biggest problem is that this method could also affect plenty of innocent people.

The White House is currently refusing to respond to questions about whether President Trump is considering the use of big tech companies like Google to identify potential mass shooters.

A longtime friend of Donald Trump is also a former NBC executive. Bob Wright is one of the top proponents of using big tech companies to collect data on users. It could potentially identify and prevent violent actions. Wright is using his friendship with Trump as a way of urging the Trump administration to take this step.

Reports have already shown that Wright has been briefing Trump officials on a proposal that would create an agency known as Health Advanced Research Projects Agency (HARPA) to explore ways of using data to prevent violent incidents.

Ivanka Trump has been asking questions of what the new agency could do, including whether it could actually prevent a mass shooting. This came following the shootings that happened in El Paso and Dayton, back to back.

Based on the proposal for HARPA, they would use “breakthrough technologies” focused on sensitivity and high specificity in order to early diagnosis neuropsychiatric violence. Real-time data analytics, as well as a multi-modalities solution, would create an accurate diagnosis."

Isn’t this just another form of the TAPS act?

Its a whole agency and just another group of ABC henchmen.

Except this time literally asking that the gun grabbers decide who should have their guns grabbed. Based on what, search history, webpage visits? No thanks.

VPNs wont protect you from DHS or NSA or whatever you want to call them.

@Robert we got a contingency for taking Full30 underground if need be?

The biggest problem is that this method could also affect plenty of innocent people.

Could? Could affect? They are innocent, everyone this program would pull up would be completely and surely 110% innocent. They haven’t committed a crime yet and that’s called innocent

Surprised they didn’t just go ahead and call it the minority report.

VPNs wont protect you from DHS or NSA or whatever you want to call them.

Given that the math behind encryption is computationally complex, stealing a key is a far easier task. Their success comes from a combination of technical trickery, computing power, cheating, court orders, and behind-the-scenes persuasion.VPNs can be hacked, but it’s hard to do so. Furthermore, the chances of being hacked without a VPN are significantly greater than being hacked with one.Existing VPN Vulnerabilities and ExploitationsEdward Snowden and other security researchers previously revealed that the US spy agency, the NSA, did crack the encryption protecting a large amount of internet traffic, including VPNs. The Snowden documents show that the NSA’s VPN decryption infrastructure involves intercepting encrypted traffic and passing some data to powerful computers. The computers would then return the key .

the above was copied from an article I found

I actually thought a VPN was hack proof because of their encryption levels. But google did come out and say they have made a quantum computer. If any of you know what that means it would scare the shit out of you.

Absolutely no one’s info would be safe.

Wow, I’m behind. Just read an article that’s 9 months old too. It said googles quantum computer solved a problem in 200 seconds that would take a normal computer 10,000 years.

That’s really scary shit. We are just steps away from the minority report. You may understand it but I don’t think many people do. Computing at that level is scary.

No one should have that kind of power while online.

Computing at that level is scary

Don’t be worried about being safe, because none of us are. I just don’t want to miss the party when it happens.

I already know who will be the next mass shooter will be. Well, not specifically, but the group that he/she/it will be in. They’re all from the left. I can’t remember anyone from the right being a mass murderer of any kind and that includes shooters. But you know they’ll ignore that and do as they usually do and put the onus on the innocent. In this case that would be us. 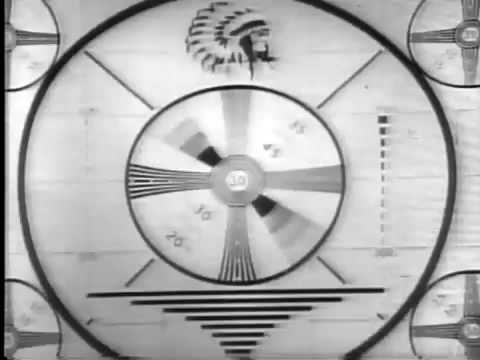