That’s some nice work and welcome from Florida.

yep, you have pretty guns. To get a pretty glock, it takes some work. I’d make the case that 1911 are more pretty but idk. Maybe its just the classic/classy-ness of them

It is hard for me to find any gun “ugly”. It is a tool after all.

true, but some are nicer than others - Toyota camry vs a 'vette

still don’t own a glock or 1911…
however as a disclaimer did have a colt government in .38super in a past life.

Here is what some guys at my range jokingly calls my Gucci Glock. It was a crazy couple of months and I must have been under the influence. 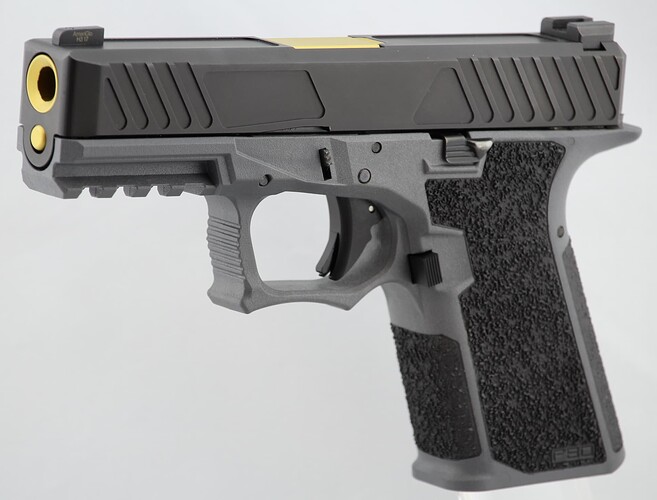 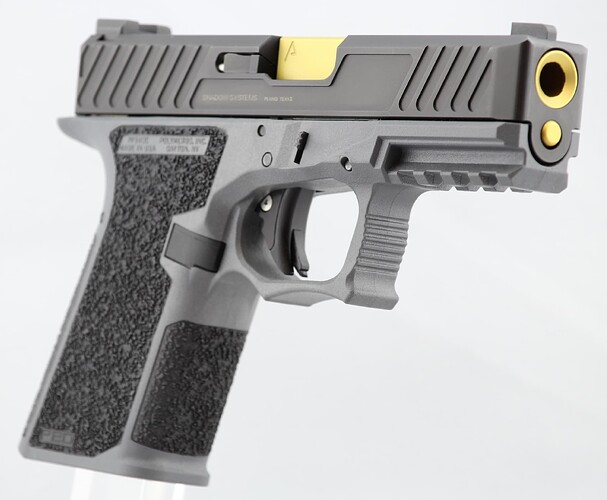 I’ve had my share, none now but I make room for the possibility for it

Chris Bartocci, owner of the youtube channel and his business, Small Arms Solutions is a hater. But he admits it and isn’t wrong. The 1911 had its place in military history, and that is where it belongs. It isn’t even appropriate for SHTF with limited capacity. It is fine for my IWB holster in StL. Perfect in fact for how I use it.

What I really want to know is what would their progenitor, Saint JMB pick as his sidearm? What Caliber? Especially given modern ammo and materials coupled with our uncertain times?

Since I can’t channel St. JMB, I tried out the three main ones the 1911, High Power & Glock and wasn’t impressed except for the High Power for accuracy, hand fit and capacity. Years later I held a CZ about the time I was being swayed by the 40 S&W. That was 20 years ago, and now that is all I have in Semi Autos. I am going to add 9mm slides eventually (God Willing) and may even run them that way.

I guess the point I was trying to make, is which ever one you pick the argument can be made that they all if not progeny of JMB, their design lineage traces back to his genius, and I do wonder which he would favor…

I will get a couple of Glocks. May build a 1911… Really wish I still had those Brownings though…

He’s still welcome here even if the early glocks felt like2x4s to me. We’re all in this together.

, I love how a new intro can fuel such derails, I think my first semi auto was a Jennings 9mm and it seems I bought it new for about 60 bucks from a dealer who worked from his kitchen table, so I like a good 1st gen glock and 70 series 1911 almost the same, almost, I prefer a SAO trigger over higher capacity, though, that could change if circumstances change

My first handgun purchase was a 1911 when I turned 21 (California), so when I delved into gunsmithing and learning to build a gun from frame up, I naturally went to the 1911 as it was the most familiar, and because it had the most aftermarket parts support besides Glocks. My “collection” consists of Glocks, 1911s, Sigs, CZs, Walther and S&W polymers, and Browning Buckmark. Had my share of revolvers and Berettas and sold them all. For competition use it is Glocks or CZs. Daily carry is S&W or Sig. They each serve their purpose to provide joy to me in one form or another so I don’t discriminate.

I posted those two 1911s because they were my first two 1911 builds from the frame up and they are very accurate and reliable shooters so they are my pride and joy. @mosinvirus was the impetus to my gunsmithing addiction and he knows my build stories well. I’ve got several other 1911/2011 projects underway hoping to achieve his level of proficiency. I was lucky to be able to purchase several 1911/2011 frames (not 80%) last year so I can build legit guns now. All politics/climates aside, I’m just glad to still be able to enjoy this hobby/sport however I want.

@OCPete welcome to full30. Your hobbies look amazing and glad you could join us.

Blah, blah blah. 9 big holes beats lots of little holes any day.
But then you only need one per threat. Cant say that about a 9.

My other hobby, which has no relations to shooting sports, LOL. 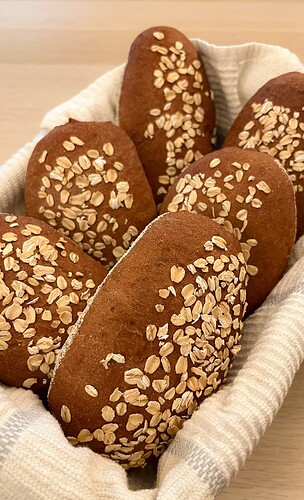 And earn some close friends too