News & Updates - Where are we edition.

The World is going to hell.

I’m done seeking unity amongst firearms groups, its now Full30 & those who wish to unify can do so on their own.

That means I deleted all the groups & corresponding map members except 308ar.com as Rob and his clan are Brothers in Arms.

Whats happening at HQ with the videos is staying at HQ, I have no knowledge of where Full30 is or where its heading.

This is where I am, I like what I see here, I am proud of all the members here.

and I figure we can wear that easily.

So, if you believe you are part of the unorganized militia & Full30 we might have a badge for you,

Participation on the forum for certain,

IDK but if your stomach turns watching the news on TV then you’re likely a good fit.

(because its my monday) and good morning.

I cant even watch the news anymore.

I cant even watch the news anymore

Me neither. Though I do. I even force myself to still fit in some of the CNN / MSNBC bull shit just to keep my blood boiling.

While still not a fan of badges as participation trophys I like this idea as a sign of unity. I’m in.

Is this another popularity badge, or do the qualifiers really mean something?

IDK but if your stomach turns watching the news on TV then you’re likely a good fit.

Got rid of cable and TV years ago but, I did that because there was too much garbage being broadcast. That doesnt qualify me for being in a militia. I got some tacti-cool t-shirts but ,that’s not enough either. Eventually there will be a time to act. Will i be one of the 3 percenters or am i gonna sit on my ass. Only one way to find out.

I’m a bit confused about the deletion of groups and corresponding map members. Were there specific groups on here? I guess it doesn’t matter, though, if they’ve been deleted.

I do the same. I don’t “watch” the news anymore, but I try to read all different online news sources, from CNN/MSNBC/WaPo to Breitbart, Foxnews and everything in between. Interesting to see what they choose to report and not report.

I watch the Sunday News shows just to keep up on what the Libs are up too.
Cable, Dish?
Not for 30 years.
Nothing but crap and a waste of money.
I don’t even own a Smart Phone nor do I want one.
Don’t get me started on those…
But I do have an antiquated Flip Phone I don’t even turn on but five or six times a year for emergencies or to ask the war dept a question from the store.
The Mainstream Media makes me gag how bias they are.
Fox is the least gagging but even they now and then drink the koolaide.
Hollywood is a disgusting pile of Shiza.
I mostly watch Canuk or even better yet Ausie programming.
But even they as of late are turning Hollywood.

Want to really confuse the Hollywoood crowd?
(At least the Boyzz) Send them one of these: 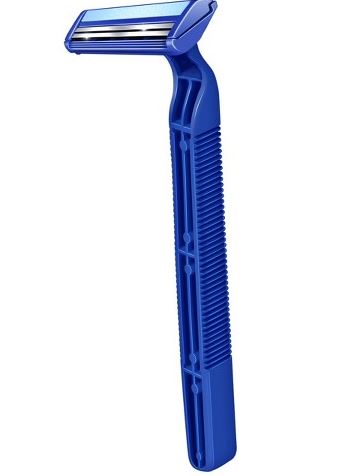 I would bet it would confuse them at least six months trying to figure out what to do with it.
Another subject you don’t want to get me started on…

Ok enough Ranting.
Gimme a badge Great. Don’t Great.
When it comes to Firearms “This is the Place” as is said here in Utah.
Life behind the Zion Curtain, Dont Cha Know.
And Love it too.

I dont need badges or anymore labels. I have enough like a hole jerk grumpy old man and so on.

It’s sad that it’s gotten to this point but I agree with you on the news/media front. I had to leave the room during the halftime show last night- the leftist politics are too much. Plus it sucked.

The infighting amongst groups is disheartening, but will never be squashed. It’s just human nature to be a butt sometimes. I know I am. The difference here is we call each other out and it’s almost like family with some members.

As for the badge, I’m kind of ‘eh’… another badge. I’m here because we all share the same interests.

Now, if there was a group buy on a patch that required participation in the Forum, requirements for membership, etc… I’m in! Stick it on your range gear, get others curious and share back with how you advertise unity- a brother/sisterhood of like minded folk exists and a lot of people don’t know. Just a thought and my $.02.

Maybe the people with that patch could get there own subforum(or an invite only type section). A place to discuss stuff on that specific topic. Nothing illegal or bad but relevent to that badge.

For those that think like these guys http://www.cal-militia.com (for the record, I do not know any of these guys)

Maybe something similar to this place
A WELL REGULATED MILITIA - Forums powered by UBB.threads but on full30. (You have sign up there to see their forum)

It is disturbing in the level of violence and the depraved nature of the offensses. When you make the TV the baby sitter and immature weak minds are left to be pickeled in virtual reality of mindless violence for hours/ days at a time. What do you think the outcome will be? Add the mix of pills for something a boot in the ass could cure, what could go wrong? The complete lack of remose and the media giving them thier 15 min of fame … then same media turns these fuktards against Law Enforcement…brother’s it going to get worse before it gets better. I’m also a hunters Ed instructor for Indiana. The guy who was my neighbor at the time and started the classes Army Vet is negative about ARs. At that point we are our own enemy. Sad. A rifle is a rifle. I look at an AR like a HD you can make it whatever you want. Just like the other forums that don’t want to give you any love. We love you

and until stupid people stop breeding the best we can do is raise our family to love one another, get a good education, work hard. God and Country. Just my 2 mags