For BS:
Where is it racist? 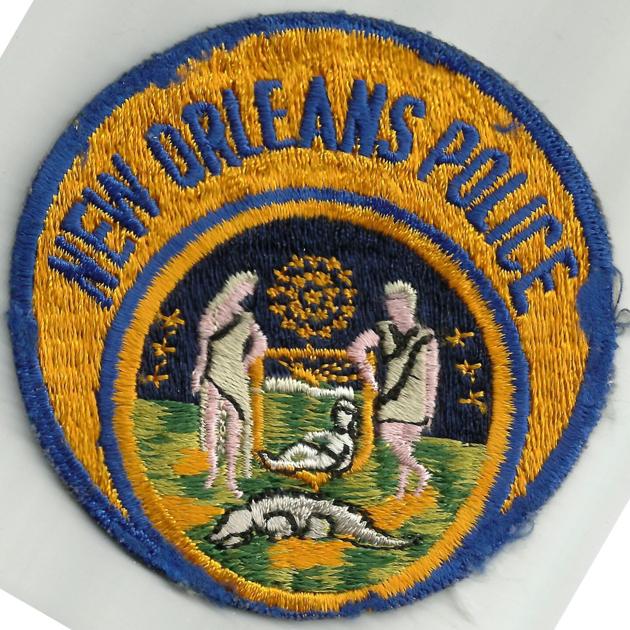 So, train them to be able to deal with the lowest of the low and then fire them for being insensitive

I guess the word animals is now racist. And speaking your mind on what you feel as violent is bad.

The first amendment only applies to scumbags if you are white, have a job or serve your country better watch your back the Karens might get their feelings hurt or worse yet you might melt a snowflake. @Joe I have long stopped caring about being called a racist it is a badge of honor in todays society.

They are not animals.

The comments quoted in the article linked above do not mention any races. So, how can it be racist?

Geez! Nowadays, everything is racist! I am so tired of this absurdity!

I’m with the above poster.
I foget what we were discussing in class last year, but i gave a “huff” and said “y’all don’t know what racism is anymore. Ask your grandparents who had it much better than those before the 70s.”

I was on my way to the kiln and loled “now ask me if i care. there is nothing can say to you to make you actually understand. Good luck in life.”
i used to site across from a vet from germany who was in artillery. We used to talk a bunch after i mentioned my uncle was stationed over there after the war and drove the M-40(?) Long tom.
We would share so many glances at the young fools.

back when racist/religious jokes were what people had in common

It’s all a mind f&$(. Designed to keep conservatives off balance at all times. Keep us never knowing what to say or how to act to not offend anybody. Screw that. Everyone should act and speak according to their own moral compass.

I don’t care if I offend them I say what I feel is right and in they don’t like it too bad . I am of the age that they can’t really do much to me . But am still in good enough shape unless there are not more that three I can take care of about anything .

I guess the word animals is now racist. And speaking your mind on what you feel as violent is bad.

The communist enemies of freedom have landed, and they are HERE!

They are not animals.

Repeat if necessary.
She is offended

Repeat if necessary.
She is offended

Must be a democrat dog, their all offended over something or other.

Let’s start by being objective. We don’t know what all he actually posted. It’s entirely possible he DID say something out of line. Assuming he didn’t is just hate for the media. Which, although justified, is not evidence in and of itself.

Second, as a former LEO and one with many friends who are current LEOs, I know, for a fact, social media posts are intently scrutinized by supervisors. You know this going in. To the point that, of my police friends that ARE on social media, I can’t think of any that use their real name…for this reason.

I can say, that a police officer, in this time, suggesting indiscriminately running over people on a social media post is going to face repercussions. And knows it while he’s typing it. Private citizens are not held to the same standard of restrain or scrutiny that the police are…for a reason. When you wear a uniform, for any reason, you actions and statements reflect on the entity that issued that uniform.

Am I saying that plowing through a group of people beating your vehicle with a skateboard is wrong? Absolutely not. And, if I ever end up in that situation, you’ll know…because the news will cover it.

Am I saying doing it in a police car is wrong? Absolutely not. It was frequently discussed the various ways in which a vehicle is a weapon and any weapon at my disposal is…well…at my disposal.

The problem arises when you’re a supervisor for a local municipality (like this guy) openly advertising the premeditation of an act that, in all likelihood, would result in the injury and/or death of…let’s call them “non-combatants.” A group of 20 people in the street, although scary, and probably not politically aligned with yourself, do not deserve to be mowed down by a public servant because ONE of them hits a police car with a skateboard. And, there is absolutely no chance whatsoever that, if this man DID do this, justified or not, his department wouldn’t be sued for allowing him to remain on the job after posting that.

See, the problem here (and with the snowflakes in the street, for that matter) is the belief that “free speech” means you can say or do ANYTHING without repercussions for your words or actions. And that is not even remotely the case. Nor was it intended to be.

Let me give another example: The act of spitting in my face and then shrugging and saying, “Free speech,” does not atone for the act nor protect you from the biblical level of Hell that I will visit upon you for your actions.

Obviously, this guy had a history of, essentially, spitting in his departments face. And that’s how you get fired and stripped of your pension. Just one of the many way that being a police officer sucks. He knew what he was doing and he did it, anyway.

these are his comments (it’s in the article):

" “These idiots want to act like animals” and “I am running them over, and shooting if lethal force were my only way out," about a St. Louis protest.
“Burn down her house. Blow up her car and see if she still feels the same way,” about a New York Times writer who asserted that destroying property is not violence because it can be replaced."

"Among the comments attributed to him in May and June, amid widespread U.S. demonstrations after Minneapolis police killed George Floyd, were:

“These idiots want to act like animals” and “I am running them over, and shooting if lethal force were my only way out," about a St. Louis protest.

“Burn down her house. Blow up her car and see if she still feels the same way,” about a New York Times writer who asserted that destroying property is not violence because it can be replaced."

Meaning there were other comments not listed in the article. (I read the article before posting)

Let’s not just pick parts of the article that push the narrative we want. Unless you’re employed by the media, of course.

Their quotes lead me to believe these were the worst. Trust me the TP of NOLA is very left leaning. They would never leave meat one the bone, so to speak.
I don’t think he said anything wrong. It’s too bad that they force public officials to somehow stay pc and pick up a turd by the clean end.

Like I said in my rant, That’s just the way it is. It’s part of the job, unfortunately.

i used to want to be a cop until HS. I have a lot of LE in my family and circle of friends. In my 20s i decided i could never do it in NOLA.
I would never consider it today. There is just so much shit to deal with.
At least next door to NOLA, “The Parish” has wonderful cops who show up 3 minutes after i report the new sec. 8 folks up the street, who don’t understand yelling in the street @ 2:ooam disturbs the working folks.