Oakland police chief urges Chinatown residents not to arm themselves

Oakland police chief urges Chinatown residents not to arm themselves

The message from the Oakland police chief comes after a resident opened fire on a robbery suspect Monday night in Chinatown.

“When weapons are fired in our community, there could be unintended victims,” said Armstrong Tuesday afternoon. “We don’t want our business owners or others to begin to arm themselves. We would really prefer them to be good witnesses.”

Isn’t this the same PD that won’t come for “minor” crimes like car theft, home burglaries and property crimes? Screw him. 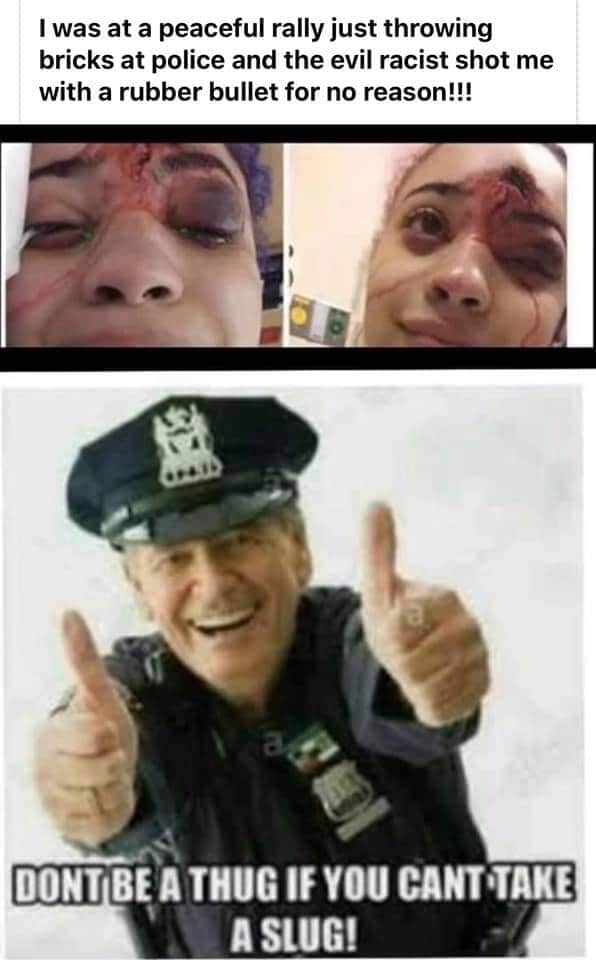 Blockquote
Her message to would-be criminals was simple:
“Hey thieves, lay off. Give us a break!”

That’ll show em. A good stern request will put those criminals in their place.

We would really prefer them to be good witnesses.”

Since when I wonder is a dead witness a good witness? Dead men tell no tales.

The people elect the sheriff and the mayor or city council appoints the chief.

A chief is a politician.

Because chiefs in the demonRAT holes have to genuflect to the libsuk shitbags who ruin said cities.
Being entrenched in the rat nest for decades proved that beyond a reasonable doubt.
My friend is shitting himself- he has to wash out a black female FF recruit [can’t do the job] but he works in a rat infested county that bends over backward for the incopetant if they are black or brown.

I told him watch his back, I have a bet the incopetant black female claims Racism.
He has his time in… I told him GTFO ASAP.

I am loving the oral servicers of the rat gangsters being thrown under the bus when the crybaby rabble burns loots and murders but the same libsuks who hired them - fire them.

That’s a big reason why I was so eager to leave Commiefornia. Glad I’m out, but I’m still a member of CRPA.

Morning drama.
Wife’s employee [democrat] calls this am in tears.
Need day off because a relative was killed in demonRAT land last night.
Went to a known demonrat shithole at 8 pm to sell something.
Area is a huge illegal immigrant and black gangster rat hole where the rats protect illegals and criminals.

My answer: “Ya get what ya vote for.”

The 34-year-old victim was found wounded just before 8:20 p.m. Sunday.

Well here in NOLA the new progressive DA said no more juvies tried as adults. 12/12 juries, BS like that.
News interviewed the parents of a murdered daughter about the 17 year old being tried as a kid instead of an adult and they were not happy.
They are going to cashless bonds, non-arrests, etc as well.

That shit pisses me off.

News interviewed the parents of a murdered daughter about the 17 year old being tried as a kid instead of an adult and they were not happy.

Maybe daddy planin on a little quality time with the punk out on the bayou, them gators don’t tell what they have for diner. Used to be a time people knew better than to mess with young girls in the South. I ain’t gonna say no more or I will get myself in trouble,