I don’t have the link, but the Edenville-Stanford (SP) dam in Michigan broke. They are expecting the water in town to rise 9 ft in the next 12 hours. Hope no one here is in harms way and wish all safe treading.

Thats a dam failure right there 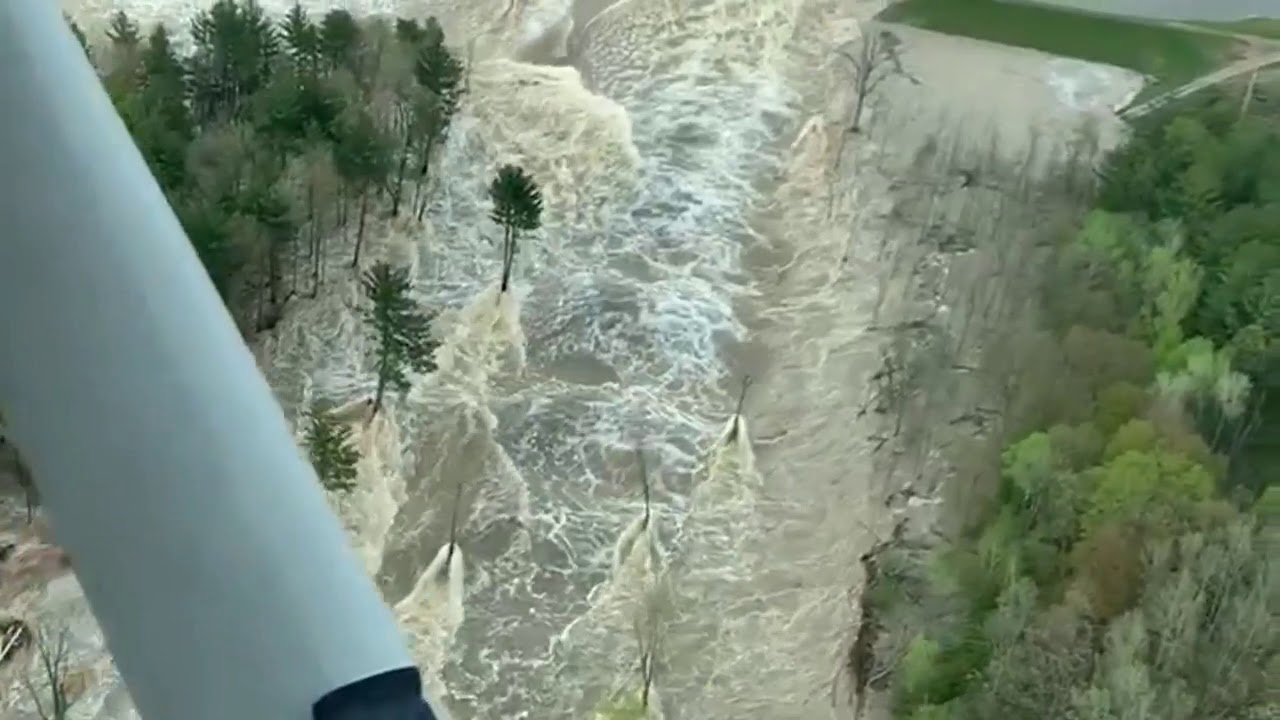 I live in South/Central Michigan, but this doesn’t affect my area…thankfully. That’s some apocalyptic shit right there. Many people will be affected. Prayers.

let’s see the power hungry bit*h handles this…without federal help or how long it will take for her to ask for it, the people there will need it…

I heard she declared a state of emergency, while the state was already in one, so yeah, funds request are surely in the works

From Wikipedia…
“In 2018, due to chronic concerns about safety under heavy flooding, the federal government revoked the operating license and Wixom Lake was drained…It and other dams in the area were taken over in 2019 by the Four Lakes Task Force, a county delegated authority”

How long before they scream the federal government(Trump) is at fault for lack of ‘infrastructure’ spending? How much did ‘The Light-bringer’ spend on it??? Oh right, ZERO. But wait, there’s more…

“Michigan’s EGLE determined in 2018 that the dam was sound”
“In April 2020, the Michigan Department of Energy and Environment sued the dam’s operator for lowering the water level”
“Two weeks later 2020, following heavy rains, the Edenville Dam and the Sanford Dam downstream breached”

Look, I’m all for local control but just as with what happened in Flint…It don’t work when dims are in charge. They’re too busy pushing ‘diversity’ legislation and demanding federal money for utter nonsense to actually run their own locales correctly. Imagine how much worse this could have been if more time had passed between the lawsuit and the breach. If the dams operator was forced to maintain the level the states DOE had mandated we wouldn’t be getting reports of no casualties.

sued the dam’s operator for lowering the water level

If the dams operator was forced to maintain the level

That’s interesting, who’s the heroic operator and how’d the suit turn out?