Ok, so I have some of my grandfather’s ammo that he reloaded back in 1970 and '71.
some of the boxes are labeled, but some are not.
I need to know what ya’ll think about this, as he had many rifles. I am only concerned with what to use in the Garand.
Does this ammo look ok? There’s also a box of reloaded and the bottom of the cartridges say 6mm. What is that for? Any help would be appreciated.
I’m also looking for advice for commercial ammo for the rifle 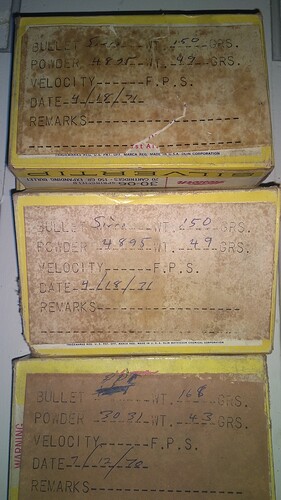 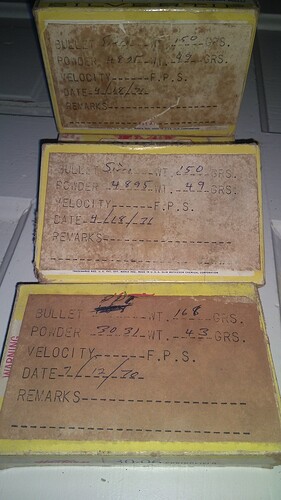 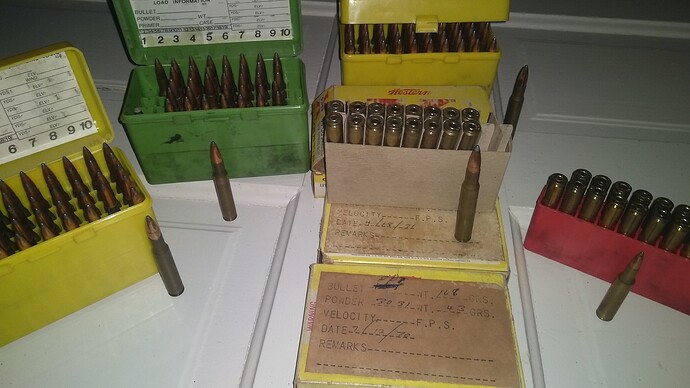 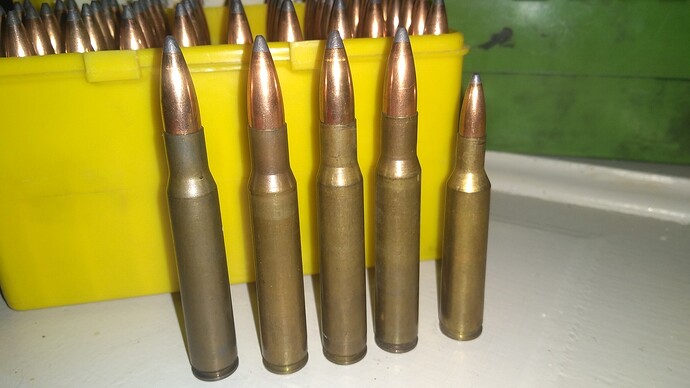 Just to be honest with you, I wouldn’t shoot any of that stuff without knowing if what was on the box is what is in it. I’d play it safe and just hang onto it as a remembrance of your grandfather. but that’s just me

I considered that as well.
What about something I can buy off the shelf?
I noticed in another thread, @Comanchero45 recommended 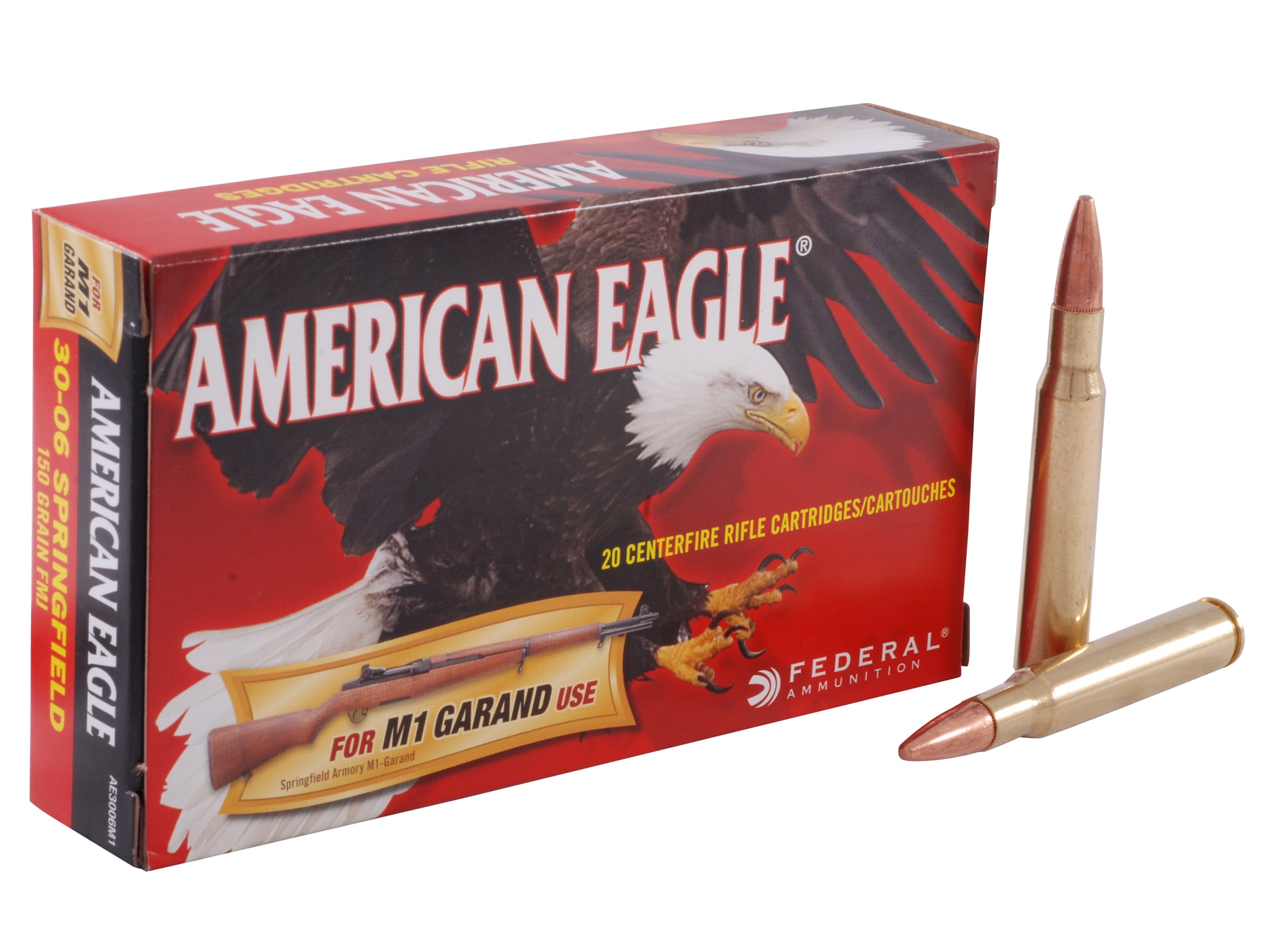 American Eagle is designed specifically for target shooting, training and practice. It's loaded to the same specifications as Federal's Premium loads,...

I don’t want to hurt myself or the rifle.

Without really knowing anything, a few years back I bought this. Of course, that may be wrong for this rifle. If it is, someone tell me now. I’ve never shot it. 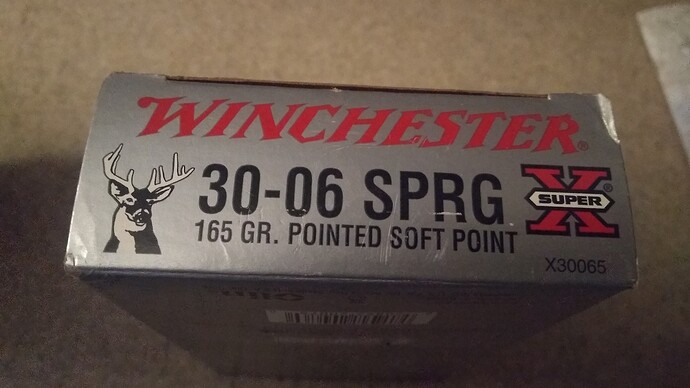 That federal should be good to go, check SGammo for bulk prices on ammo.

Don’t shoot other people’s reloads that’s a good way to get your face blown off… That winchesters probably fine Red.

I had the rifle sent off and inspected in Houston. So I know the rifle is good to go. I also ordered some clips (just a few) several years back from Army Surplus. Still need more if anyone knows where I can get a deal.
I just want to square away what I have and start getting ammo now.

Then I guess its time for me to get my butt in gear and learn to reload.

I’ve never heard of this. Is it any good? 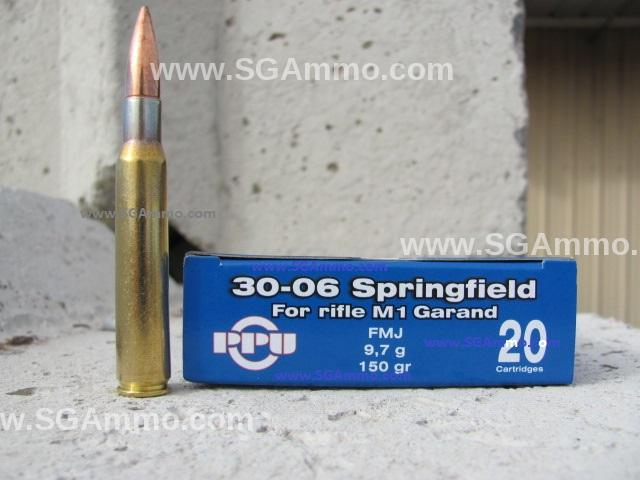 I already sent the rifle off. Do I need to take it again to a gunsmith?
Honestly, after watching some of the comments on here and seeing some of the work done by gunsmiths, I wouldn’t know who to trust.

I’ve got a couple rounds of that Brand for my 308, shoots incredibly well! 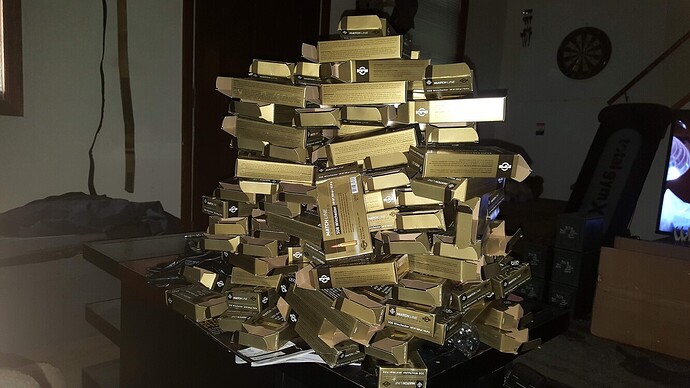 I feel like a fish out of water here.
What the heck is Ethiopian ammo?
This already has clips.
Should i steer clear of old ammo or seek it out? Are there Ethiopians over there loading this stuff?
https://www.sgammo.com/product/30-06-ammo/192-round-can-30-06-springfield-150-grain-fmj-ethiopian-surplus-ammo-m1-garand-cl

I guess it would come down to how much you trust what is written on the box and what is in it.
The Powder Numbers all appear to be IMR numbers and and the grains are there.
You could go to http://www.hodgdonreloading.com/ and pull up the numbers and loadings provided the powder is still available.
That would tell you the pressures.
Also http://kwk.us/powley.html you can plug the numbers in as well.
Then you would know where you stand in pressure ranges.
The age of the ammo is not an issue.

Myself.
I would pull the bullets and dump the powders.
Reload the components.

Partizan would be a great choice. For ammo… Avoid the cheap international stuff until you start considering reloading for yourself. I’ve seen too many horror stories and good people get hurt and good rifles lost.

my guess is that your Grandfather also shot what he loaded and those loads worked fine, I would not have a problem shooting it…I would shoot a few of each to make sure they cycled fine and then hold on to the rest, it may come in handy some day.

my guess is that your Grandfather also shot what he loaded and those loads worked fine, I would not have a problem shooting it…I would shoot a few of each to make sure they cycled fine and then hold on to the rest, it may come in handy some day.