Old west Criminals or Lawmen, history is written by Hollywood

did we all get a derail badge?

did we all get a derail badge?

I think all 4 of my accounts have had that badge, I blame systematic racism.

I just check not so far

I just check not so far

It only proves my theory that its systematic racism. I earned that badge damn it

Ahhh but I have the coveted tin foil hat badge

I feel like there should be levels to these badges. Next level for tin foil hats can be thermal turbans.

the only one to derail his own derail

the only one to derail his own derail

See this is why we need levels to each badge.

Bill O’Neal , a native of Corsicana, Texas, is a graduate of East Texas State University. He teaches history in Panola Junior College, Carthage, Texas. He has a special interest in the history of the American West. And he comes by his absorption in gunfighter research naturally; he is a descendant of Texas gunfighter Jess Standard.

Dunno guys, looks to me like Jim Courtright was the ultimate badass with the best fight to kill ratio…3 gunfights, 4 kills
Just sayin’

Know of any decent books specifically on guns of the old west? This genre seems rather cluttered with romanticism and Hollywood tropes even the non-fiction stuff.

I went ahead and ordered this book along with the one mentioned above. May also give me some tips on fighting my woman. 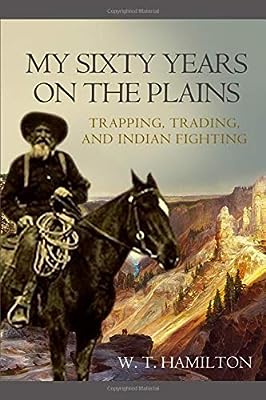 My Sixty Years on the Plains: Trapping, Trading, and Indian Fighting

Never heard of this guy untail today. They should make a movie on his life, something along the lines of Silence of the Lamb meets Lonesome Dove.

Levi Boone Helm (January 28, 1828 – January 14, 1864) was a mountain man and gunfighter of the American West known as the Kentucky Cannibal. Helm was a serial killer who gained his nickname for his opportunistic and unrepentant proclivity for the consumption of human flesh taken from the bodies of enemies and traveling companions. While this was usually done in survival situations, Helm sometimes took flesh in preparation for a survival situation. Boone Helm was born in Kentucky into what was co...

" Upon seeing his friend Gallagher hanged, Helm reportedly remarked “Kick away old fellow. My turn next. I’ll be in Hell with you in a minute.”[2]

When the executioner approached Helm, he allegedly exclaimed “Every man for his principles! Hurrah for Jeff Davis! Let 'er rip!” and then jumped off of the hangman’s box before it could be kicked away.[4] Boone Helm is buried in Boot Hill cemetery, Virginia City."