About 40 people showed up to the match today at Camp Sumter Sport Shooting Association. Fun match with 6 stages. I shot in the geriatric squad. Those dirty old men could make a sailor blush.

. I’m happy to be back shooting matches again. Fun shot if your in southwest Georgia area.

Outlaws?? is Roberts boys there? 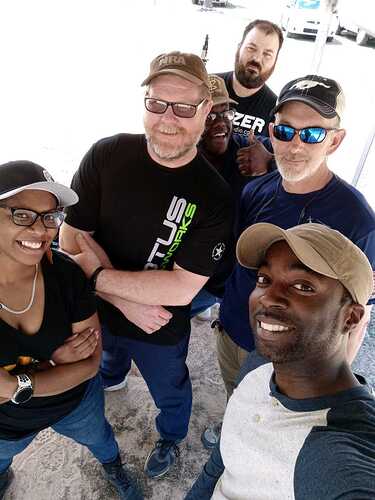 Pretty neat, where did you finish? them definitely ain’t Roberts boys.

Sounds like a good time!
I see @Belt-Fed even made it.

I see @Belt-Fed even made it.

Ptttt! ain’t nary a one in that pic even remotely close to my age.

It sounds like you may do what we also do. There is one squad where the older gents tend to squad together in. We like it that way. It also generally has the squad with the most rifles/PCCs whether it’s SC or USPSA.

As one of the regulars stated last year, “Ah yes, walking Brian.”. That was in a Action Pistol match.

You forgot to put no derail

What were the rules and how did you do?

Must be hard to beat the white man with bow and arrows. (Sorry …had to , blame belt fed)

You just have to stir up some shit don’t ya

Joe, I think there are outlaw matches run somewhat near you. At Big Pine GC in Willimantic. Nice range by the way and they run a good match even if it is outlaw and doesn’t “count” for standing. They got a grant and fixed their range up real nice. They have the only paneled outhouse that I’ve ever seen ANYWHERE. The only thing it’s missing is artwork and music. It’s another place to get together to shoot. I have no idea if they do steel challenge.

Right now I have a membership in Hampden, but I might look into Big Pine next year. I think the travel time for me is pretty much the same, maybe fewer miles.

FWIW, no need to be a member to take part, just pay the entry fee and join in.

Yeah, that is not far from me at all by Maine standards, that is where they have the cowboy shoots as well. Maybe an hour drive

where did you finish

What were the rules and how did you do

Outlaw match so the rules are follow the range masters instructions on procedure and points.

Just signed up for a USPSA match next weekend. 3 Hour drive but should be worth it

Not bad at all.

I placed second to last last time I went to a match. Hangovers and lots of shooting is a bad combo.

Just signed up for a USPSA match next weekend. 3 Hour drive but should be worth it

You just have to stir up some shit don’t ya

Didnt I just mention not derailing?

Hangovers and lots of shooting is a bad combo.

You think? Yeah 7th out of the around 40 ain’t bad. I like to have fun the score is secondary. Unless its a prize match then I try extra hard to stage plan