There’s a lot of history if you dig in, I had stumbled upon the one in MI, looked it up to find out what it was, “was” is interesting, “is” not so much, the world has gone to pot, its now owned by a marijuana grow 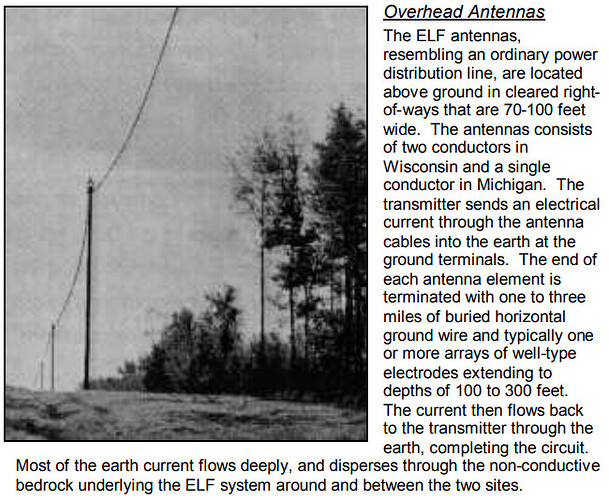 if this can be done with only 2 watts…

At 2watts the IR loss would be very high and the effective radiated output would be decreased by the ir drop of the wire. The wave length of an ELF signal would be C/F: where C= speed of light, and F= radiated frequency.

In the wilds of Wyoming was a little known USN installation, I used to pass by it cutting cross country on my way to a couple of our transceiver station sites in the 90’s. It isn’t on a map. So I won’t give clues to its location. Few would notice it, or know what its purpose was. I did and do… https://www.nasa.gov/feature/goddard/2017/nasas-van-allen-probes-spot-man-made-barrier-shrouding-earth Interesting ehh? The things that make you go hhhmmm…:hear_no_evil:

no idea what you tried to convey

isn’t on a map

There’s a number of oddities I’ve found up here, can locate on a map, and have no idea wtf