I figured I would post here too because it is relevant to the 80% build. I am taking preorders for these, But also wanted to see what everyone thought of the idea?

Any updates on the release date?

I’m not really a fan of polymer framed handguns, but the P80 builds are addictive. No need to fire up the mill, just sit down at the workbench with a few tools.

Still looking like releasing next week so shipping late next week or the following.

I hope there won’t be an issue like there was with Glockstore releasing the ss80 Glock 43 frame.

Welcome to Full30! Hope you are enjoying the forum.

Seems like it has been ages since I have had this much anticipation, this time of year.

Pre-ordered a CAA MCK, which is supposed to ship before Christmas.

Built a pf940v2 just for the MCK (seems the trigger guard will have to be reshaped to fit the MCK).

Ordered a factory profile slide for that pf940v2, since none of my slides have the factory serrations needed to engage the MCK charging handle. It’s getting the nitride finish and will probably show up a week or two after Christmas.

Pre-ordered a pf45. Already have the parts to complete the frame, a complete 20 slide, and the parts to finish a 21 slide. The 21 slide is getting the nitride finish and will probably show up a week after Christmas.

Talked to P80 yesterday and they said that dealers should be shipped the preorders early to mid next week. Then the end customers should start receiving them as soon as the dealers can get them back out to them. I will be turning around to the post office as soon as they drop them off to me so. I will try to get them to my customers before Christmas.

Almost makes me wish I could see my mailbox from my house. Too cold to walk down to the mailbox and camp out, waiting for the postman.

Yep verified with them that the dealers will be shipping out early to mid next week now… they always run behind. Any dealer that says they have them in stock is lying. Then dealers will ship to customers from there…

If I can find any time to work on it, I should be able to have it ready for testing by the weekend.

Anybody interested in doing a video on their project with this 80% build? I’m debating if this is a good route to go with instead of buying a serialized factory frame (and all the future negatives that go with it)?

Finishing a PF45 frame is about like finishing a PF940v2 frame. Material is removed from the same places.

Once you get the frame finished and start putting the pieces together, the PF45 uses a coil spring for the slide latch, instead of the flat spring from Glock (they did the same thing on the PF940SC).

Took me about 45 minutes to finish the frame (I’ve done a few of the PF940 frames), but now I’m waiting on a trigger housing to ship. I may check around to see if any local stores have a 20SF trigger housing in stock.

Edit: Just to give you a fair warning, these things are addictive.

Especially if you guys can take them side by side with a factory .45acp glock of the similar size. But i would want to see the P80 ones anyway. 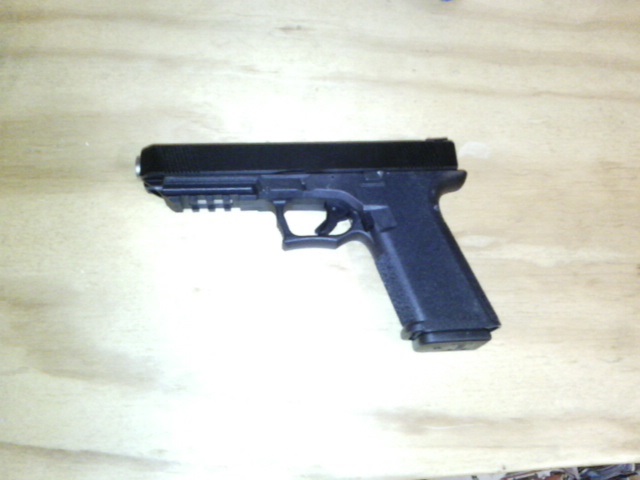 I’m not much of a photographer. The slide assembly is a Wolf 20T. The Wolf recoil spring assembly seems to be hit and miss on hanging up in the frame, when you try to remove the slide from the frame. Some builders have apparently opened up the channel in the frame a little, and gotten it to work. After the second time it hung up on me, I swapped the Wolf recoil spring assembly for a Glock one.

Last weekend turned into a mix of raining, and tied up with other stuff when it wasn’t raining, so I didn’t get around to trying out the PF45 build until today.

The 21T slide assembly is hanging up slightly, just before it goes fully into battery, so I decided to wait until I’ve got it smoothed out before shooting that one.

With the 20T slide assembly and 180gr FMJ loads, the first 4 or 5 rounds fired, ejected, and chambered the next round, but the slide stopped just short of going fully into battery. Then it was hit and miss on working perfectly or hanging up just before going fully into battery, with the problem occurring less and less as more rounds were put through it. Based on this happening with a previous PF940v2 build, the problem will probably go away after another couple mags or so. 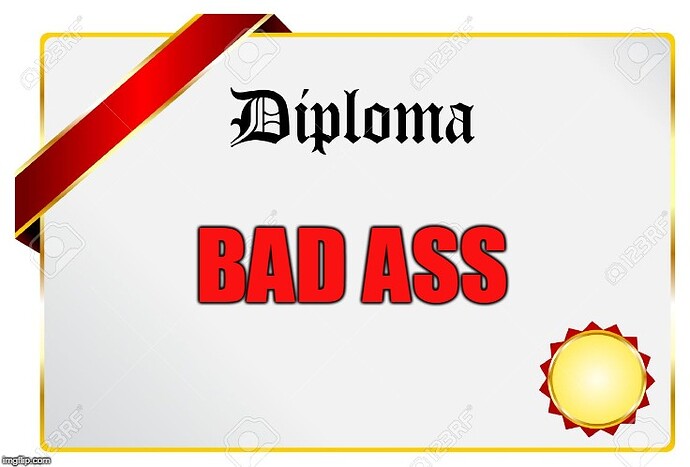