So the wife’s shit-tastic Jeep Renegade turned over 46k miles so I figured it was time to change the cabin air filter. Yea a little late, but that is not the point.

For those who don’t know the 2015+ Jeep Renegade is actually this in a Jeep skin:

Disgusting. So naturally being Italian one needed to be designed with love and passion. You have to drop the whole fucking glovebox out of the car to change the cabin air filter. 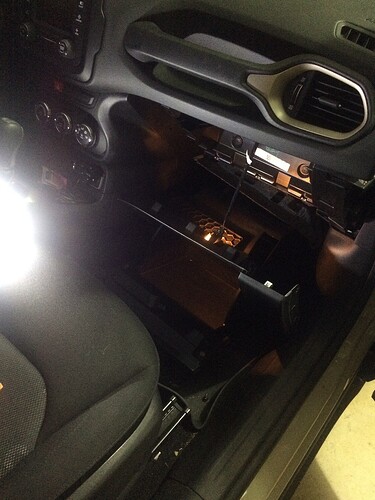 To change the cabin air filter in my 2016 Charger R/T? Open a small panel under the hood by the windscreen without tools. Thank you Chrysler.

Wife has 17 Deserthawk and have no issues with it being a Fiat wearing a American Coat. When you add Globalization into the mix - what North American car (silly me for adding Made in Canada) is truly American.

The Renegades are junk, we hate ours. Nothing personal. Looks cool and the real 4x4’s are neat but it is Italian and has a crap build quality—ours began to be a bad rattle trap right at 25k miles or so. Plus not to mention it’s horrible at being a commuter or trip taker. I won’t even mention the shit 9sp auto transmission… So added to the fact of needing to take out the whole glovebox to change the cabin filter it just irked me enough to vent and create the topic to see what else out there with an American badge is like this. I’m sure I’m gonna run in to more of this lunacy when I do other maintenance since we’re almost done paying it off and out of warranty.

I hope you have better luck than we do.

I just wish we could of replaced it before the kid is born. Too late now…we are stuck with it.

Where and who makes a car is less important than how good a car it is.
My American Ford was built in Spain and it’s had seven recalls so far.
Plus more than a few electrical dash problems.
But is it an American car?

Fiat owns Chrysler… And Dodge, and Jeep, and Ram. They’re all part of the same Fiat Chrysler Automobiles, like how VAG (Volkswagen Autogroup) owns Volkswagen, Audi, Bently SEAT and Skoda.

I’ll keep my Euro-coupe in the meantime, never really had a taste for American vehicles to be honest.

hhmmmm, we may need to remove that tag 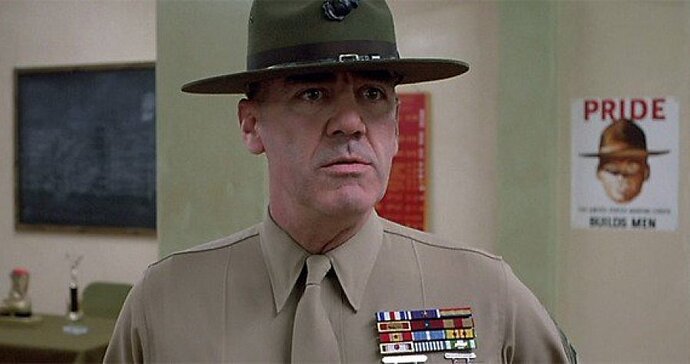 I don’t prefer American cars, but America does make the best tanks.

Well, until December, I drove a significantly modified 96 Impala SS. Like most hotrods, it spends more time being repaired than driven. So, I bought a 13 Durango RT for my daily. It gets the job done. 5.7L Hemi… I can’t complain

My 1996 XJ uses the european spelling for liter on the engine badge.

Liter is the European description, so your’s is worse

My wife has a 2006 LJ… last of the real Jeeps. She’s under strict orders never to sell it.

What’s comical is that I’m a FIAT & Alfa nut

What makes that so?

And you had so much promise.

What makes that so?

Mostly just poking fun at JK owners, but 2006 was the death of the AMC straight-six which was a great engine. It was also the end of Jeep’s long standing front axle design. Can’t be a real Jeep without the possibility of death wobble

I had a cj7 that had death hop

It would randomly hop into the other lane, bent leaf spring, that was normal stuff back then.

My formative years were full of furrin’ cars.
MGs, Triumphs, Alfas, Fiats, even French ones.
The reason was when the previous owner got the estimate for repairs, they raced to the nearest American new car dealer and traded it.
Then the dealer, not having a clue what to do with it, sold them cheap.
To guys like me who had learned how to fix them and where to get parts.
Life was good.

Yep, that’s what originally got me into FIATs. They are cheap to buy, and actually pretty cheap to fix as well. As long as you aren’t paying exotic mechanic rates that is.

My first FIAT was one of these, although this one is my third one. Bought it for $300 because the guy didn’t really have any business owning a classic car of any marque. Fixed it with about $2 of fuel line and drove it 2300 miles home. 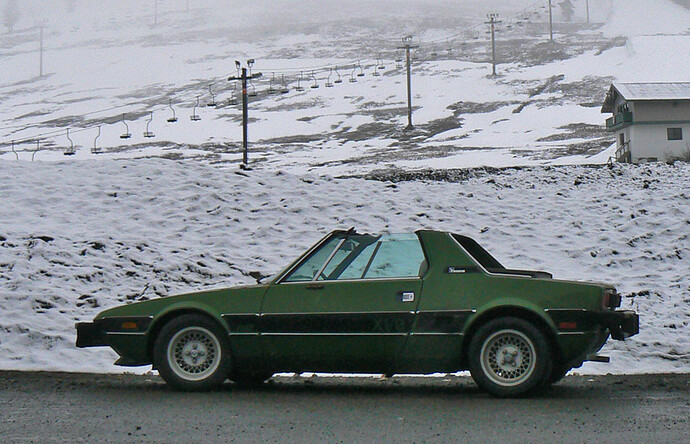 I had an X19, paid about the same price, I had to take the roof off, drove to the mall with my leg pinched between the column and wheel, parked between two compact cars, looked up, and LOL

sold it to my brother in law who thought you really could drive it like jean claude van damme, nope, blew the trans