Ok. Cleaning the barrel of the new to me model 29-5, i found some leading and a pretty rough forcing cone. 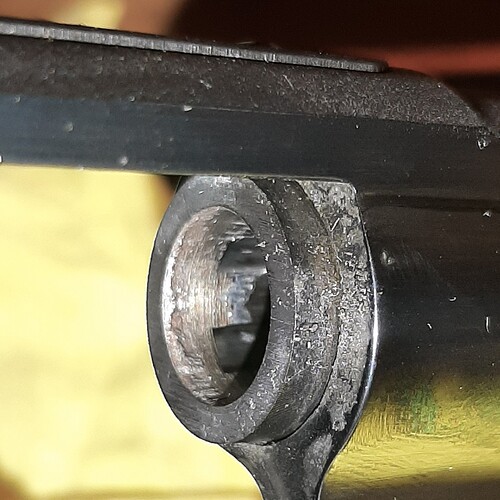 To smooth out the forcing cone, I’m planning on making a pull type lapper,( maybe there’s a better idea?),and use diamond paste for a lapping compound. Does anyone know the angle of the forcing cone? I’ve read it could be 5°, 8°, 11° or 18°. Don’t know if these are per side or included.

This is from shooting cast?

This is from shooting cast?

I haven’t shot it yet but, yeah, lead bullets would be my guess.

Shoot some jacketed stull thru it and see if it cleans it up a little.

I’ll probably take it out tomorrow. See if it shoots straight.

I got most of the lead out. The forcing cone still looks pretty rough. 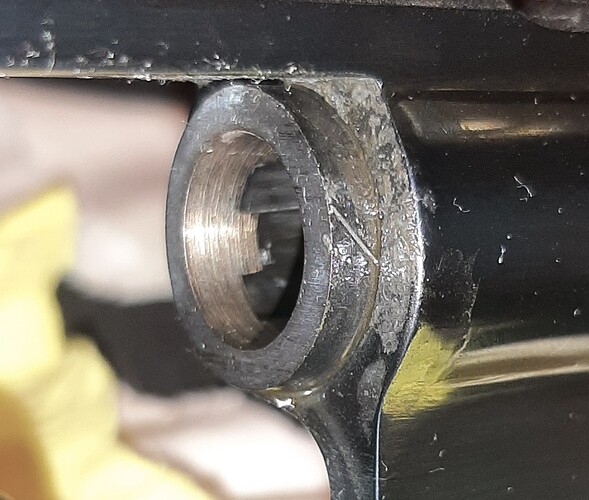 I looked at at my 629-6 and it is not near that rough and it dosnt have as steep of an angle on it . But they have more than likely change things over the years.

There is a gauge for forcing cone depth as well.

If yours is overcut already you would have to do some mods to the barrel.

Look through my 1917 playlist for the vids regarding barrel fixes including setting the barrel back (if your forcing cone is badly out of spec) as well as forcing cone cutting, etc.

The old boy who built my 629 did 11 degrees, shoots both lead and jacketed cleanly. No shaving of lead. It originally had something closer to 5 or 6. Seems like we figured out the Freedom Arms S/A and Ruger S/A’s were also 11 degrees. I’m pretty sure that angle is per side. Pacific tool and gauge is where I get my chamber reamers, good people, they have the cutters for around $50.00, Brownells has a nice kit for $400.00

I’ll probably take it out tomorrow. See if it shoots straight.

Well, I had good intentions but shit happens. Pads and rotors on my kids truck. 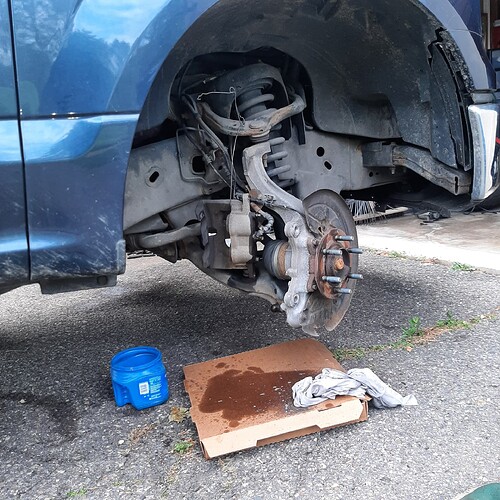 Also consider a very light round over or bevel right at the mouth, edge looks pretty sharp.

Nope. For some reason he listened to his buddies, instead of his wise father, and bought an F150. ( I’m a Chevy guy, to the bone)

Also consider a very light round over or bevel right at the mouth, edge looks pretty sharp.

Thanks, I think that’s a good idea.
Hopefully I can put a couple boxes through it tomorrow and see how good( or bad) it shoots.
I usually only shoot jacketed ammo in my .44s so MAYBE the rough forcing cone won’t be a problem. And to be honest, i probably wont be shooting this one much. I originally planned on it being a safe queen, but I do want it to be right, if that makes sense.

Maybe just a little wet/dry to clean up the rough milling. Jacketed pills don’t need much taper if the timing is good.