Presidential election 2020: Are you voting?

I am not the biggest Trump supporter for a number of reasons and I have been pretty set on not voting. But as things get worse and the left furthers thier agenda towards a communist America I just get the feeling that not voting is supporting the left, which is a far worse option than ol’ Trump could ever be. So I will probably vote for Trump but more out of spite for the left than support of Trump.

What’s your take, who are you voting for?

I believe in Making America Great again… is he the man to do it? Time will tell…

I’m not a Trump fan but he was getting my vote regardless. Trump has been good on policy I won’t deny him that. Plus i loved the videos of the leftist crying and losing their minds when he won the first time.

I’m votin for the black guy 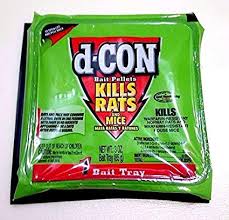 I’m not a Trump fan but he was getting my vote regardless. Trump has been good on policy I won’t deny him that.

I’m in the same camp. I don’t like Trump, but I am happy with many of his accomplishments. He is the lesser of two evils in my opinion. Our great nation is in decline and no president or political party can change that, sadly. The best we can do is vote for people who will delay the inevitable as long as possible.

I’m votin for the black guy

We already had one of them as potus and first lady, traded him in for an orange man with a super model.

I’m no Trump fan boy. And he’s clearly no fan of the 2A, regardless of what he says.
But I’ll be voting for him. The option of a puppet running the government with Bernie, Warren & the squid (not a typo) pulling his strings is not an option.

I’ll have to see what third parties trot out.

No offence but that was part of “should we bury?” discussion last week in the gang. Fudds -never trumpers- blm ass sucking rats etc… all part of the discussion.
That was in the “why we should bury” column.
I’m voting AGAINST rat biden and every demonrat scumbag blaming us law abiding for the actions of their rat hole criminal morons.
Only one choice for me and mine there except tossing our vote in the toilet.
IMHO

I voted for Trump but 15 million dead guys voted against him.